The fire was burning near 40th Street and Lone Mountain Road. 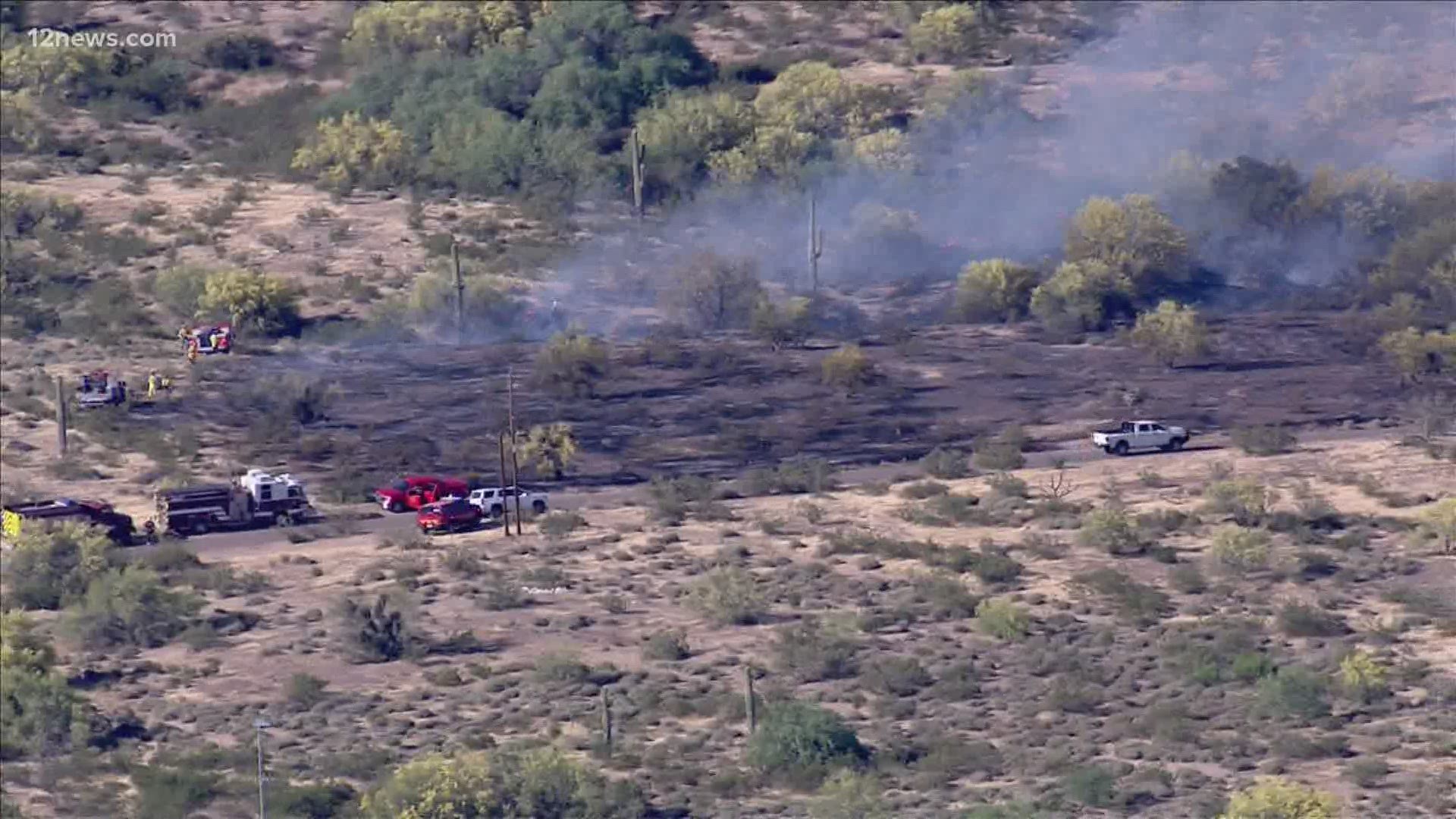 PHOENIX — The Phoenix Fire Department put out a brush fire that broke out Monday afternoon.

The fire was near 40th Street and Lone Mountain Road. Heavy smoke and burnt brush could be seen just a few hundred yards from homes.

Firefighters were assisted the department's helicopter to help protect structures, and the department has contacted the Arizona State Land Department.

By 6 p.m., aerial video of the brush fire showed crews mopping up and firefighters appear to have it under control.

Firefighters say over 13 acres of land were burned but no structures were damaged and no one was hurt.