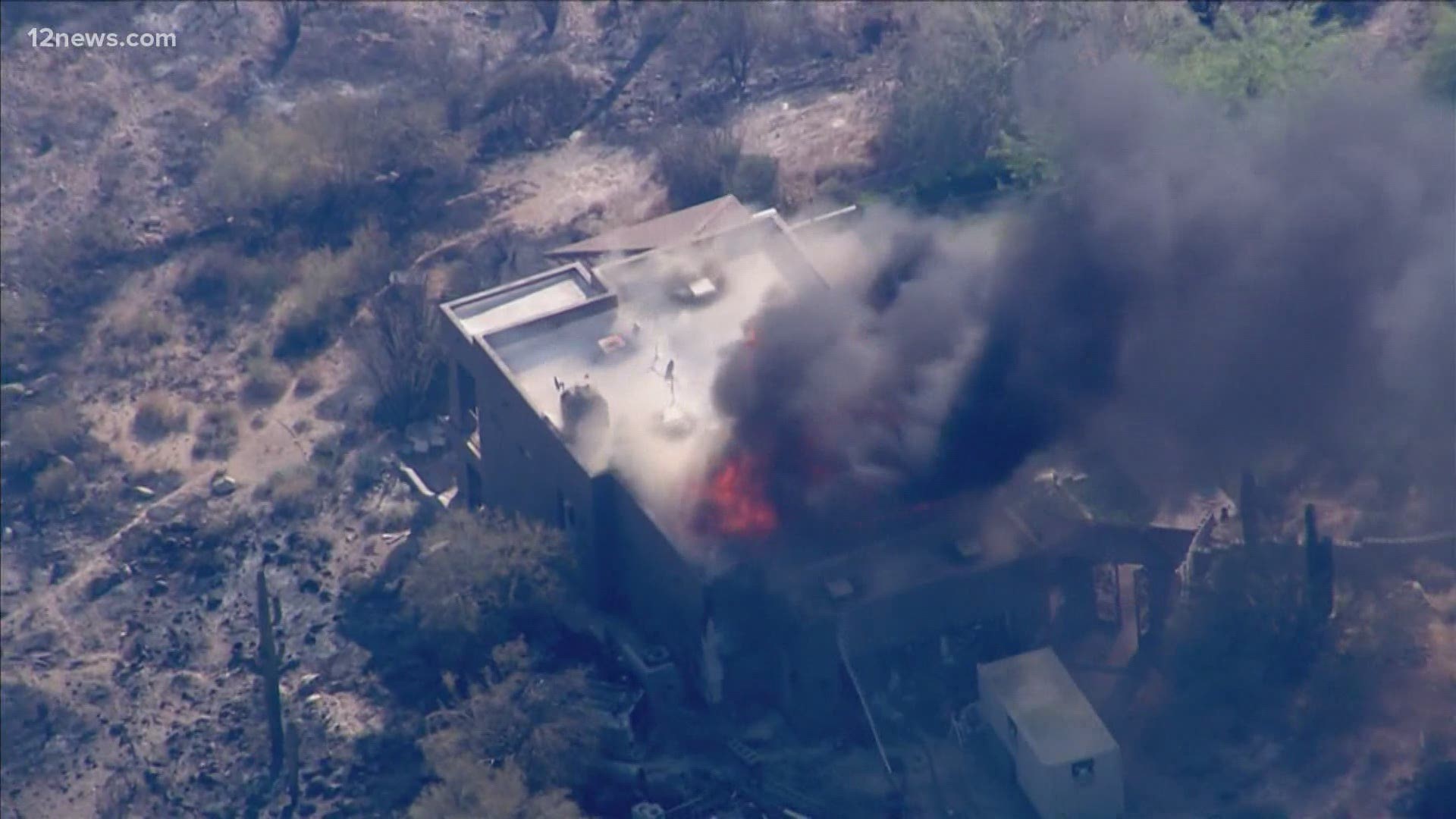 Winds blew what is now being called the Ocotillo Fire toward homes, destroying 20 structures. Eight of the structures burned were homes, firefighters said.

Officials reported that 500 homes were evacuated from the area Sunday morning.

Some evacuations were lifted at 5 p.m. Sunday, including those in the area of Rancho Manana and School House Road.

Evacuations in the area north of Spur Crossing and Grapevine and west of 60th Street and Fleming Springs were lifted Tuesday at noon.

The fire started near the 7th hole of the Rancho Manana Golf Course near East Ocotillo Road and North 56th Circle and quickly spread to hundreds of acres.

Firefighters stopped the fire's forward progress around 7 p.m. Saturday night, with no new growth reported Sunday morning. The Ocotillo Fire was estimated at 980 acres and was 67% contained as of Monday.

The Red Cross has established a shelter for evacuated residents at Cactus Shadows High School. Livestock can reportedly be taken to the Cave Creek Memorial Arena.

About 10 structures have been destroyed the Department of Forestry and Fire Management says. It is unclear whether these were secondary structures.

There are several closures along Cave Creek Road, MCSO says. The closures include:

The cause is under investigation, but investigators have already determined it to be human-caused.

The fire has been categorized as a third-alarm fire, meaning that assistance is required from other departments. Multiple Phoenix crews are assisting firefighters from numerous jurisdictions in fighting the fire.

RELATED: Fire crews put out brush fire off I-17 in Black Canyon City

RELATED: Cause of large pallet yard fire in Phoenix under investigation