"The quality of our water has a major impact on the taste of the beer," says an ASU professor of history and sustainability. 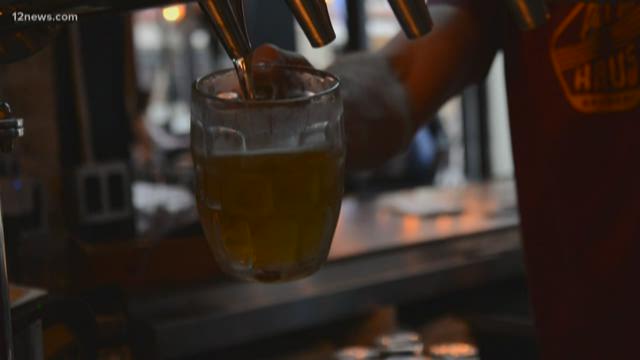 TEMPE, Ariz. - Is climate change putting the future of your beer in danger? Now that we have your attention, a group of brewers, conversationalists and professors are starting a discussion on what's happening to our water.

"It's the No. 1 ingredient we use in beer and it's also the number one ingredient the hops need and the barley needs," says Derek Osborne, brewmaster and part owner of Pedal Haus in Tempe.

Osborne says the majority of our hops in the southwest are grown in Yakima, Washington. This part of the Northwest has shown an increase in heat as well as dry conditions, which are not ideal for hops and barley.

"The quality of our water has a major impact on the taste of the beer," says ASU professor of history and sustainability Paul Hirt. "Where they grow the hops that flavors our beer, they're having problems with longer, hotter summers and less precipitation. It's changing the flavors of the hops and changing productivity," Hirt says.

The Trump administration and Congress are proposing budget cuts for the Environmental Protection Agency. If passed, those cuts could affect what the EPA is able to regulate when it comes to our water supply.

These changes make some local brewers, including Osborne, fearful for what that might mean to their beer.