The 12 news I-Team obtained video showing staff members knew Lambeth was a threat but left the house anyway, locking other residents inside before calling for help. 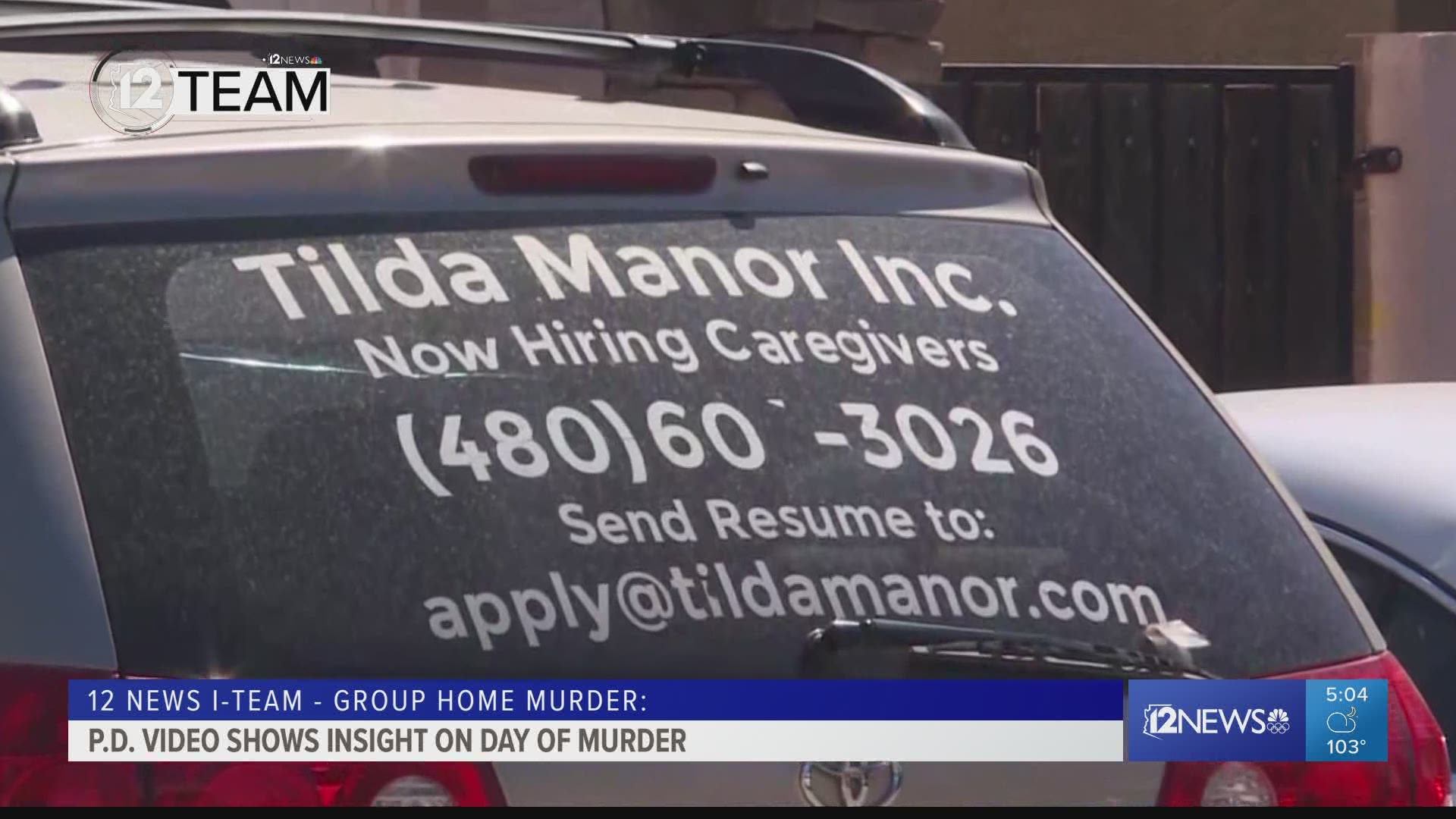 GILBERT, Ariz. — Officers pulled onto Wildhorse Dr. in Gilbert at dawn on April 12 with two staff members from the Tilda Manor group home on that street were waiting outside.

They called for help earlier in the morning.

"Are you guys the ones that called?" an officer asked in the newly-released body camera footage.

The staff members explained one of the residents inside, Christopher Lambeth, tried to attack them earlier. The officers said they'd go talk with him. But when police tried to get in the front door, they discovered it was locked.

"So, you guys are the staff?" an officer asked.

"Yes," one of the staff members replied.

"So, how are you guys going to get in the house when we leave?" the officer asked again.

The staff members tell officers they went out the back to get away from Lambeth and hopped the fence to get to the front, leaving other residents locked inside.

"So you guys left the house without any keys?" the officer questioned again.

About six and a half minutes after police get there, the officers realized someone inside needed help.

"There’s a man inside bleeding from his head," one of the officers said as he peered through the window.

They called for backup and tried kicking in the door. Video shows a staff member hopped the fence again before another resident let the officers in.

They immediately tried to help the man inside but found that he has no pulse.

Police later release that Steven Howells, another resident at the home, was bludgeoned to death.

"You know what?" one of the officers said as they comb through the scene. "Somebody probably walked up through this and went into the bathroom and took a shower."

A trail of blood led officers to the bathroom where they ultimately found Christopher Lambeth and arrested him.

Gilbert police haven’t released how long it took officers to get to this house after the staff members called 911.  A 911 recording reveals that staff members told the operator they didn’t need an ambulance when they called for help.

It wasn't unusual for police to respond to this particular group home. At the time of the incident, Gilbert Police say they'd responded to the home 52 times since 2019.

Mesa Police records show police have responded to the two group homes there a combined 176 times since 2018.  Some of those calls included assaults, missing persons and suicide attempts.

No one from Tilda Manor has ever answered any questions about this investigation and has never responded to calls or emails from 12 News.

Christopher Lambeth’s attorney said she had no comment on this. He pleaded not guilty to a first-degree murder charge and is being held in a Maricopa County Jail.