All week, 12 News is taking a closer look at a black-owned business in the Valley, some of them in downtown Phoenix where this past week’s protests have taken place. 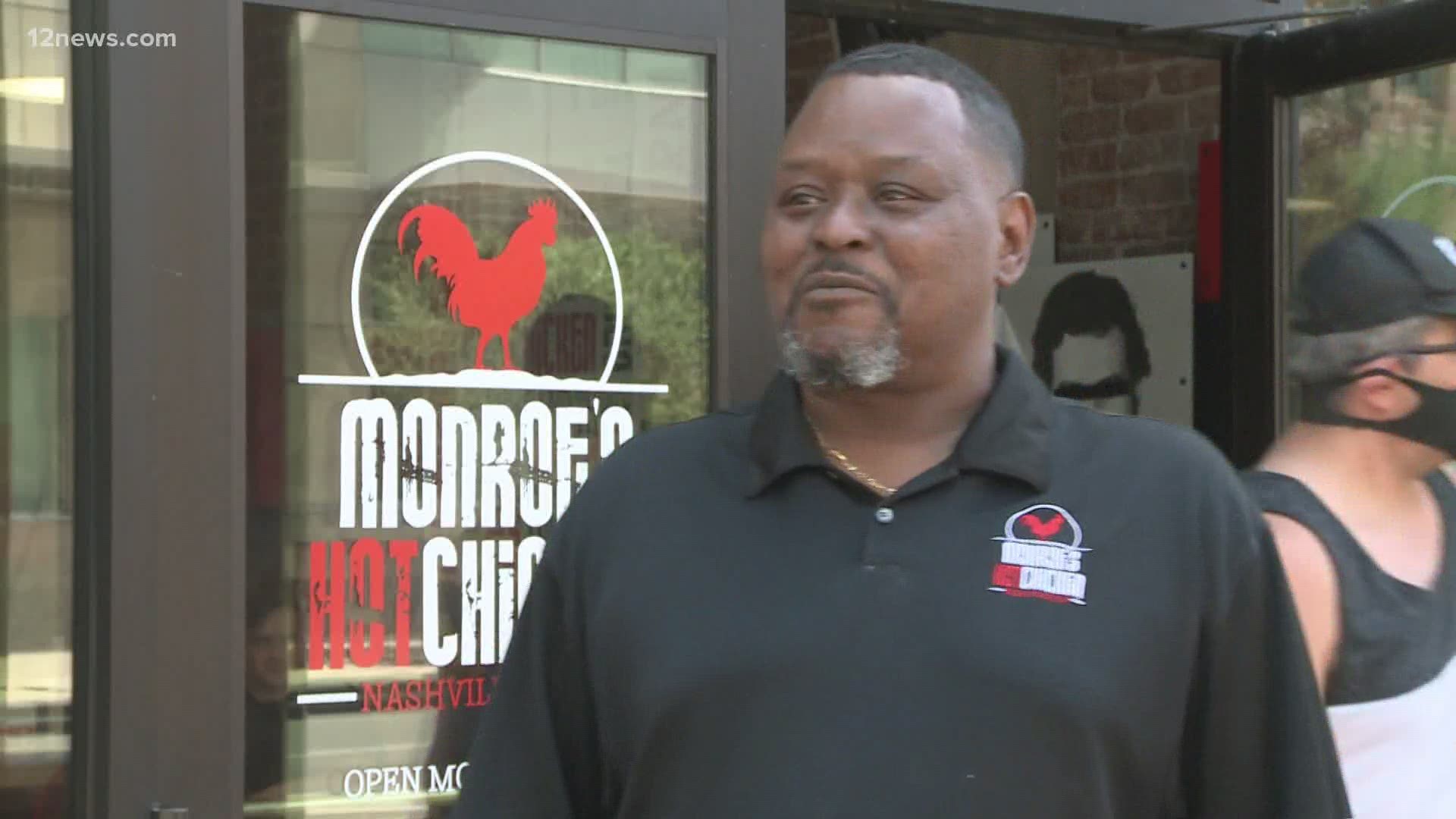 PHOENIX — Already a staple in Phoenix, the owners of Lo-Lo’s Chicken and Waffle’s branched out and brought this new concept a little more than a year ago: Monroe’s Hot Chicken.

“It’s a really good concept we’ve had with Nashville Hot Chicken,” Said Ralph King, the General Manager of Monroe’s Hot Chicken.  “It’s really been a successful thing for us.”

Normally a bustling restaurant since its beginnings in February of 2018, COVID-19 slowed things down for Monroe’s - that is until the hashtag “Black Tuesday” popped up.

Black Tuesday is a social movement to amplify the African American voices and perspective – and support businesses.

“It was like, ‘We’re going to run out of the product!’ and I’m like, ‘Oh, no we’re not!  I’m going to figure this out!’” King laughed about trying to keep up with demand Tuesday afternoon.

It’s the kind of boost that King’s business needs.  With the influx of people gathering in downtown phoenix for the protests, Ralph says people just want to be heard.

“It’s that time, I think they’ve had enough.  I love it that down here lately [in downtown Phoenix] it’s been just a peaceful thing and everybody is voicing their opinion and I think they have to have that right to do that as part of being an American.” King explained.

And he hopes this time, whatever changes occur, are lasting changes.

“I mean, I’ve seen a lot of protests, I’m not a young man, so I’ve seen a lot of these protests and it seems like after a few days it all goes down and everything goes back to the way [it was].  I hope with this one, we get to see some real, real change.” King said.

And even thought it won’t be easy – he’s confident it can happen.

“We need to sit down at the table and iron out some of these issues.”