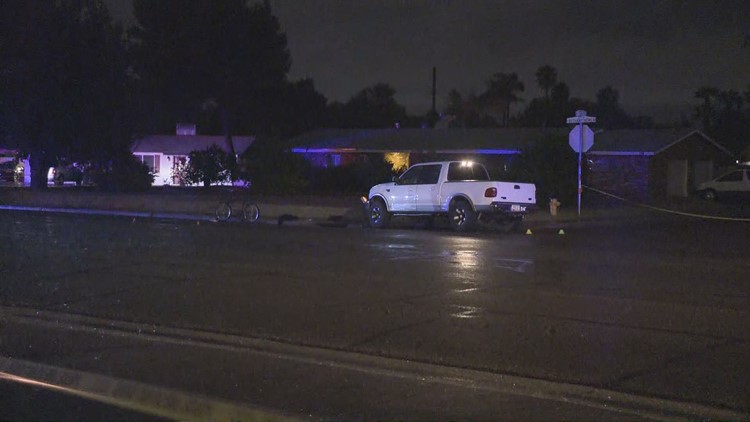 Bicyclist dead after being hit by vehicle in Phoenix

A bicyclist died Thursday morning after being hit by a vehicle in Phoenix, according to police.

The crash happened near Bethany Home Road and Central Avenue. Police responded to the collision just after 3 a.m.

According to police, the bicyclist was crossing Bethany Home Road and was hit by the vehicle traveling westbound.

The bicyclist was taken to a local hospital where he later died.

Police said the driver stayed at the scene and impairment is not believed to be a factor in the crash.

The bicyclist was later identified as 30-year-old Harris Begay.