Team 12's Mark Curtis joins a Phoenix woman on her emotional journey and trip to Canada as she gets gender reassignment surgery. 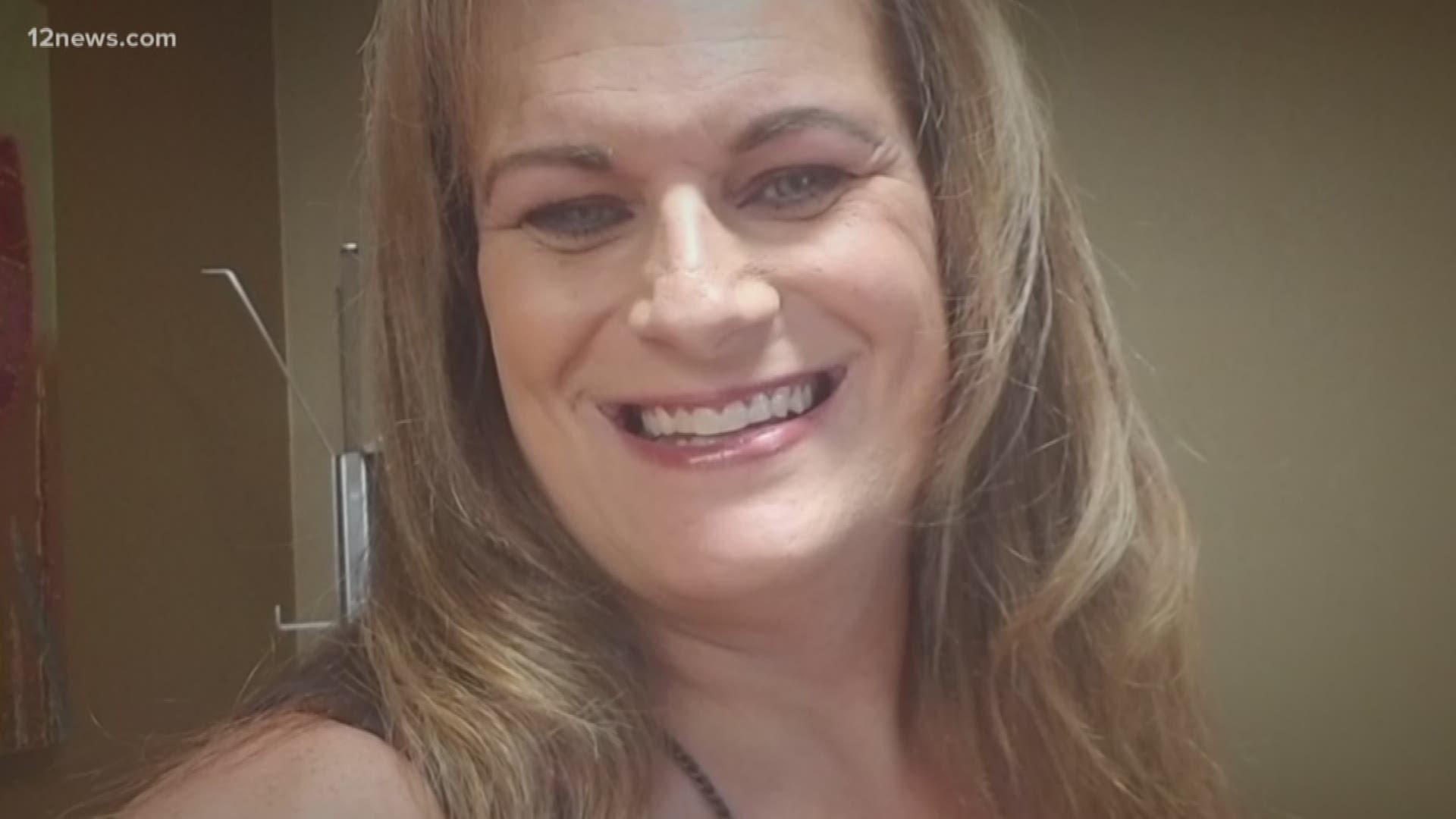 PHOENIX - I’ll admit I was a little bit surprised when Rachel Price showed up to my house to fix my broken dishwasher. Rachel has been fixing broken things for years. Since she was five years old, she knew something was broken in her.

“It was tough, especially growing up in the 70s and the 80s,” Rachel said. “Back then you didn’t come out and say you were trans, I mean you would've been considered gay or there’s something wrong with you, so you hid it, you kept it a secret.”

Like more than one million Americans, Rachel is transgender. This isn't a matter of sexual orientation, instead for transgender people, their internal gender identity doesn't match the sex they were assigned at birth.

Since she was young, Rachel knew she was a female trapped in a male body.

“That’s what society said, ‘you were born a man, you need to be a man.’ But then you get to a point where you just can’t do it no more and it’s either you commit suicide or you change,” she said.

More than 40 percent of transgender people have either thought about or attempted suicide, according to Dr. Pierre Brassard, one of the world’s most renowned gender reassignment surgeons.

It wasn’t that long ago that Rachel was James. A guy who dated women, fell in love and even had a child.

But inside, James felt out of place. When James looked in the mirror, she knew biologically she was all wrong.

“It took me until I was about 32 years old to the point where it was like, ‘okay it’s my turn.’ I worried about everybody else, my mom and my dad, how they would feel about it. That’s a big thing in the trans community. People come out and when they come out, they lose their families,” Rachel said.

The most difficult person to tell was Tishia Stewart, the mother of Rachel’s daughter.

“When he told me that he wanted to be a woman I was like, wait a minute, that’s not possible, you’re my Russell Crowe, my gladiator,” Stewart said. “That’s very painful to me and it does anger me because I felt like I was betrayed by a person that I had a child with.”

Despite the anger and the feeling of betrayal, Stewart accompanied Rachel to Montreal for her gender reassignment surgery. Rachel allowed us to join as well as she, on the eve of her 50th birthday, prepared for the most life-altering surgery that a person can go through.

“I remember as a kid laying in bed praying to god, please make me a girl and it never happened and now it’s going to happen,” Rachel said.

Brassard has had his practice since the early 1990s. He said one of the most difficult things for doctors and transgender people is that there is still no definitive biological or medical reason as to why somebody feels the desire to change their gender.

“There are many theories, there’s nothing that we can pinpoint that explains it,” Brassard said. “There could be something in the womb, hormones, it could be a brain thing, we can not identify an anomaly specifically to make the diagnosis.”

Brassard says the gender reassignment surgery is far and away the most fulfilling part of his practice.

“Every week, I get patients crying in my arms and saying, 'thank you, you gave me my dream' and many patients dream of this since their childhood,” Brassard said. “I hear also, ‘you saved my life.’ I need to be very modest about that. Yes, this situation can be life or death but at the same time, the patients come to me after a long process and they’re survivors and they came to me as survivors and I think they saved themselves.”

Rachel waited almost 45 years for surgery. On that day, she was given an epidural and would be awake for Dr. Brassard's life-changing surgery.

“I’ve put it all on hold and it eats me up inside to have to keep waiting,” she said.

The day after her surgery, we came by to visit Rachel, who was on an emotional roller coaster. She was thrilled to finally and in every way possible call herself a woman, but very aware of the pain that she had caused.

“I just want to be me and I finally get to be me,” she said. “And yes did I hurt a lot of people? Yes. My daughter is hurting, her mom is hurting, my brother is hurting, they’re all hurting and I feel very bad for them, but I can’t stop being who I am because of them hurting.”

If you or someone you know is struggling or experiencing suicidal thoughts, you can reach out to Trans Lifeline at 877-565-8860. The 24/7 hotline for transgender people is staffed by transgender people and is available in the U.S. and Canada.