The suspect was a basketball coach at Heritage Academy in Laveen. 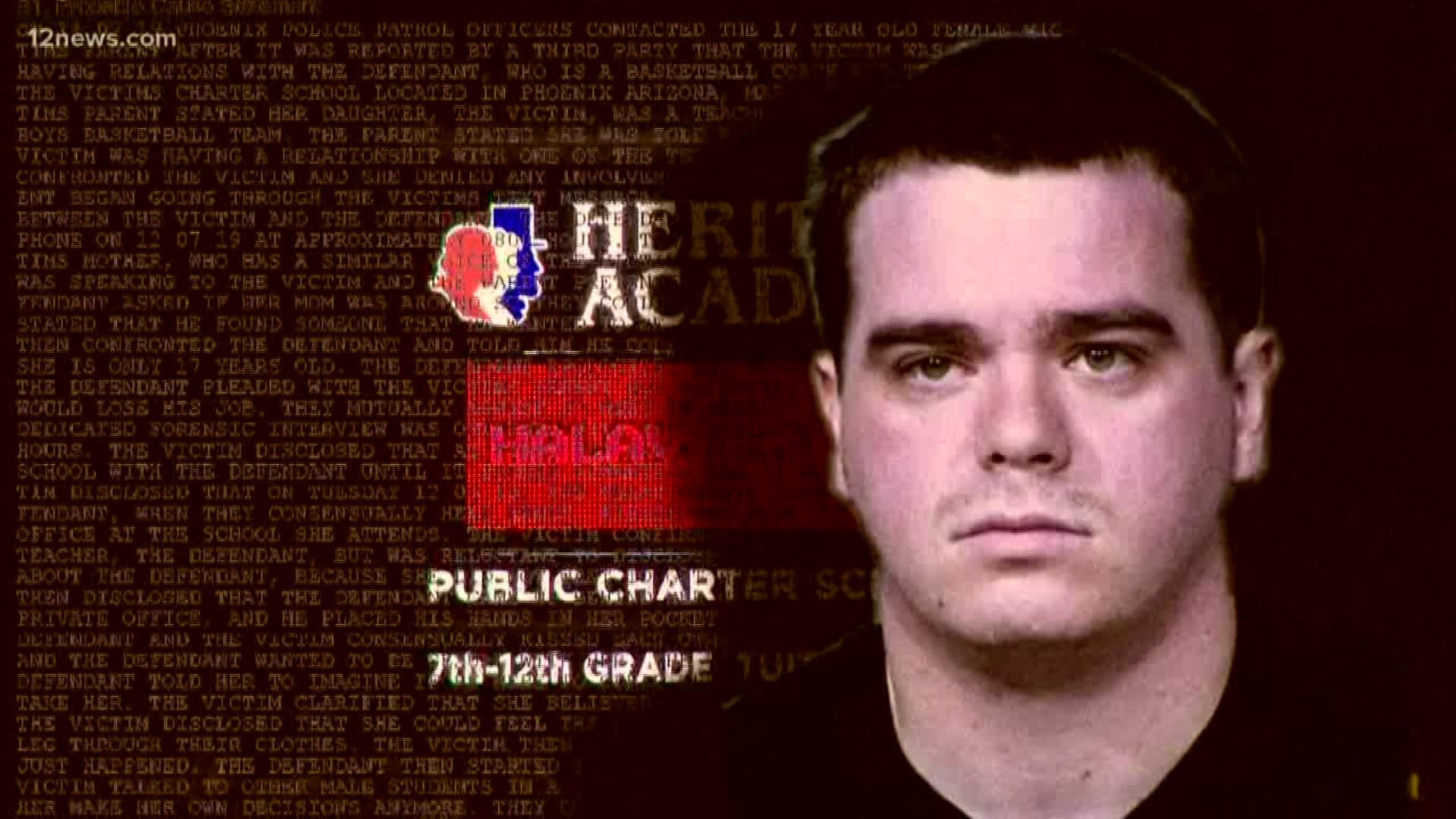 A basketball coach at a Phoenix-area high school was arrested Saturday after he admitted to sexual contact with a student, police say.

The victim's mother caught on to a sexual relationship between Sean Katz and a 17-year-old girl, police say.

The victim's mother found texts between the victim and Katz, then recorded a phone conversation where he admitted to sexual contact with a minor, police say.

The victim told police that the sexual contact happened in an office at the school.

Katz was a coach at Heritage Academy Laveen, according to a now-deleted Facebook post and biography on the school's website. The school issued a statement Tuesday afternoon:

"Mr. Katz has been terminated and as there is a pending investigation, we have no further comment on this matter. Thank you."

Heritage Academy Laveen is near 43rd Avenue and Baseline Road.