A baby and her mom are doing well after a rare complication that only happens a few times every million pregnancies threatened both their lives. 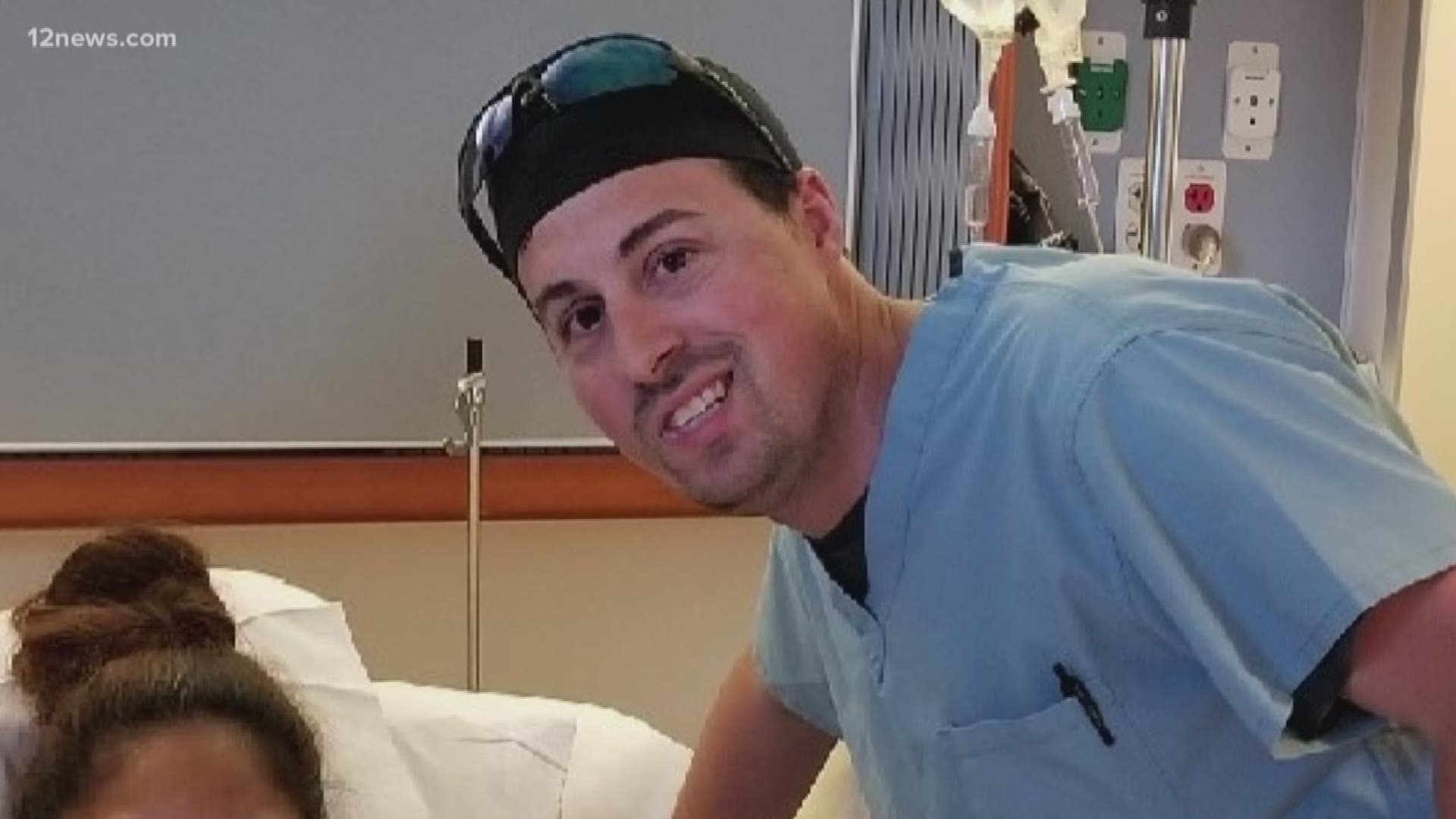 There's a reason why the Tuuholoaki family took a picture with their OB-GYN Dr. Greg Marchand.

“Later on, when she gets older, we'll be able to explain to her like, 'Hey, there's a reason, and this guy is the reason why she's here.” said Salomone Tuuholoaki, sitting bedside as mom Taumohe holds their little 8-pound 1-ounce baby girl named Fusi.

Fusi was born at Tempe St. Luke’s Hospital on June 1, 2018, but what makes her delivery so special is that her mom Taumohe had a heterotopic pregnancy.

“It's a really rare occurrence. It only happens a few times every million pregnancies or so," Dr. Marchand said.

A heterotopic pregnancy is a rare complication when two simultaneous pregnancies are in separate implantation sites, occurring both inside and outside the uterus.

But in this case, Dr. Marchand was able to save not only the baby, but the mom—whose life was hanging in the balance as well.

“To have her, to see her, and to know that she's perfectly fine, that she actually made it through, it's a blessing that we still have her.” Taumohe said.

And with Father's Day coming up, Solomone considers his new daughter a miracle.

“It's more than a Father's Day present for me and my family," he said.

Fusi is the couple's seventh child. And in case you're wondering, they say they're done having children.