'They're doing everything a firefighter does': Public safety outreach held in Glendale for girls looking to enter the field

The gender gap is wide for both police officers and firefighters. Aspire Academy is hoping to narrow those gaps with its hands-on experience. 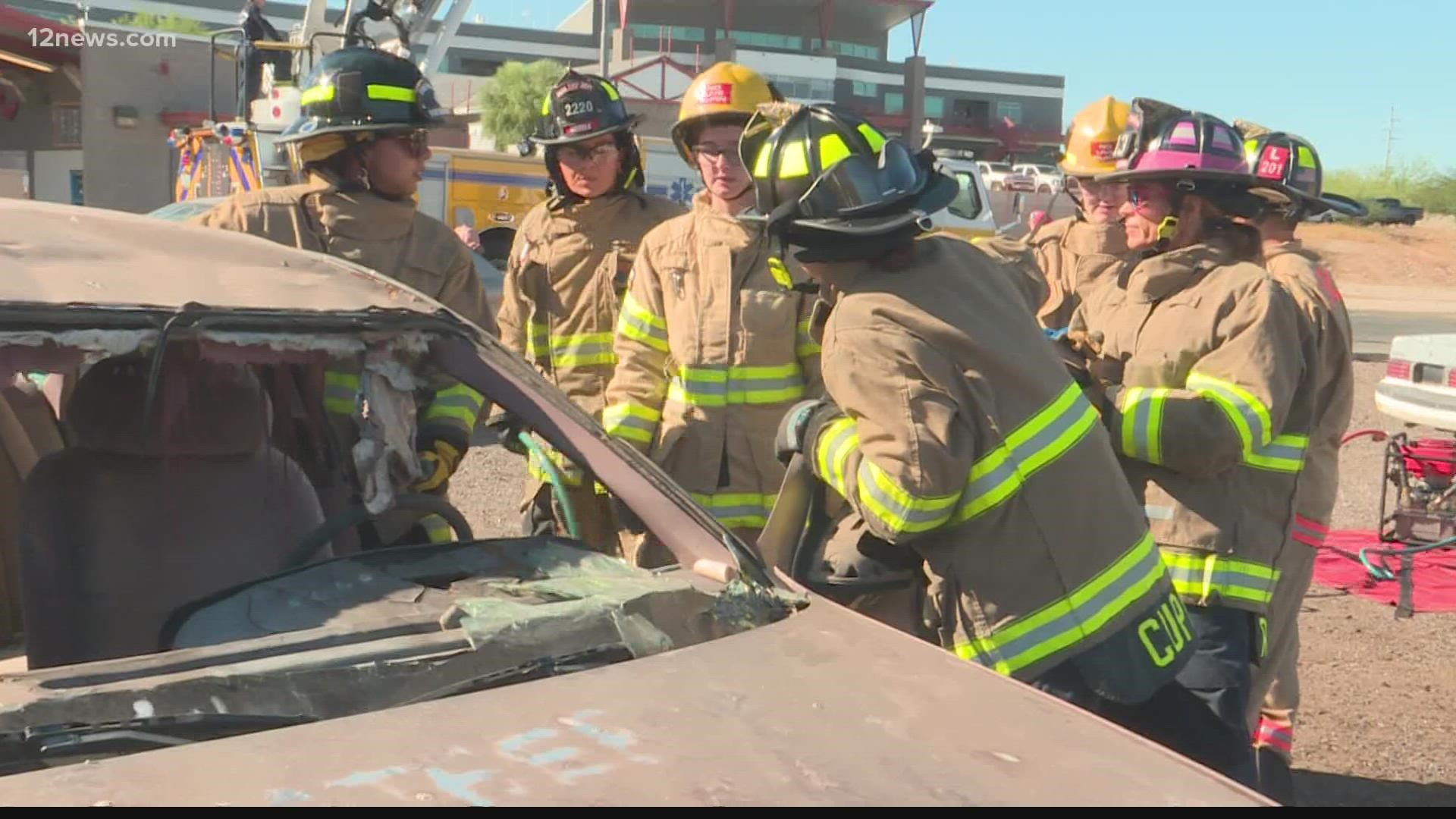 GLENDALE, Ariz. — Young women with aspirations to work in public safety gathered in Glendale to get real-life experience in law enforcement and fire protection.

The fifth annual Aspire Academy started on Thursday at the Glendale Public Safety Training Center. The academy was aimed at providing girls between 14 and 18 years old a chance to see the opportunities available in the field for women.

Vivianna Arias, a freshman at Dysart High School, has dreamed of joining the FBI someday.

“I just love crime. I like mystery, I love to solve them, and you can expect the unexpected,” Arias said.

“Tomorrow [Saturday] is police day, where we are teaching them on the driving track, we’re going to let them go to the firing range, they’re doing building searches, they’re learning DUIs and they’re also learning crime scene investigations,” Lt. Bousman said. “We have our CSI team out here, going to show them how to find DNA, fingerprints, all that kind of cool stuff.”

For Franklin Police and Fire High School Sophomore Robin Enriquez, fire day is what she has been looking forward to for a long time.

“I’m working on being a firefighter,” Enriquez said. “I really just like protecting people and helping them and trying my best to keep people safe. I’m hoping I could figure out some things I’m going to expect in the future.”

According to the FBI, only 12.6% of all police officers are women.

In fire protection, the gender gap is even more pronounced, with only 8% of firefighters being women, according to the National Fire Protection Association.

That’s what the Aspire Academy hopes to change.

“It shows the girls that they can do anything the boys can do,” said Lt. Bousman. “What we want the girls mostly to learn is empowerment. It’s strength, it’s confidence in themselves and their abilities. And this is a great program to teach that.”

The Aspire Academy operated in Mesa for the first four years. This is the first year the academy was held in Glendale. The plan is to switch between Mesa and Glendale every year to give all girls across the Valley a chance to see if public safety is the right career for them.