Missing Marine Jesse Conger is wanted in Utah for allegedly retaliating against his girlfriend, documents show

Jesse Conger, who was last seen on Aug. 14 at his apartment in Scottsdale, is wanted in Utah on one count of retaliating against a witness, victim or informant. 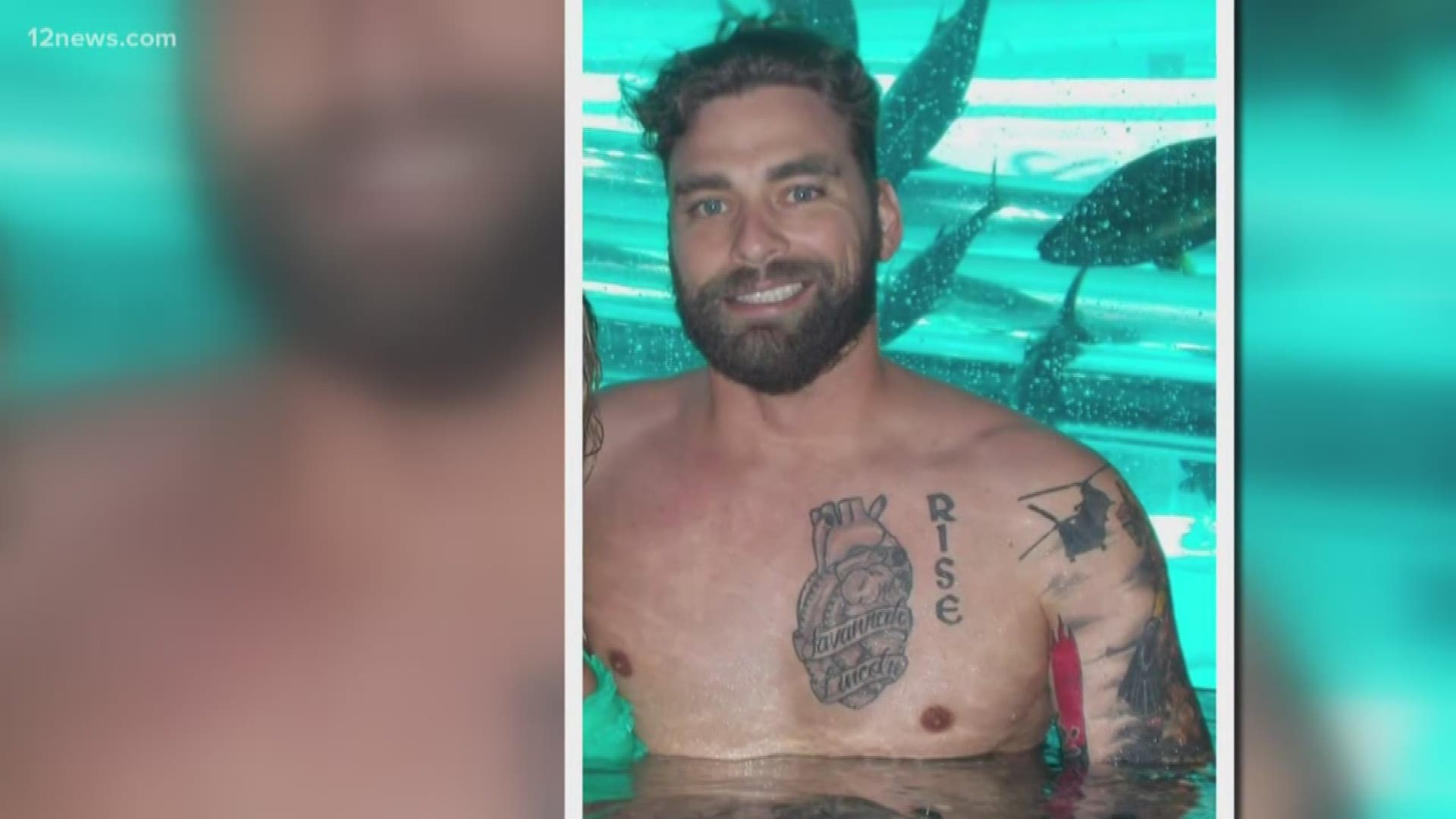 Editor's note: The above video is from an Oct. 5 newscast.

An arrest warrant was issued last month for a missing Marine who was last seen at his Scottsdale apartment in August, documents obtained by 12 News showed.

Jesse Conger, who was last seen on Aug. 14, is wanted on one count of retaliating against a witness, victim or informant out of Utah, court documents showed.

According to Utah district court documents, a woman called police on April 19 to report her fear of Conger, who was described as her boyfriend. She said he had been drinking heavily the previous days and had access to multiple firearms. The documents said the girlfriend did not report that any crime had occurred that night.

The woman also described Conger as a combat veteran with post-traumatic stress disorder who self-medicates with alcohol and marijuana, has been violent, verbally abusive and controlling, threatened to kill her and himself and regularly pushes her for disagreeing or arguing with him.

The girlfriend requested a temporary protective order that same day, citing a long history of abuse and threats from Conger. She provided multiple text messages showing an apparent argument between the pair when she tried to end the relationship.

In addition to blaming the girlfriend for all the problems in their relationship and calling her abusive names, Conger also reportedly threatened to kill her in the text messages.

"Because once I start swinging at your life with my axe there will be no stopping me until you’re bloody and still," one of the text messages read, according to the documents.

"If you (expletive) me like this I will go next level crazy on your (expletive) the likes the world has never seen[.] So if you want to be stupid, be stupid…. There will be dire consequences.”

On May 29, Conger reported to police that the girlfriend assaulted him back on April 19, claiming that she had attacked him by throwing a water bottle at his head while he was sleeping because she could not find her computer.

Conger told police that the woman was angry with him that morning because he hid her work equipment the night before while she was outside with police. He allegedly admitted he knew she needed the equipment and had acted maliciously because she had called police “for no reason."

Police interviewed the girlfriend about Conger's report on June 13. She said she woke up on April 19 and found her work equipment missing. She said she woke Conger up by shaking his arm and yelling at him, but claimed he threw the water bottle at her first and she threw it back.

The girlfriend told police that she was unable to work that day and had lost more than $1,200 in commissions. She also provided police with a pay stub corroborating her earnings.

This, according to the court documents, constitutes harm perpetrated upon the girlfriend as a victim and informant by Conger as retaliation for instigating an investigation by police.

The arrest warrant was issued in the Fourth Judicial District Court in Utah on Sept. 10, according to documents.

Conger is wanted on one count of retaliation against a witness, victim or informant, a third-degree felony.

According to KSL, Conger was supposed to appear in court on Aug. 29, two weeks after he went missing.

The Utah County Attorney's Office tried to serve Conger with a summons, but was unsuccessful, court documents showed.

A judge ordered Conger to be extradited to Utah. A bail was sent for $10,000.

Conger has been missing for almost two months. He was last seen on security camera footage on Aug. 14 leaving an apartment complex near 85th Street and McDowell Road in a silver Toyota Camry with Nevada plates.

12 News has reached out to Conger's family for comment. The family posted on Facebook on Saturday that they were still searching for him but haven't been able to find him or his car.

He has been known to have PTSD. His family said he served multiple tours overseas.

There is a Google map here that details where his family has already looked for him.

If anyone has any information on Conger's whereabouts, they're asked to contact Scottsdale police at 480-312-1911.

RELATED: A Valley man who never showed for service at Camp Pendleton found safe in Texas