Kathy Hoffman took oath on a children's book titled "Too Many Moose" as she was sworn in as superintendent of public instruction. 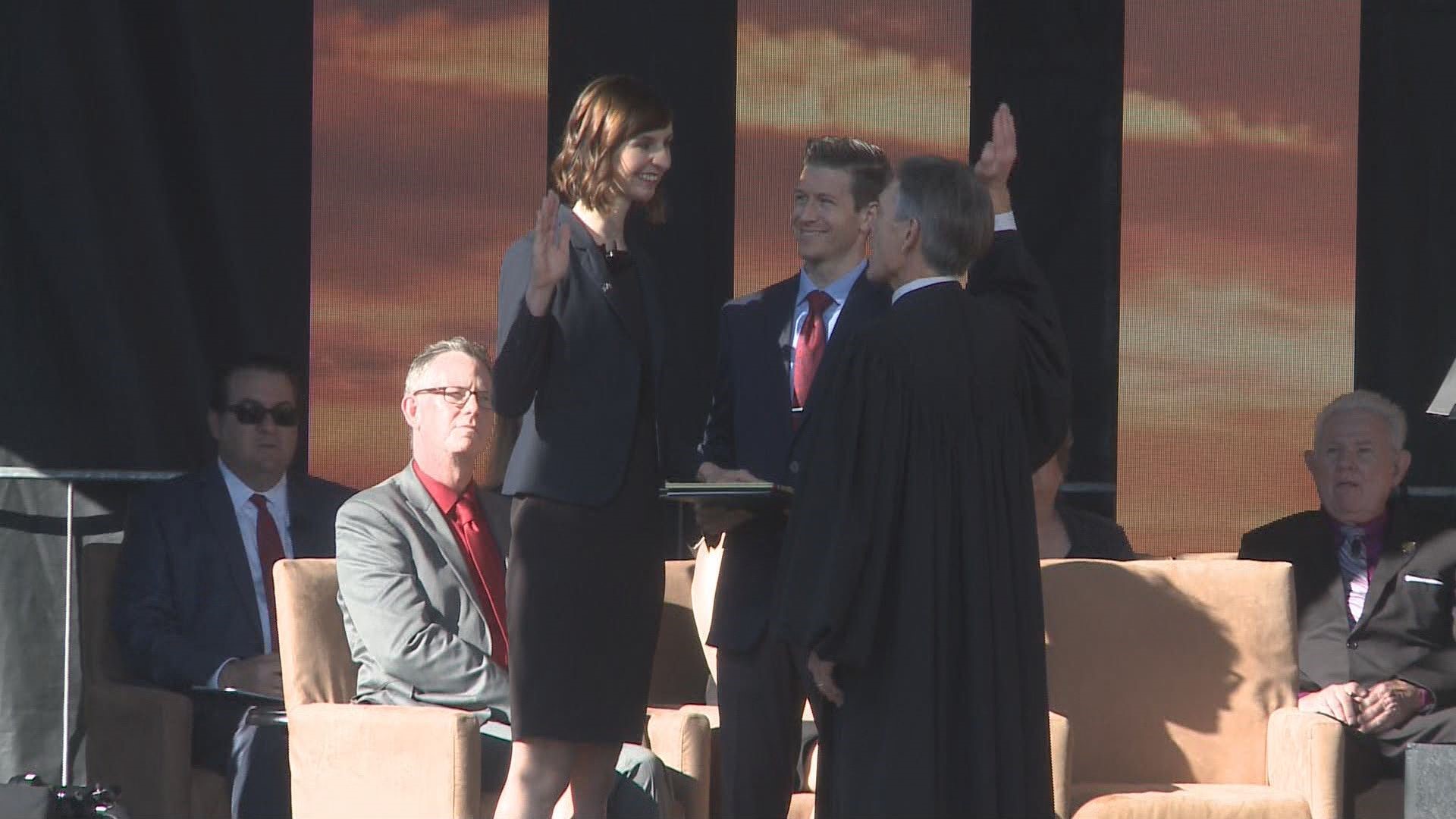 Kathy Hoffman was sworn in as Arizona’s superintendent of public institution Monday morning with her right hand up and her left on a children’s book.

The political newcomer and former educator who defeated her Republican opponent Frank Riggs in November said she took oath on the book, “Too Many Moose” for sentimental reasons.

“This is my students’ favorite book. This is the book that my students always wanted to read from,” Hoffman told 12 News political reporter Brahm Resnik Monday after the inauguration ceremony.

She said her students are what kept her going during her campaign.

“Too Many Moose,” written by Lisa Bakos and illustrated by Mark Chambers, follows Martha who decides she must have a pet and lands on an unusual pet moose. According to the summary on GoodReads.com, Martha loves her new moose friend so much she believes more moose must be even better than one, but soon she has too many to handle.

“It does have great alliteration in it, so we’re working in all sort of kinds of vocabulary and phonics-type skills when we read this,” said Hoffman, who was a school speech therapist prior to the election.

“I have worked my entire career in Arizona's public schools," Hoffman said speaking to the crowd at the inauguration. "I have seen what students are capable of when they have the resources."

Hoffman is taking over for Republican Diane Douglas, who faced criticism last year when she submitted edits to the Arizona science curriculum that watered down references to evolution.

Hoffman said she will do an audit of the department to figure out what is working and what is not.