A variety of issues has kept people from getting unemployment benefits they've been approved for. 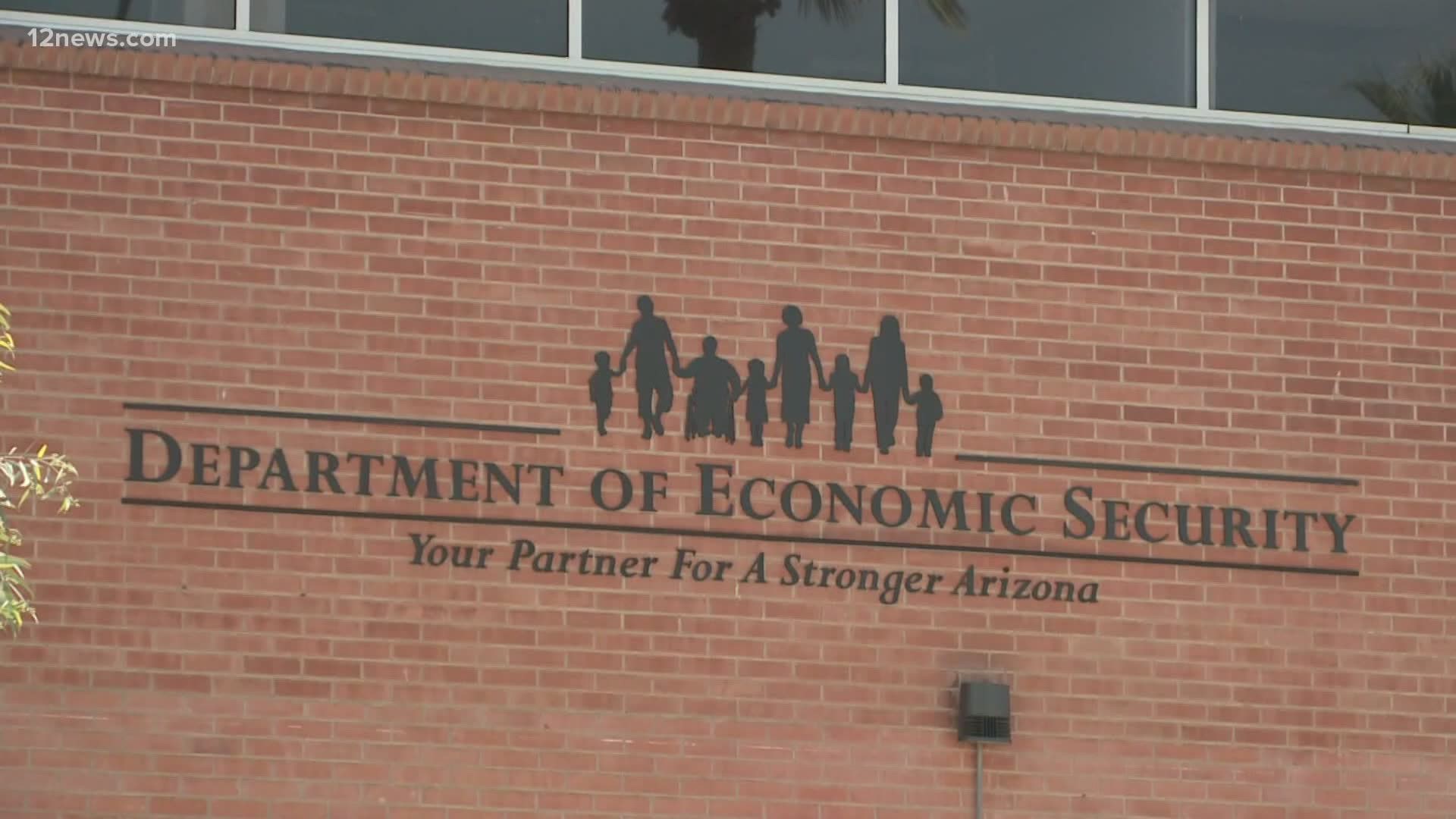 PHOENIX — Arizonans are still waiting on unemployment benefits they’ve been approved for as the Arizona Department of Economic Security continues to have problems getting payments out to people.

Among those waiting for their benefits is hairstylist Laura Ramos. She stopped working when COVID-19 hit. Ramos said she was approved for Pandemic Unemployment Assistance (PUA) and waited weeks for a payment to come through.

“I had it for three weeks and then all of the sudden it stopped,” Ramos said.

Ramos’ portal shows her payment for this week is “in progress.”
It’s just one in a series of issues Arizonans have told 12 News about trying to get their benefits.

The issues include people showing weeks of “in progress” payments with no answers from DES as to why. While others receive debit cards full of money being sent out by DES to people who never applied for benefits. Still, others who have applied and receive their debit card, but weeks have passed still with a $0 balance.

RELATED: Valley woman says she mistakenly got money from DES while others wait for benefits

Epstein said she’s continued to hear stories of people who have been waiting on DES to process payments.

“I have not heard a good explanation for what’s going on at all,” Epstein said.

“People would feel more comfortable if they had a sense of, ‘okay, it’s broken now, this piece is going to get fixed.’ A timeline would be very helpful, I’m not hearing one.”

DES said in part in a statement to 12 News they recognize families are struggling, but say investigating fraud has slowed the process. They said, “(A)ny delay in payment can create additional hardship.” Adding, “We appreciate our claimants’ patience and partnership.”

“They’re saying they know that is a hardship, they know that this is going to put many people in hardship, but just ‘thank you for your patience.’,” Ramos said. “It’s like well, like, alright, you can say that. You have a job, you know what I mean? But we don’t have an income.”