During the following weeks, the U.S. Army veteran not only lost his income and his apartment but he was diagnosed with stage 4 colon cancer. 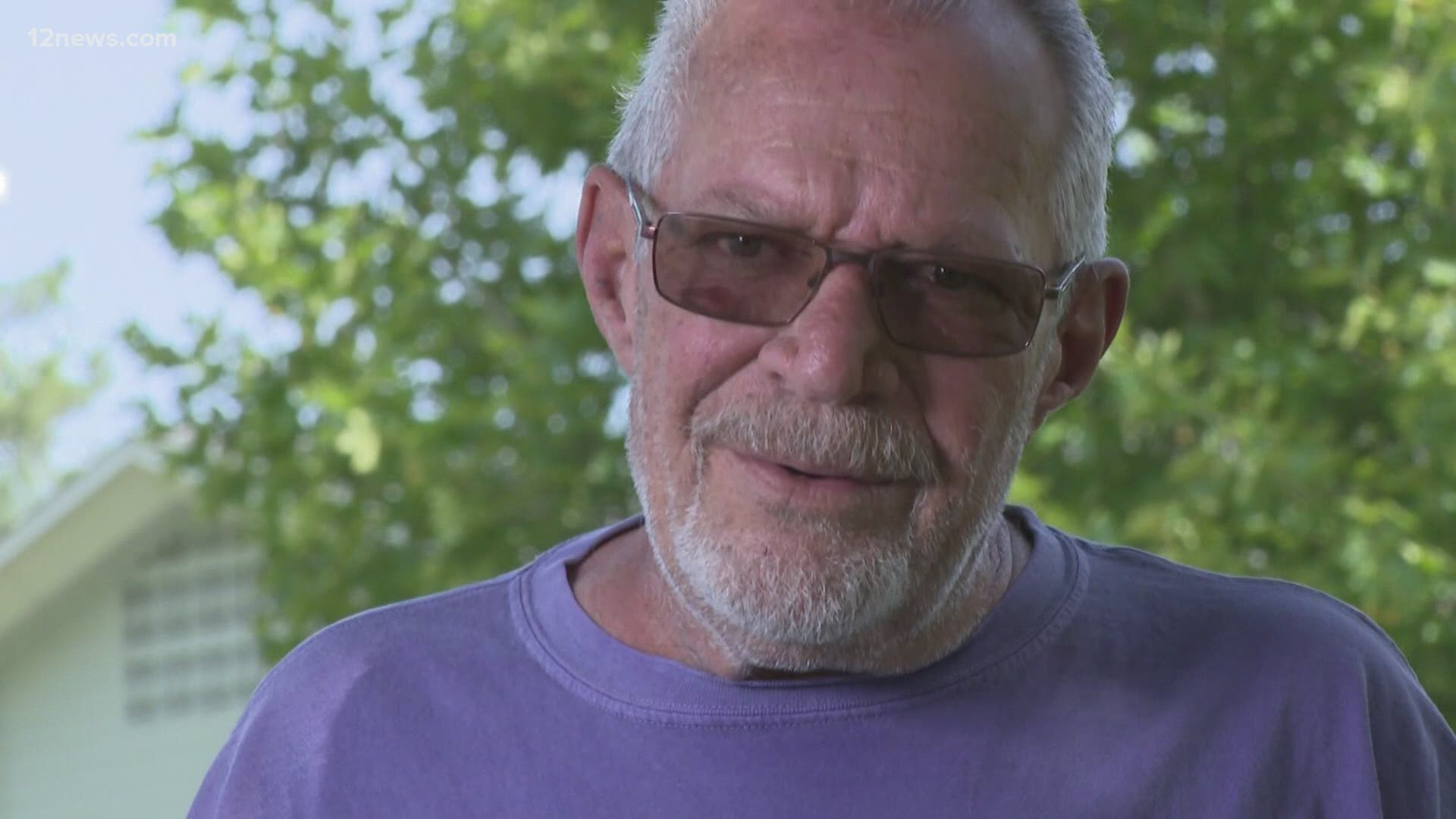 PRESCOTT, Ariz. — Michael Callas sold cars at a Prescott auto dealership until he was let go on March 28th.

During the following weeks, the U.S. Army veteran not only lost his income and his apartment but he was diagnosed with stage 4 colon cancer.

Callas applied for unemployment assistance from the Arizona Department of Economic Services in late July and he qualified.

Although Callas is now receiving unemployment pay, he believes he’s owed three months back pay. He’s made numerous attempts to speak with someone at DES but has been unsuccessful.

“I have a lot of medical bills now. I would address some of that stuff. I would pay back my landlord where I was, and take care of my obligations,” Callas said.

Michael is living in transitional housing for vets.

On Thursday, 12 News asked Gov. Doug Ducey about Arizonans who have unresolved unemployment claims in Arizona.

“I would encourage them to be persistent, to use the phone to use the internet, but there’s a tremendous amount of resources going out to help these individuals,” Ducey said, noting that 1.3 million Arizonans have already received benefits.

DES tells 12 News they are looking into Callas’ case and will follow up with him as soon as possible.

This as the agency continues to receive more than a hundred thousand new claims each week, a spokesperson said.