Arizona students take an anti-vaping campaign to the State Capitol

The vaping epidemic is taking center stage at the Arizona State Capitol, as the number of teens who vape has doubled in the past two years across the nation. 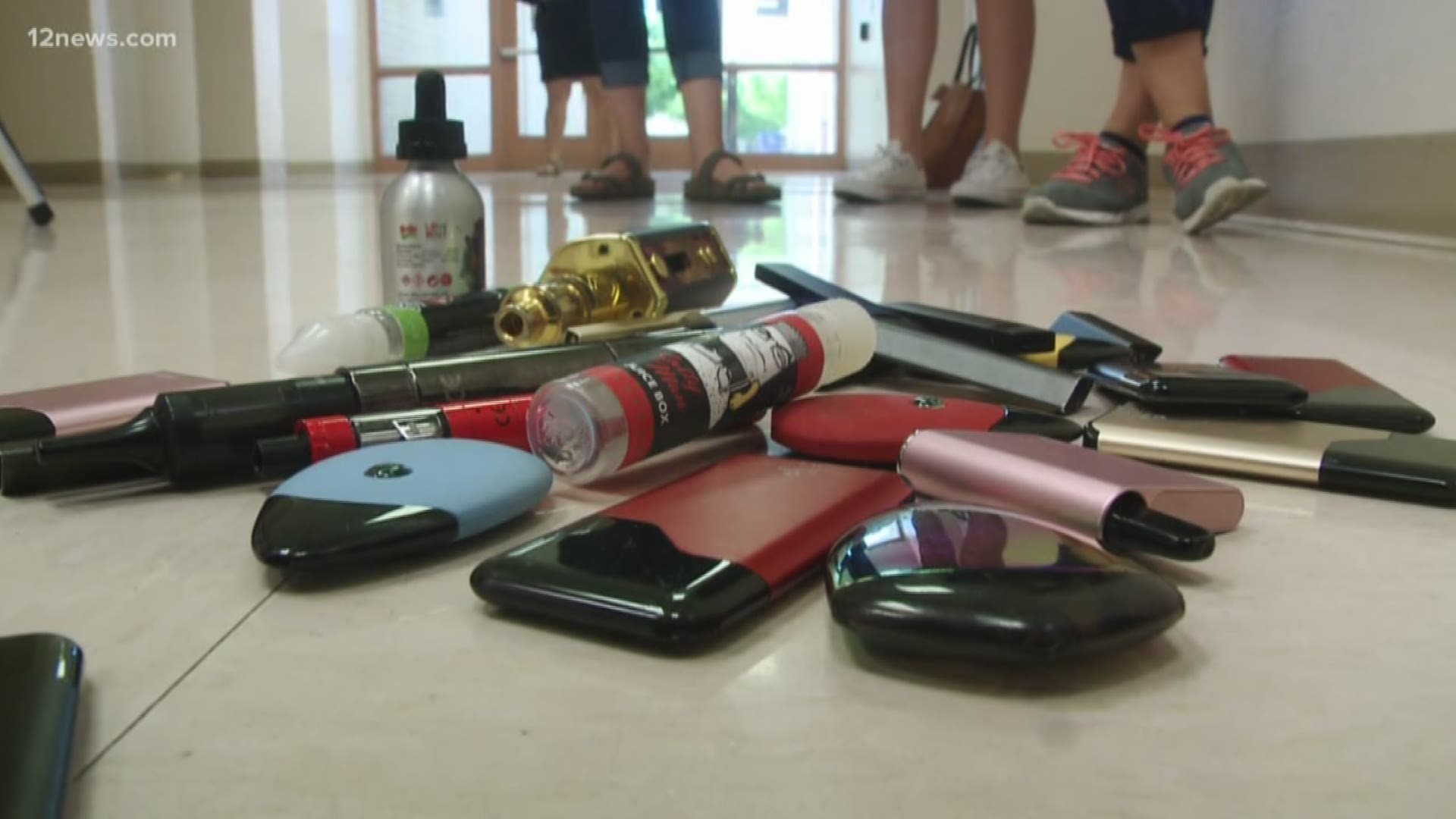 PHOENIX — Arizona students say they want to see a change when it comes to the growing vaping epidemic. Groups like the American Heart Association plan to join Valley high schoolers Thursday, as they call for tobacco companies to be more transparent about the dangers of vaping.

#QuitLying is the name of the campaign to raise awareness about the harm vaping causes. It's taking center stage at the Arizona State Capitol, as the number of teens who vape has more than doubled in the past two years, to 5 million. That's according to a 2019 National Youth Tobacco Survey.

Another alarming finding is that more than one in four high school students report vaping. So, if you're child is not vaping, it's likely their friends are.

In Arizona, more than two times as many kids vape, than smoke cigarettes. It's a dismal statistic as research shows one e-cigarette pod can contain at least as much nicotine as an entire pack of cigarettes.

On Thursday, 50 local highschoolers and the American Heart Association are calling attention to the tobacco companies spending millions on marketing the vaping products to youth.

The "Quit Lying" campaign asks young people across the nation to personalize and share memes on social, with text like "fruit flavors belong in snacks, not in lungs."

Thursday's vaping awareness event is scheduled to start at the AZ Capitol at 10:30 a.m. and wrap up in the early afternoon.

For details on the Quit Lying campaign, click here.