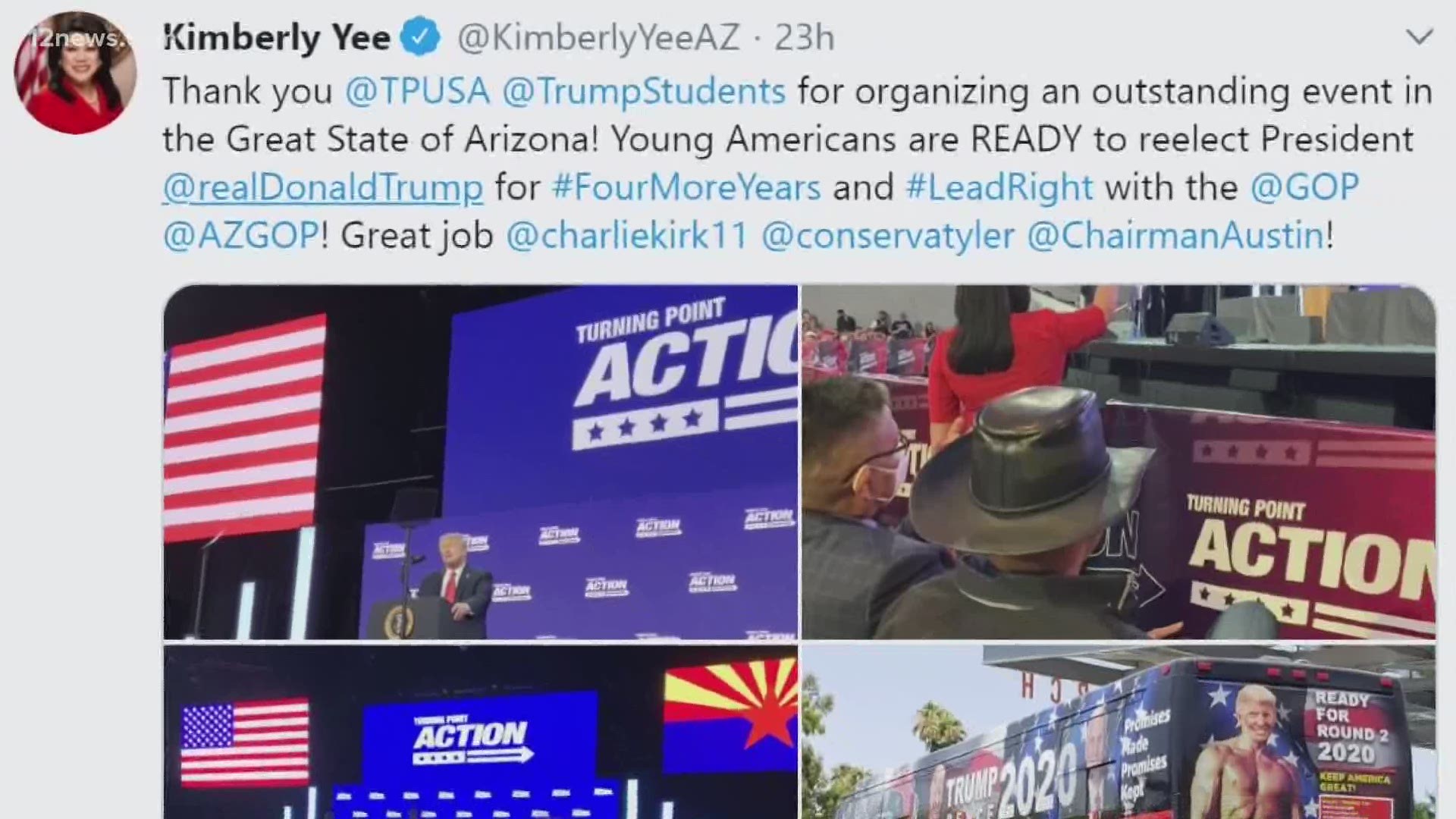 During Tuesday’s rally at a Phoenix church, Yee was in attendance when the president referred to the coronavirus as the “Kung Flu,” a slur Trump has used lately in addition to past references of “the Chinese Flu” and “the Wuhan Flu.”

“As an Asian-American, I’m much more concerned about the media and Democrat’s refusal to acknowledge China’s lack of transparency and culpability in the spread of this terrible disease than I am with the president’s reference to it,” Yee said in a statement to 12 News.

The Wall Street Journal reported this week that  Democrats, civil rights groups and Asian American organizations have asked the president to stop using terms such as “the Kung Flu.”

In her statement, Yee said her family has been able to “live the American Dream” built upon “by the freedoms we have in this great country.”

Trump is trying to preserve those freedoms, Yee said, while Joe Biden has failed to act during his political career.

“I know President Trump will continue to stand up for Americans against Communist China, so we can continue to achieve our dreams,” the statement concluded.

12 News responded to Yee’s written statement to ask about recent actions by President Trump suggesting he has not stood up to Communist China. Yee has not responded.

While Trump has been aggressive on issues like trade and intellectual property, he has taken a less assertive approach to human rights. Just this week, Trump revealed he delayed sanctions against Chinese officials relating to the detention of Muslims because he was in the middle of a trade deal. On March 3rd, Trump was recorded in a closed-door GOP fundraiser praising Xi as “a president for life” after China removed the two-term limit of the presidency.

In defense of Trump, a former China country director for the secretary of Defense recently wrote an opinion piece arguing President Trump’s record on security and human rights “surpasses anything done in the prior administrations.”