Arizona State Fair will remain at state fairgrounds for 2021

The fair was originally scheduled to move to the Wild Horse Pass area, but it was moved back to its normal location for October. 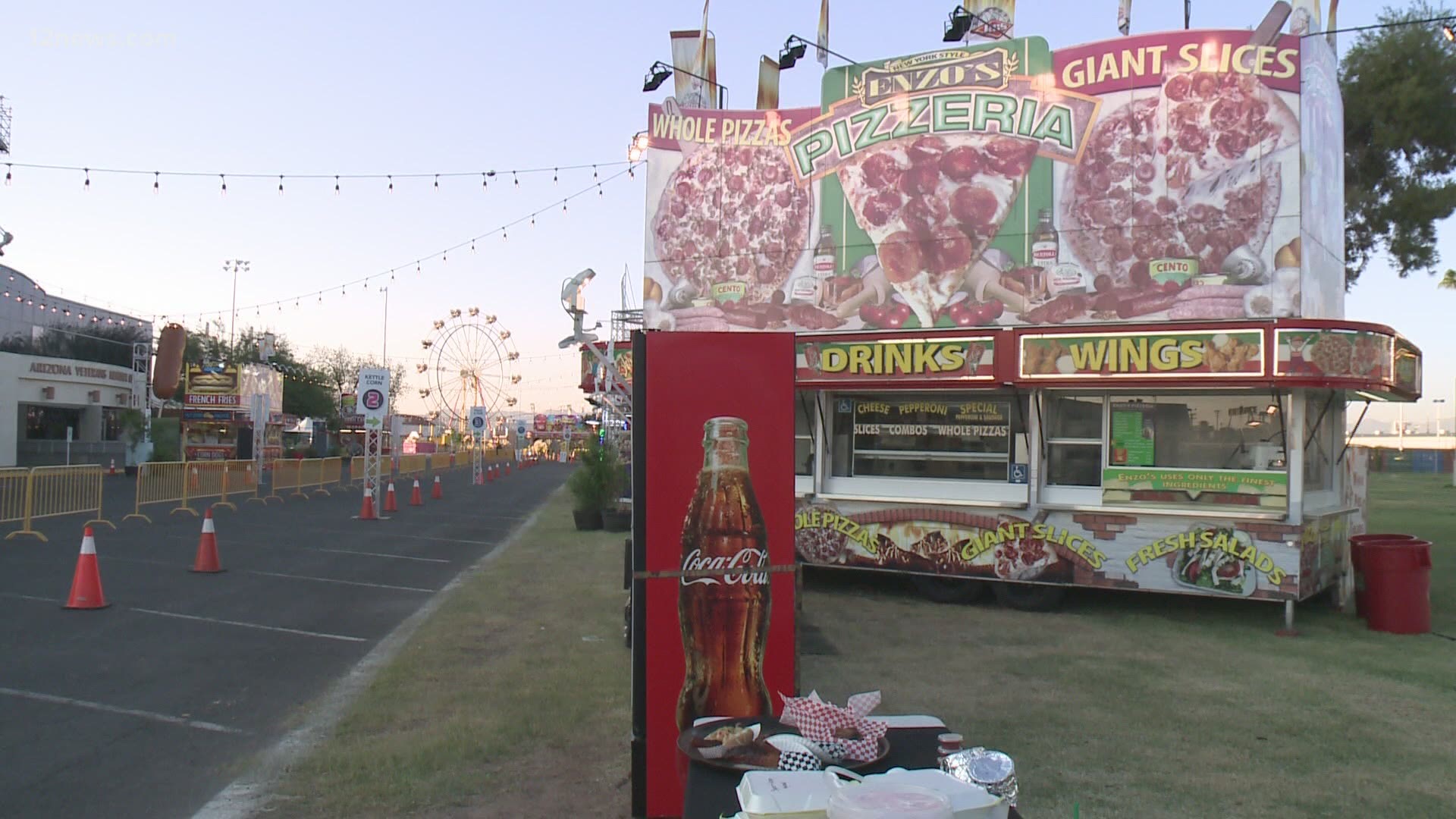 PHOENIX — Editor's note: The video above is from a segment on Dec. 2, 2020, about COVID-safe events put on by the fair officials.

The Arizona State Fair will be back for 2021 and is scheduled to remain at its traditional location, fair officials announced Thursday.

This means the fair will be held from October 2 through October 30 at the fairgrounds on 19th Avenue and McDowell Road.

The fair was originally scheduled to move to Wild Horse Pass Motorsports Park after an announcement in March from Gov. Doug Ducey and event board members.

However, officials said supply-chain issues created doubt that the new location could host the fair. So, the event will make a return to its normal location after the 2020 fair was canceled due to the COVID-19 pandemic.

Last year was the first time in 136 years that the State Fair wasn’t held. The attendance in 2019 was over 1.2 million people.

The fairgrounds had been used as a state-run mass vaccination center, but ADHS has closed all state-run locations in favor of smaller, community-based locations.

Fair officials said the board is still considering moving locations in 2022.