A power outage forced the Tango to stop for 6 minutes until operators were able to bring riders to the ground. Riders were stuck upside down, 70 feet up in the air. 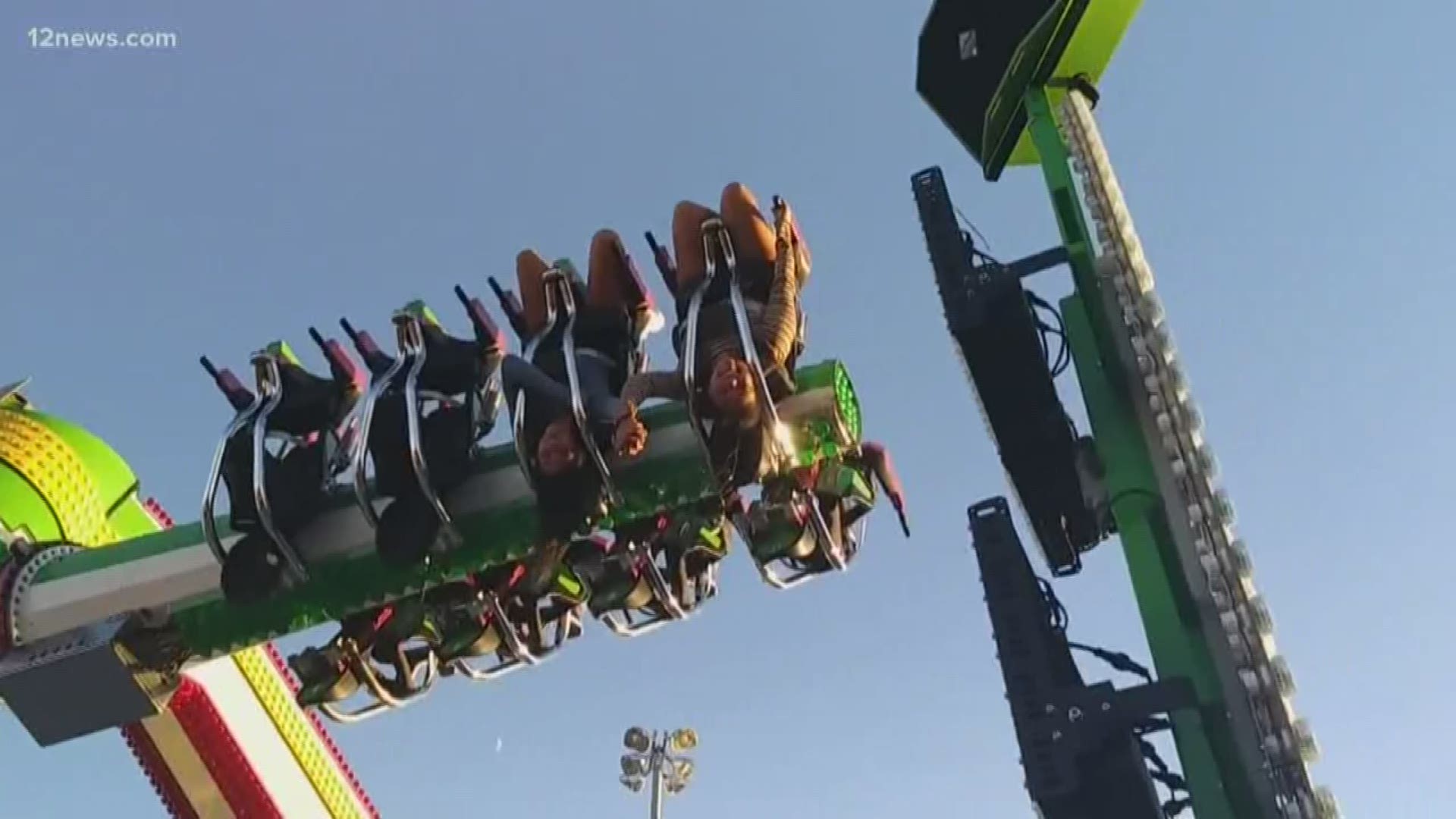 PHOENIX — Opening day at the Arizona State Fair was a frightening experience for several people who were on the Tango ride when it suddenly stopped in 70 feet in the air on Friday evening.

12 News spoke with fair officials about what happened and asked if riders need to be concerned about the Tango for the rest of the fair.

"I’m freaking out," says the mother, who was filming with her phone.

In the state of Arizona, there is no governing body over fair ride safety, so the fair actually contracts with a third-party inspector to make sure the rides are safe.

Barry Schaible is with Coulter Associates, the consulting firm that makes sure the rides are safe at the Arizona State Fair. He said there was a temporary power outage and the ride did exactly what it was supposed to do.

"Nothing out of the ordinary happened. It was a mechanical shutdown with the computer, which is what the ride is designed to do. We had a fluctuation in power. It took six minutes, and that’s a record because it usually takes ten," said Schaible.

In a statement, the fair says: "The ride did what it is designed to do, and at no time were passengers' safety compromised."

Schaible said the inspectors go over each ride at the Arizona State Fair thoroughly, and he’s there every day from open to close.

"The misconception in the industry: Go to a theme park, they’re safer than a traveling carnival. A lot of theme parks don’t get inspections. These get inspected every time they’re set up and torn down," said Schaible.

Schaible and fair officials say the Tango is safe to ride, and it re-opened shortly after a safety inspection that same night.

But despite those reassurances, this is one ride these folks probably won’t Tango with again.