Arizona is still rock bottom when it comes to average teacher salaries. 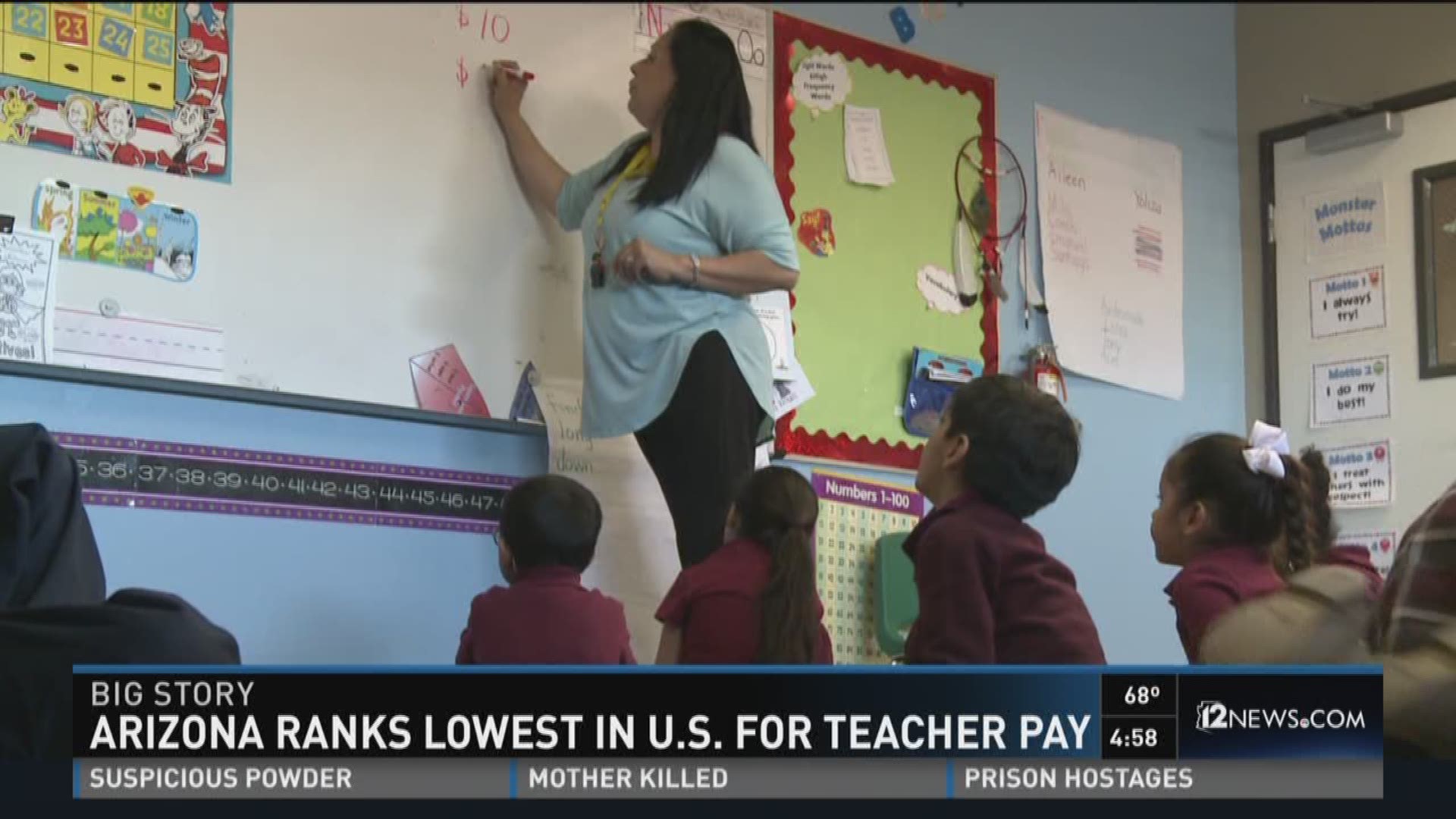 PHOENIX – Arizona is rock bottom when it comes to average teacher salaries.

But there is hope for the next school year after Gov. Doug Ducey promised to prioritize teachers and education in 2017 budget.

Arizona teachers make an average salary of just over $40,000. That's 75 cents for every dollar the average teacher makes in the US.

"If you're going to be a teacher, you never do it for the money,” said Maricela Coble, a kindergarten teacher at Friendly House’s Academia del Pueblo in South Phoenix. "Have it in your heart, because teaching will burn you out."

Mrs. Coble spends a lot of energy to keep her young students engaged and learning. Then add the personal stress of low pay -- the worst in the nation.

"A little pay increase gives you that freedom to be a little but more creative with the kids,” said Coble. “So they have those more enriching experiences where they're here."

Notice she doesn't mention her own finances when asked about getting a raise.

State Representative Jesus Rubalcava (D-Dist. 4) is a teacher himself. He says there is one way teachers can get a raise: Continuing their own education.

But it still falls short for many teachers.

"I was getting a [pay] increase, but, at the same time, I was actually going more into debt,” said Rubalcava.

The freshman state representative has a master's degree. He makes just more than $40,000 a year.

"Teachers are doing their part professionally to become better at what they do, yet our salaries never reflect that,” he said.

Overall, Arizona spends 17 percent less on public education than the national average, according to the Morrison Institute for Public Policy.

Rubalcava is hopeful both sides of the aisle can come together on education for our state.

He said the challenge will be deciding where the money will come from.

"Where do you cut, and what do you cut?” he said. “It's all about priorities. If we really want to address the issue, we've got to be serious about how much we invest in that particular area." 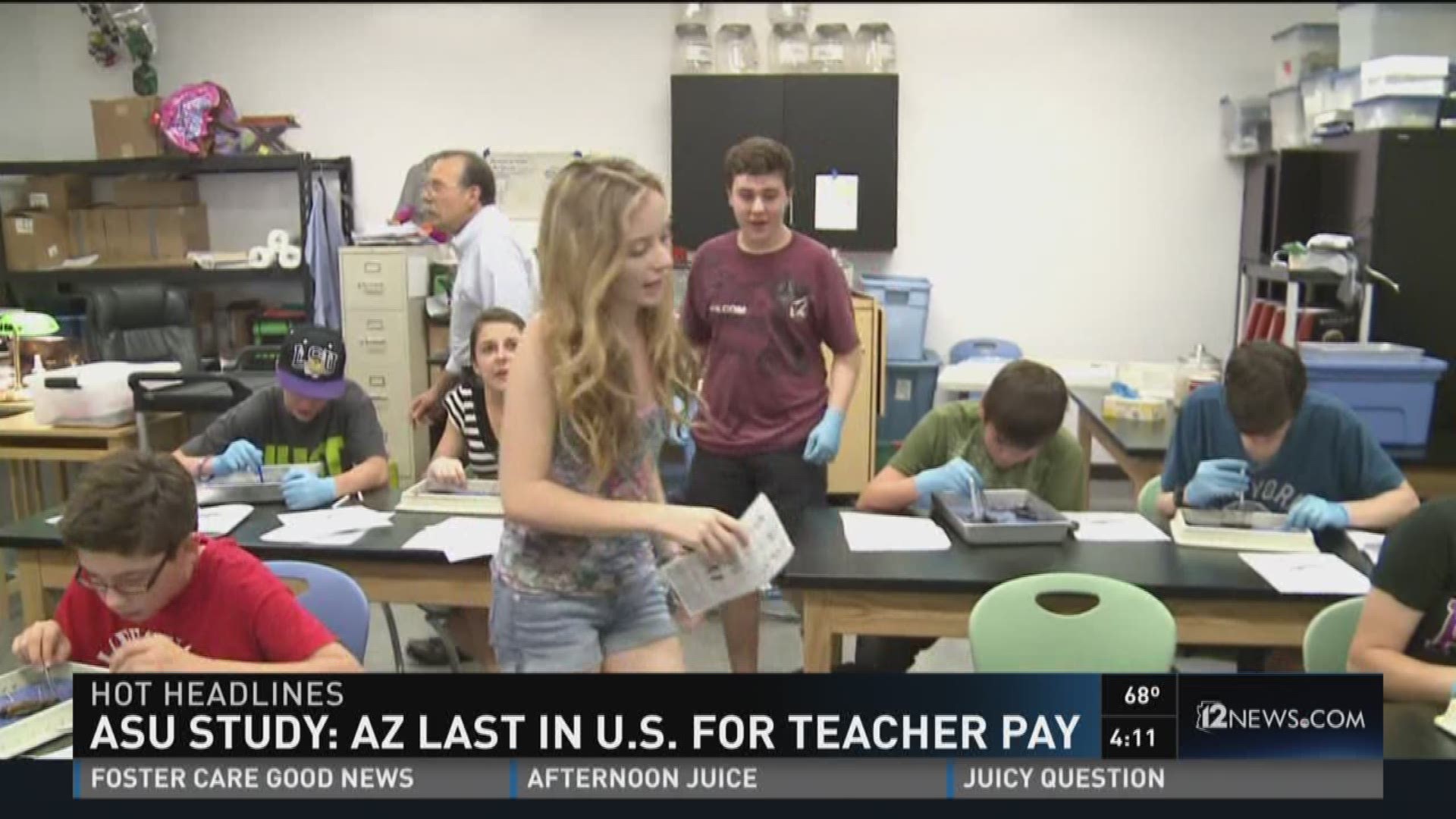