The pup is doing remarkably well considering the trauma he's been through. He soaked up attention at a Friday press conference with the Arizona Humane Society. 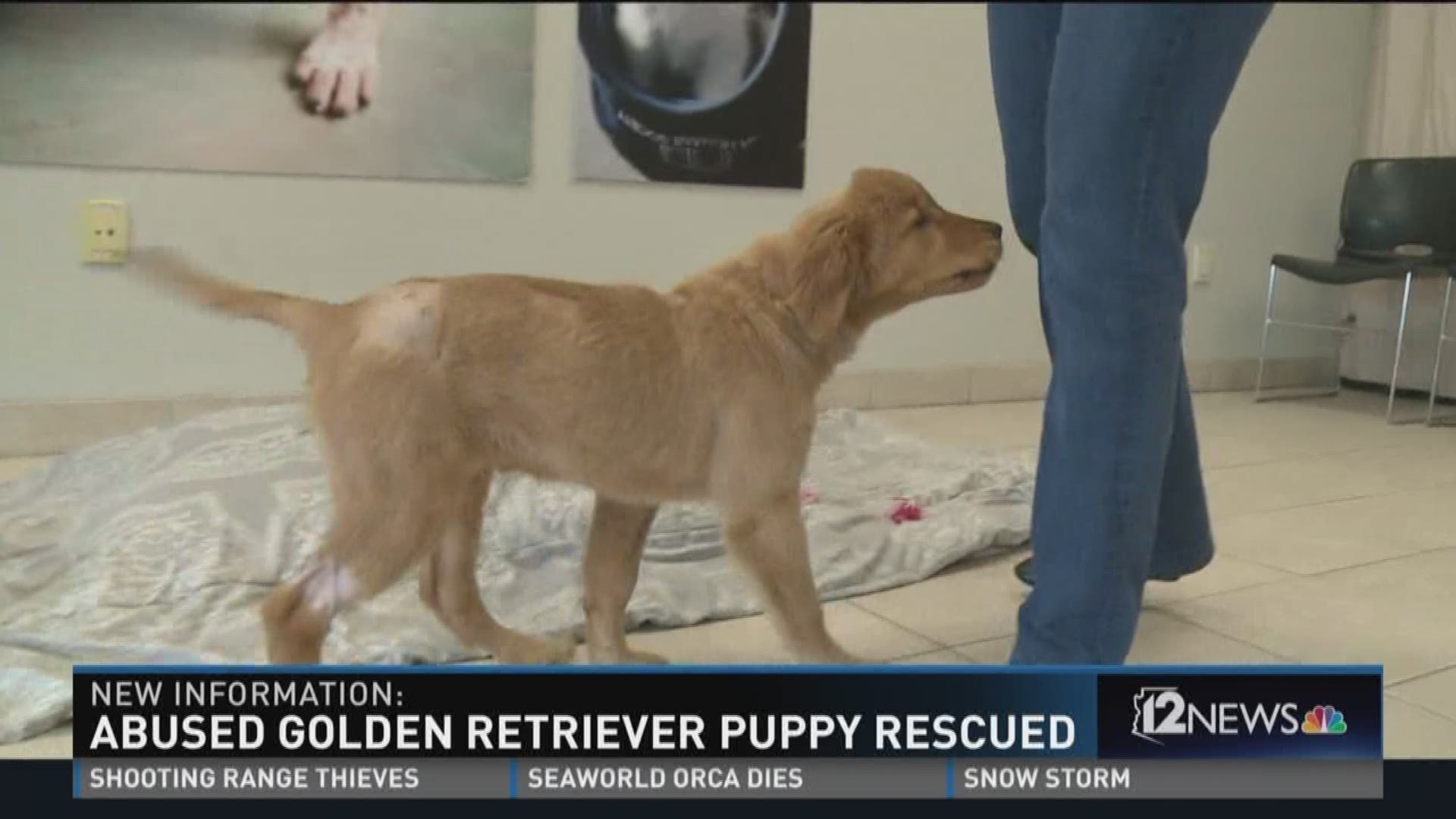 TEMPE, Ariz. - A resident at the Villas on Apache apartment complex called Tempe police Thursday night after hearing a screaming puppy from a nearby apartment.

According to police, the resident was also able to see Shundong Hu, 21, beating a 4-month-old Golden Retriever with a metal rod.

Hu, a Chinese national studying at ASU according to a neighbor, was arrested and booked on felony animal cruelty charges.

Donna Hughes, who lives in the same building, recorded the puppy's cries on Saturday. It was loud and lasted about a minute.

“I mean, I can hear it inside my apartment when the TV was on -- that's how loud it was,” said Hughes. “I only heard it two or three times but on the second time, I recorded it.”

Other neighbors heard the cry but didn’t know where it came from.

“We knew something was wrong but not sure what is wrong and where is it,” said neighbor Oscar Ding.

The Golden Retriever pup named Raine was taken by the Arizona Humane Society's emergency animal medical technicians and treated. Raine is doing well considering the nightmare he lived through.

The pup still has some swelling and a limp but is in great spirits. At a press conference with the humane society Friday, he was playful and seemed to enjoy attention from people.

Bretta Nelson, spokesperson with the Arizona Humane Society, says abuse cases like these happen more often than you may think.

“This is one of 6,000 animal cruelty investigations the Arizona Humane Society assists law enforcement on each year,” said Nelson.

Two cats have also been rescued from the apartment.

Raine will be going to a foster home and will be available for adoption in a few weeks.

For updates on Raine and when his adoption date will be, visit the Arizona Humane Society's Facebook page or call 602-997-7585 ext. 2045. They will likely have to host a drawing because of the number of people interested in adopting him.