LGBTQ+ Pride month honors members of the lesbian, gay, bisexual and transgender community. Here is a list of events and how you can celebrate. 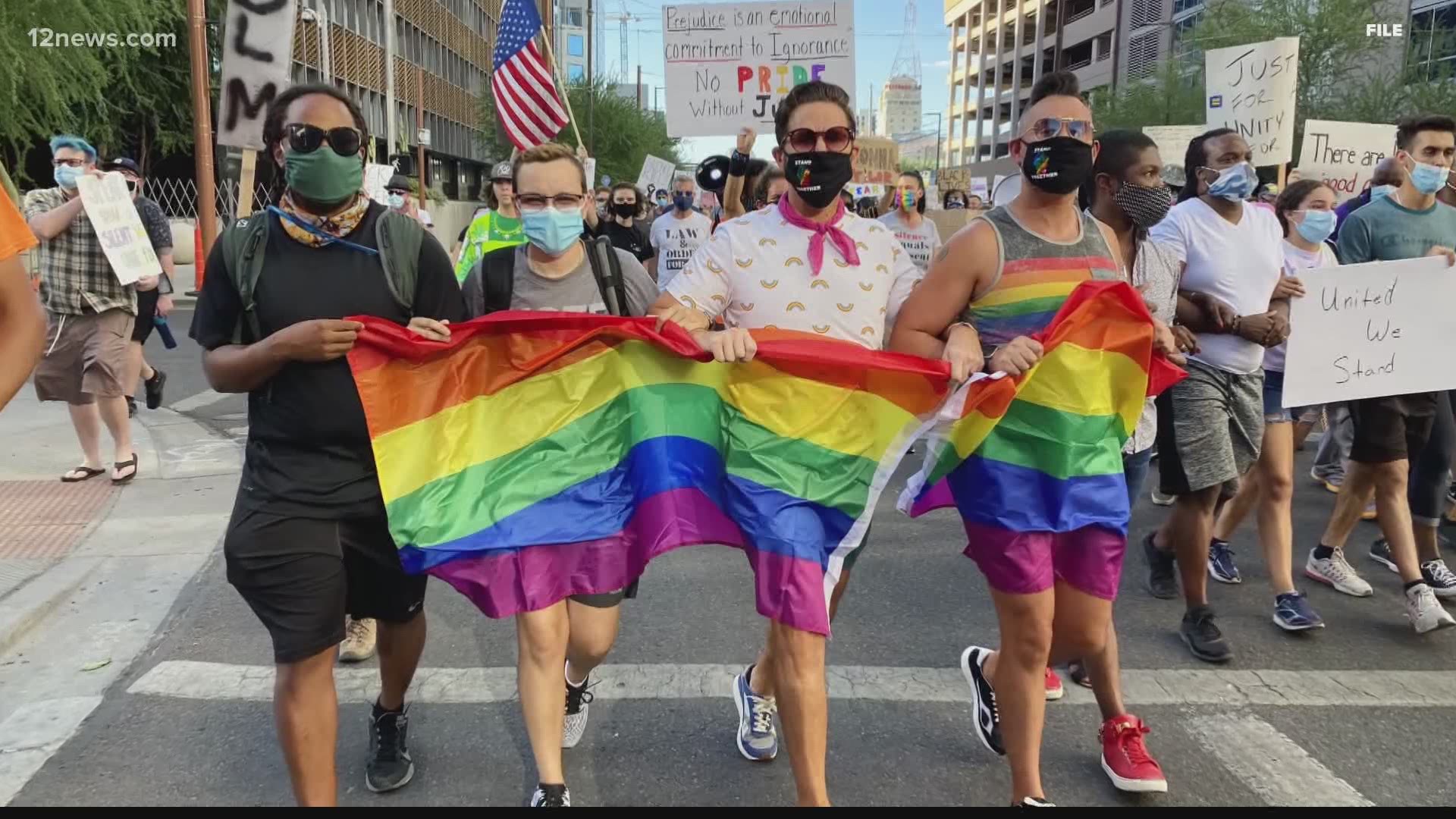 PHOENIX — Make no mistake about it, the first LGBTQ+ Pride more than 50 years ago was a riot after members of the lesbian, gay, bisexual and transgender community fought back against bigotry and inequality.

“We are celebrating that Phoenix has been leading with pro-equality ordinances, but also recognizing we have more work to do,” Gallego said. "It's been a big year for Arizona cities in terms of equality."

Recently the cities of Mesa, Glendale and Scottsdale all adopted non-discrimination ordinances.

June 28 marks the anniversary of the day LGBTQ+ people fought back against New York City police after they raided the now-iconic gay nightclub Stonewall Inn in 1969. Historians argue it was this moment that triggered the modern-day Pride events seen today.

On Tuesday, President Joe Biden recognized the month and said he "will not rest until full equality for LGBTQ+ Americans is finally achieved and codified into law."

Phoenix Pride Executive Director Mike Fornelli said this year's Pride will be a welcomed chapter in the fight for full equality.

“It’s the first chance we are going to be able to celebrate with a new administration and the efforts they are working to reverse what occurred the past four years,” Fornelli said.

The COVID-19 Pandemic Impact on Pride

“Phoenix Pride is the one weekend where people can be their authentic selves and I think being closed in for 15 months has affected a lot of people mentally and physically,” said Fornelli.

Phoenix Pride is in its 41st year and was ready to celebrate its 40th festival and parade before the pandemic. Now with falling cases and the Covid-19 vaccine is expected to bring back the festival the weekend of Nov. 6-7.

“We encourage you to come out. The only way you can learn about us and we can learn about you, is through education and through gathering, having conversations and understanding each other,” said Fornelli.

There are many ways to celebrate and honor LGBTQ + Arizonans in June.

On Friday, June 11, at 6:40 p.m., the Diamondbacks will see the return of Pride Night with the Arizona Diamondbacks at Chase Field (401 E. Jefferson St., Phoenix 85004). The special event ticket pack for Pride Night includes a lower-level ticket and D-backs Pride cap for $30. A portion of each ticket sold will be donated to Phoenix Pride and One Community. Find additional information and options to purchase tickets here.

Pride month is here! For all the latest news on the Pride month events happening around the Valley subscribe to the 12 News playlist celebrating Pride 2021!