The explosion at the port in Beirut on Tuesday has killed at least 100 people and injured thousands. A Valley pastor from Lebanon says he is praying for his people. 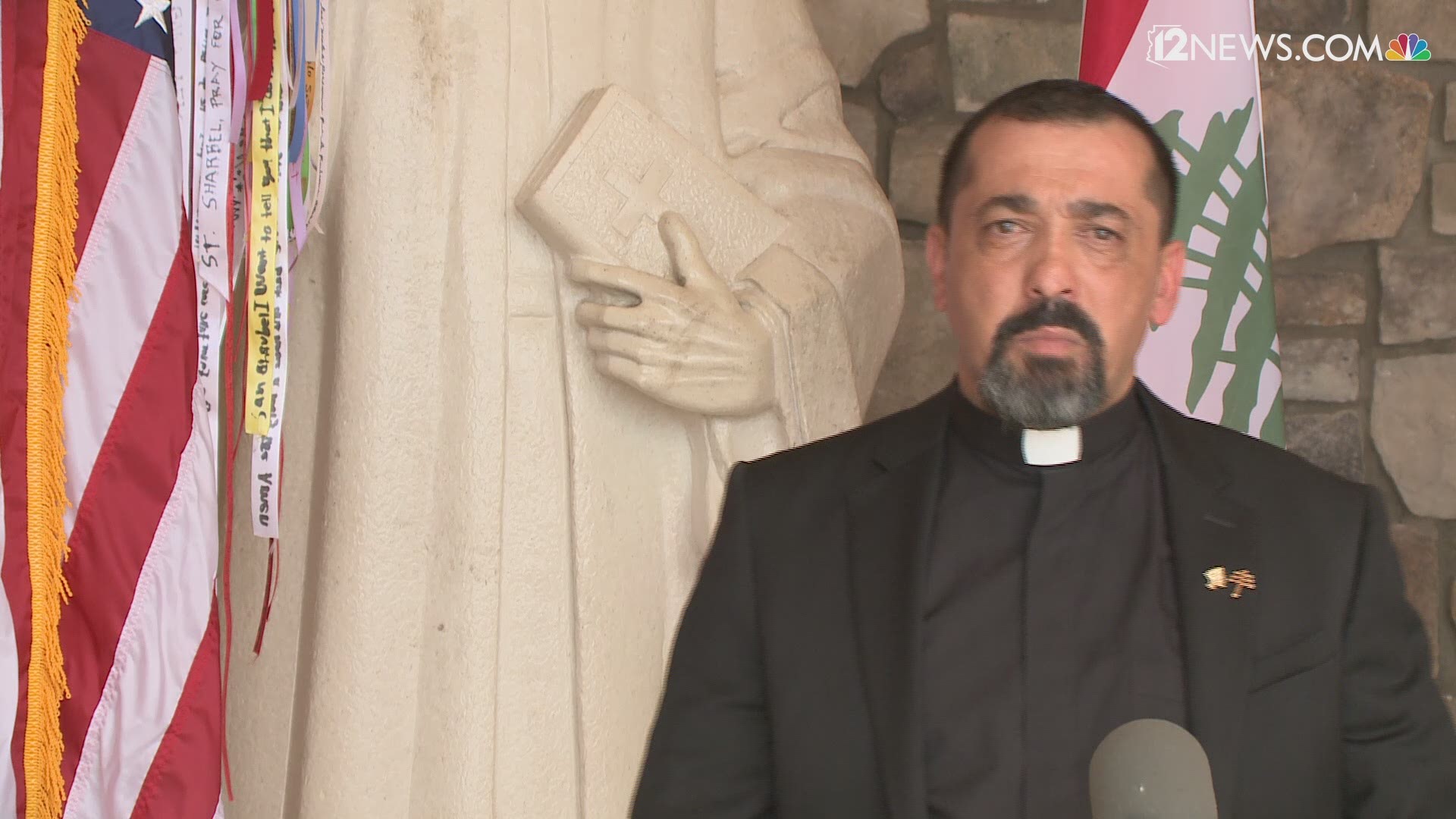 PHOENIX — The blast in Beirut has had the world's attention for the last two days. The body count still rises from the horrific warehouse explosion and the amount of injured has overwhelmed the hospitals.

The explosion at the port killed at least 100 people and wounded thousands. Hospitals were overwhelmed — one that was damaged in the blast had to evacuate all its patients to a nearby field for treatment. Buildings were damaged for miles around the city, and Beirut’s governor said Wednesday that hundreds of thousands might not be able to return to their homes for two or three months.

In Arizona, none more have felt the effects of the blast than the small community of Valley residents that call Bierut home.

Father Wissam G Akiki has been leading his mainly Lebanese congregation from the steps at St. Joseph’s Maronite Catholic Church for the last four years.

Akiki has been outspoken about his home, having seen the countries destitute first hand.

He prayed for the poor and the many voices silenced by their leaders during a vigil last night held at the church.

12 News was able to speak to Akiki.

"Our people have been suffering since 1969 and today it was a big explosion," Akiki said. "Every day, 500 people sleep without food. They don't have anything."