Arizona man: I'm selling my ranch after aliens tried to abduct my wife 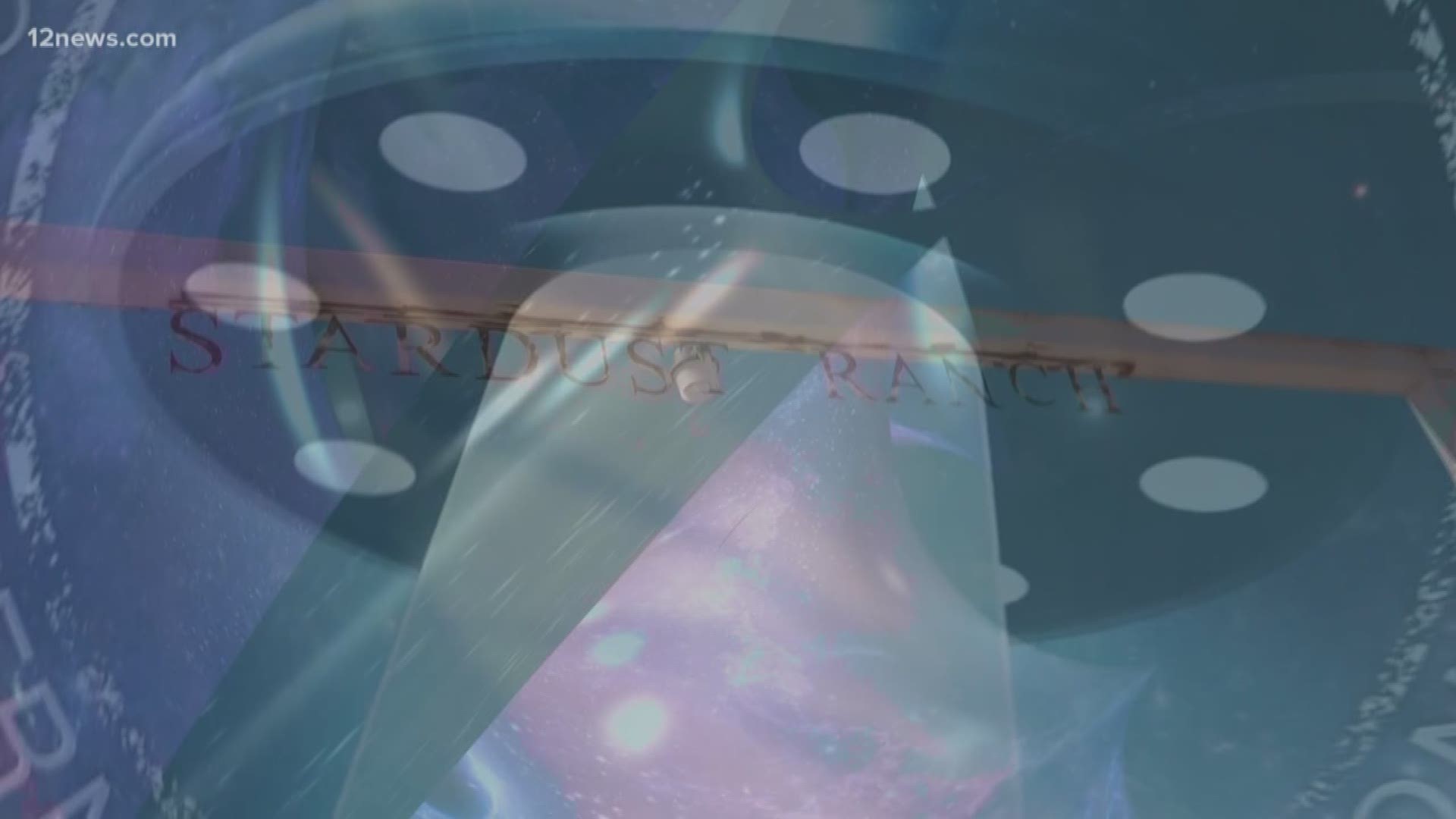 With five bedrooms, four baths and nearly 3,500 square feet of living space, a ranch property just about an hour west of Phoenix has everything you could ever ask for in an Arizona home: a pool, lots of acreage, a gated entry for privacy, and a possible portal to another universe.

John Edmonds, owner of the Stardust Ranch in Rainbow Valley, has documented the aftermath of certain "strange events" he has experienced in photos on his Facebook page.

In one particular photo, a samurai sword lays in a pool of what appears to be dried blood. The blood allegedly belonging to an alien he says he killed on March 13, 2017. In his own comment on the photo, Edmonds claims he has slain over a dozen extraterrestrials on his property.

"Almost immediately from the day we moved in, we began to have strange experiences," Edmonds said.

"Wounds from recent attack here at Stardust Ranch upper right calf from battle with malevolent ET," he wrote on one photo adding in another posted the same day, "this is why I want to move!"

He also said the aliens tried to abduct his wife.

“They actually levitated her out of the bed in the master chamber and carried her into the parking lot and tried to draw her up into the craft,” he said.

The property should be no stranger to fans of the extraterrestrial and paranormal. The Stardust Ranch, aka Alien Ranch, was featured in an episode of "Ghost Adventures" on the Travel Channel. During the episode Edmonds claims he found an alien artifact and was visited by the "real Men in Black."

Listing agent Kimberly Gero with West USA Realty said selling a property with this kind of history attached to it takes a "little creativity" and requires a different strategy than a "traditional property" would.

"There are thousands of people, both nationally and internationally, who follow the owner online and have strong beliefs about aliens and the paranormal. Reaching these people online to generate a buzz about the property has been my number one marketing strategy," Gero said. "This isn’t the type of property that you can just place in the MLS and wait for a buyer to come along."

Gero said the reaction from potential buyers has been mixed.

"Some are very intrigued and have no issues with the history of the property," Gero said. "While others are absolutely scared to death about what may or may not happen to them if they should buy it."

The Stardust Ranch is listed at $5 million.

"Obviously, it is going to take a unique person who has a true curiosity and interest in the property’s history," Gero said. "I have no doubt that there is a buyer out there for this special place."

Edmonds agreed that his home is not traditional, but for the right person it could be a great fit.

"“It’s a mixed bag. It’s not something for a traditional family, but it holds a lot of secrets and what I believe are future opportunities to understand forces that are in the universe," he said. “Please be very well grounded because the energy here has the tendency to manifest with whatever is going on with you."