Gun sales are skyrocketing and one shop owner in the Valley says his target isn't profit but safety for all customers, both rookie and veteran. 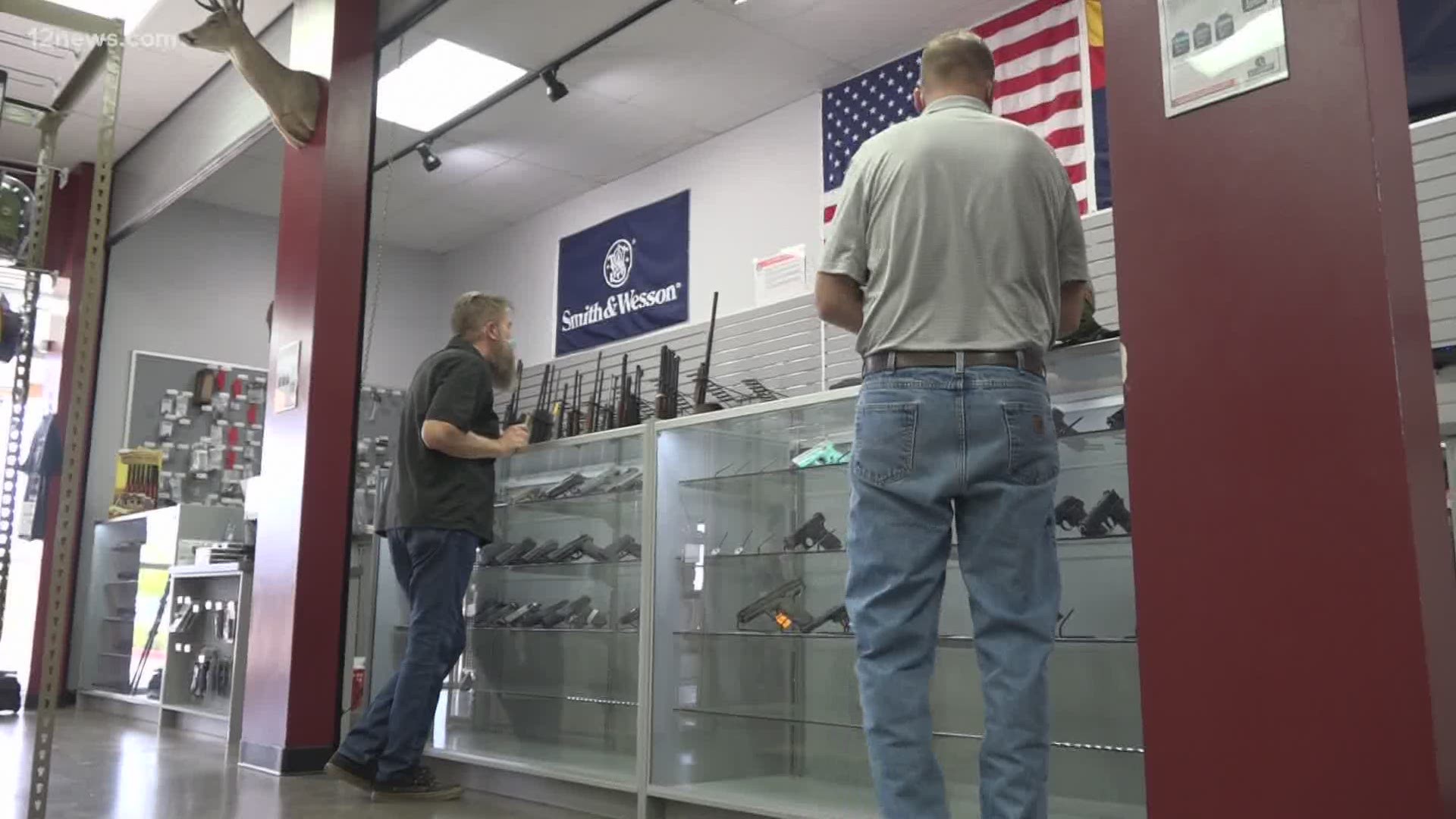 PHOENIX — It may come as no surprise, with so much uncertainty in the world but gun sales are still surging as we navigate through this pandemic.

As many Valley gun shop owners like Mark Healy will tell you, a lot of those gun purchases are by first-time gun owners. However, Healy explains to 12News his target isn't profit, but it's safety for all customers, both rookie and veteran.

After more than 10 years in business, Healy says sales have been spiking since springtime of this year.

"Starting on March 17th the clientele went up dramatically it's been the busiest three, three and a half month period we've seen," he added.

Plus, he says while the regulars are no strangers to the shop, new customers like Bri and Luke are looking to protect their new home sooner rather than later.

These days though, browsing the best weapon for you might be hard to come by. The best sellers and bullets are leaving shelves bare.

He says, even the most unlikely of clients, those who are anti-guns, are coming in to get acquainted with their new piece.

"I do have to protect my own, if I have to take care of myself, as far as first time gun buyers they're questioning, I've never been a gun owner before but maybe I should now," he said.

The most important thing is gun safety, he adds.

"Simply having a gun in your household doesn't mean that your household is now safer because of it, now how to utilize the gun effectively without putting yourself or other people at risk," Healy said.

A good recommendation he says, is to take core pistol classes. He says, that's the best way to determine which gun you want to invest in and how comfortable you are using it.