The building near Central Avenue and Thomas Road caught on fire early Friday. No one was injured. 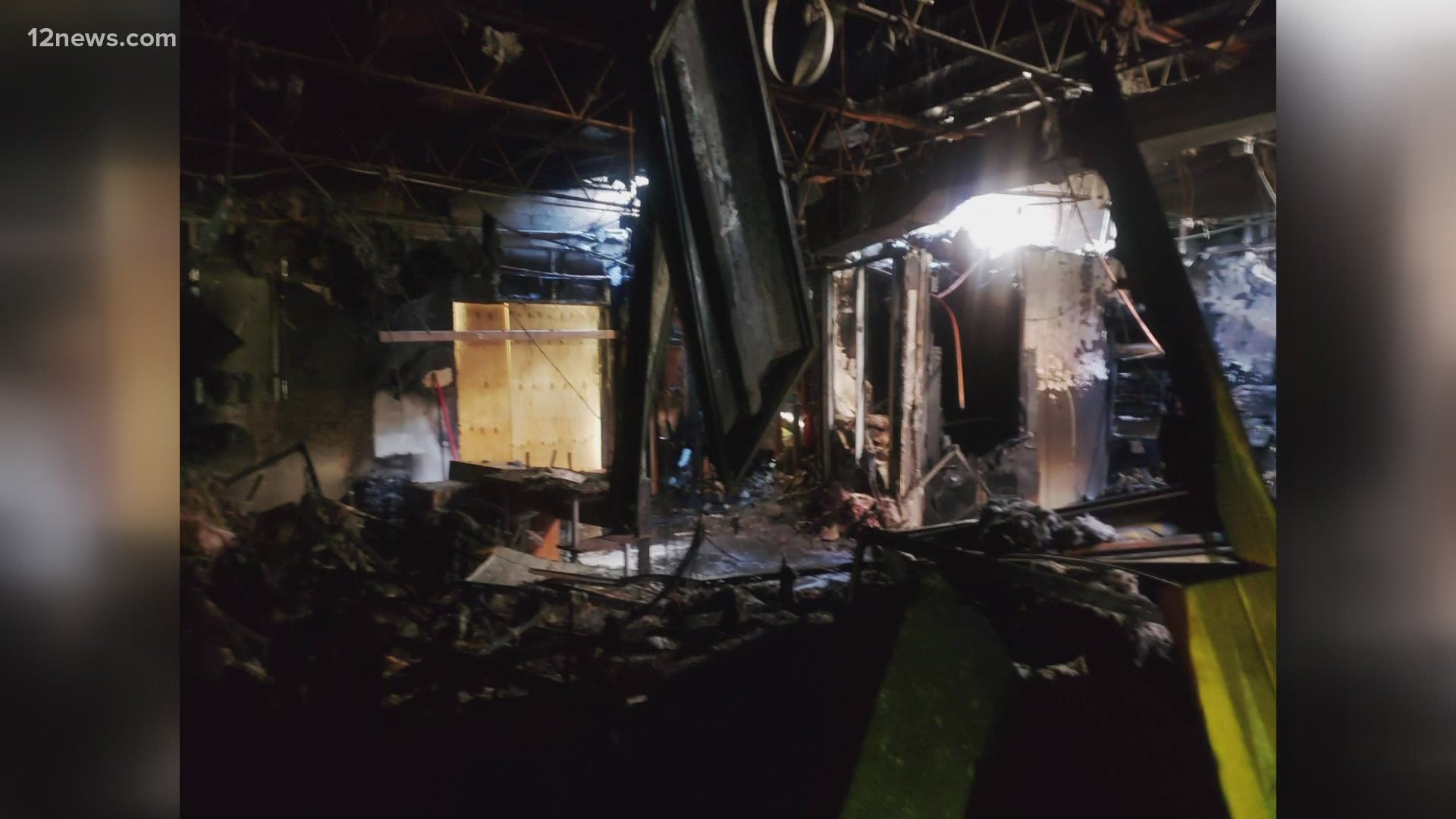 The Phoenix Fire Department said firefighters were dispatched to the building near Central Avenue and Thomas Road around 1 a.m. for reports of smoke coming from the building.

When crews arrived, they found heavy smoke and fire coming from the building.

Firefighters were able to extinguish the fire, but the Maricopa County Democratic Party's side was completely lost.

Investigators say based on the evidence at the scene, this is now an arson investigation.

Arizona Democratic Party Chair Felecia Rotellini said she has not seen surveillance video but says she is told that video clearly shows the fire was arson. That, coupled with the fact that the building's security alarm system went off before the fire alarm, shows it was arson.

"This whole election cycle, presidential cycle, we have not been strangers to proposed attacks, by threats towards people and our building," Rotellini told 12 News Friday afternoon.

Fire at Democratic headquarters in Phoenix

Rotellini said right now they do not know who did this and did not want to comment on a motive until investigators learn more.

Further information from investigators has not yet been released but more information is expected to be available "in the coming days."

Rotellini said in an earlier statement on Friday morning that the fire was "devastating but we refuse to let this be a distraction."

"Our eyes remain on the prize of electing Democrats who will put Arizonans first."

Sky 12 is at the scene of the Arizona Democratic Party headquarters in Phoenix, which caught on fire early Friday. No one was injured.

"We've lost all of our stuff -- computers, equipment, printers, the files, it's all gone," he added.

"We have all of the information. Luckily a lot of it is digital, but we do have a lot of paper copies as well. We're going to have to go through and see everything that's gone," Slugocki said.

The chairwoman for the Republican Party of Arizona condemned any politically motivated violence.