A legislative staffer sent Steve Montenegro a topless photo via text message, according to a series of messages between Montenegro and the staffer that were reviewed by 12 News. 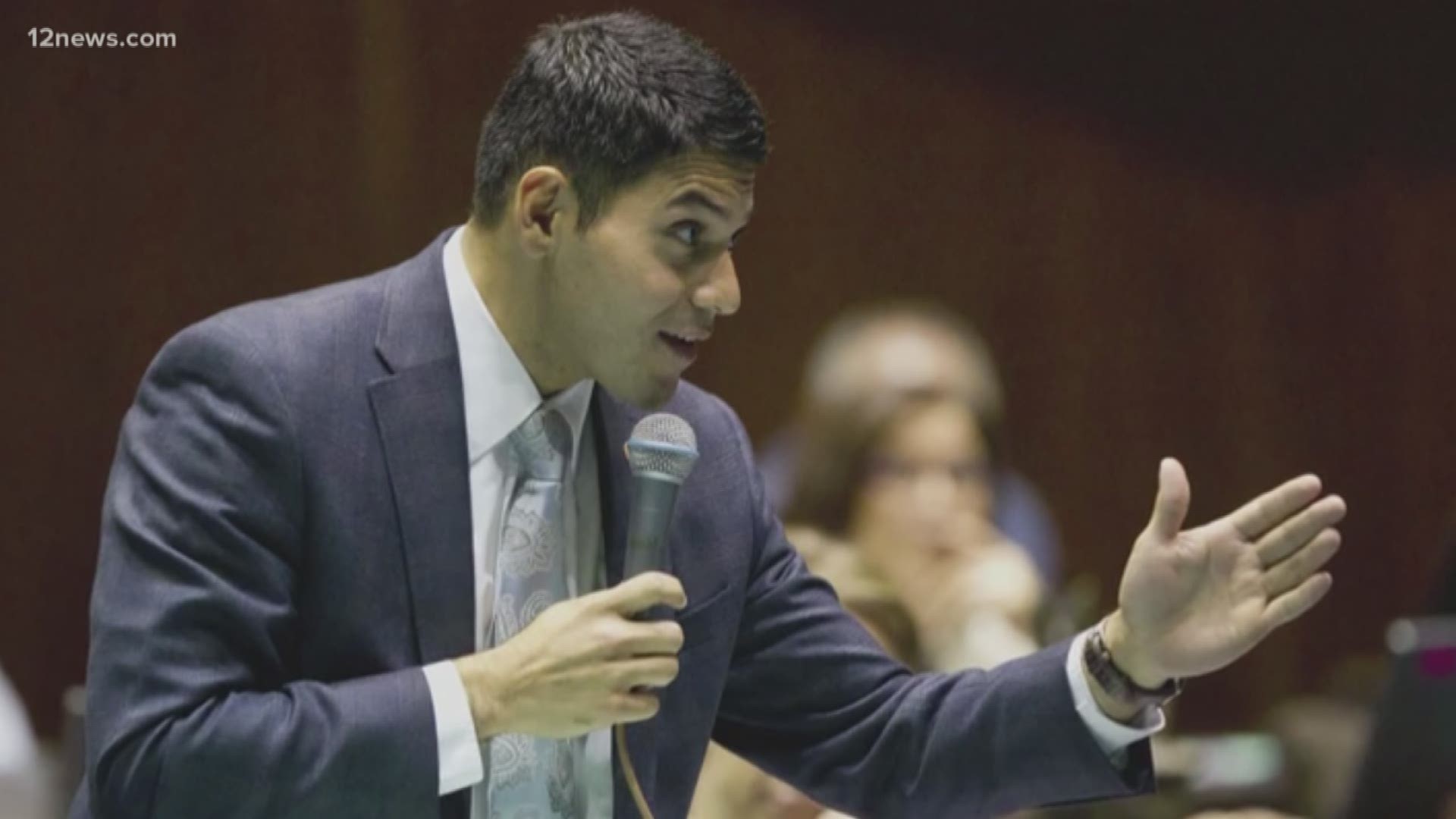 Republican congressional candidate Steve Montenegro is a married man and a church minister whose campaign emphasizes his “virtue, honor and integrity.”

A series of text messages between Montenegro and a female staff member at the Arizona Legislature may raise questions about that claim.

The staffer sent Montenegro a topless photo via text message, according to a series of messages between Montenegro and the staffer that were reviewed by 12 News.

Montenegro responded by encouraging her to use a messaging app where photos vanish after being viewed by the recipient, according to the messages reviewed by 12 News.

The messages also reveal Montenegro expressing concern about the sexual harassment scandal that would lead to the resignation of his former boss, Republican Congressman Trent Franks.

The staffer assured him: “You would never have to worry about me.”

Public and private polling for the Feb. 27 Republican primary shows Montenegro is among the leaders in the 12-person field. The winner of the GOP primary will be a heavy favorite to win the special election in April.

The text messages were provided by a source who requested anonymity.

12 News is not identifying the legislative staffer, because she was not the source of the information for this story. 12 News has verified that she composed the messages and sent the photo to Montenegro. Montenegro’s messages were sent from his cell phone.

12 News does not know the nature of the relationship between the staffer and Montenegro.

Montenegro, who is married and has a young daughter, is a minister at his father’s church in Surprise.

Montenegro and his campaign manager did not respond to several calls and text messages seeking comment. No one answered the door at Montenegro's Goodyear home on three visits over three days, even though we saw people inside.

He has avoided scheduled campaign events for several days.

During a recent interview on 12 News' "Sunday Square Off," I asked Montenegro about his relationships with colleagues, staffers and lobbyists at the Capitol.

Montenegro was asked whether he could tell voters he never engaged in any improper relationships with Capitol staffers. "Of course I can," he said.

The messages reviewed by 12 News show the staffer sent Montenegro a selfie posing topless in a bathroom.

She said, “You have to delete these.”

Montenegro responded, “SNAP,” apparently referring to Snapchat, a popular messaging app that allows users to send photo or video “Snaps” that disappear after they're viewed by the recipient.

In another exchange, Montenegro says he wants to “switch over” from texting to Snapchat.

The staffer asks, “How do I find you on Snapchat? What’s your user name?” She finds the account on her own, “Smonten1981.” The account no longer exists.

Franks was accused of pressuring a staffer to carry his surrogate baby in exchange for $5 million. Another staffer said he tried to persuade her that she loved him.

Speaker Paul Ryan’s office said he found the allegations credible and urged Franks to step down.

Montenegro and the legislative staffer exchanged messages the afternoon of Dec. 7, as Franks was announcing he planned to resign at the end of January. Franks would quit the next day, as the allegations became public.

Here’s the exchange between Montenegro and the staffer:

Montenegro: You have a sec? I have a question re: a tweet.

Staffer: Sure, what’s up?

Montenegro: Can u call me?

Staffer: Did someone call you out?

Staffer: Yeah, you would never have to worry about me. So I hope that puts you at some ease. I just saw the Trent Franks thing.

Staffer: LOL Who needs it

Shortly after 12 News posted this story Tuesday night, Montenegro issued this response on his Facebook page:

Tonight I saw a despicable example of the tabloid trash that conservatives around this country have to deal with on a regular basis.

As a Hispanic conservative I knew they would stop at nothing to prevent me from going to Washington DC and fighting for the working families of our district just like I fought for the people at the State Capitol. They have always worked hard to stop me and I knew that this race would be no different. But I assumed the distortions would be limited to my votes or positions on issues.

I am blessed with an amazing wife and marriage. The media wants to drag us down with just a week to go, but we are not going to dignify this false tabloid trash with any further response.

I am proud of my campaign and team of supporters. We will carry on in a manner that respects the process and the voters, and we are confident that our message and commitment will win the day.