The tax break is set to sunset on Jan. 1. 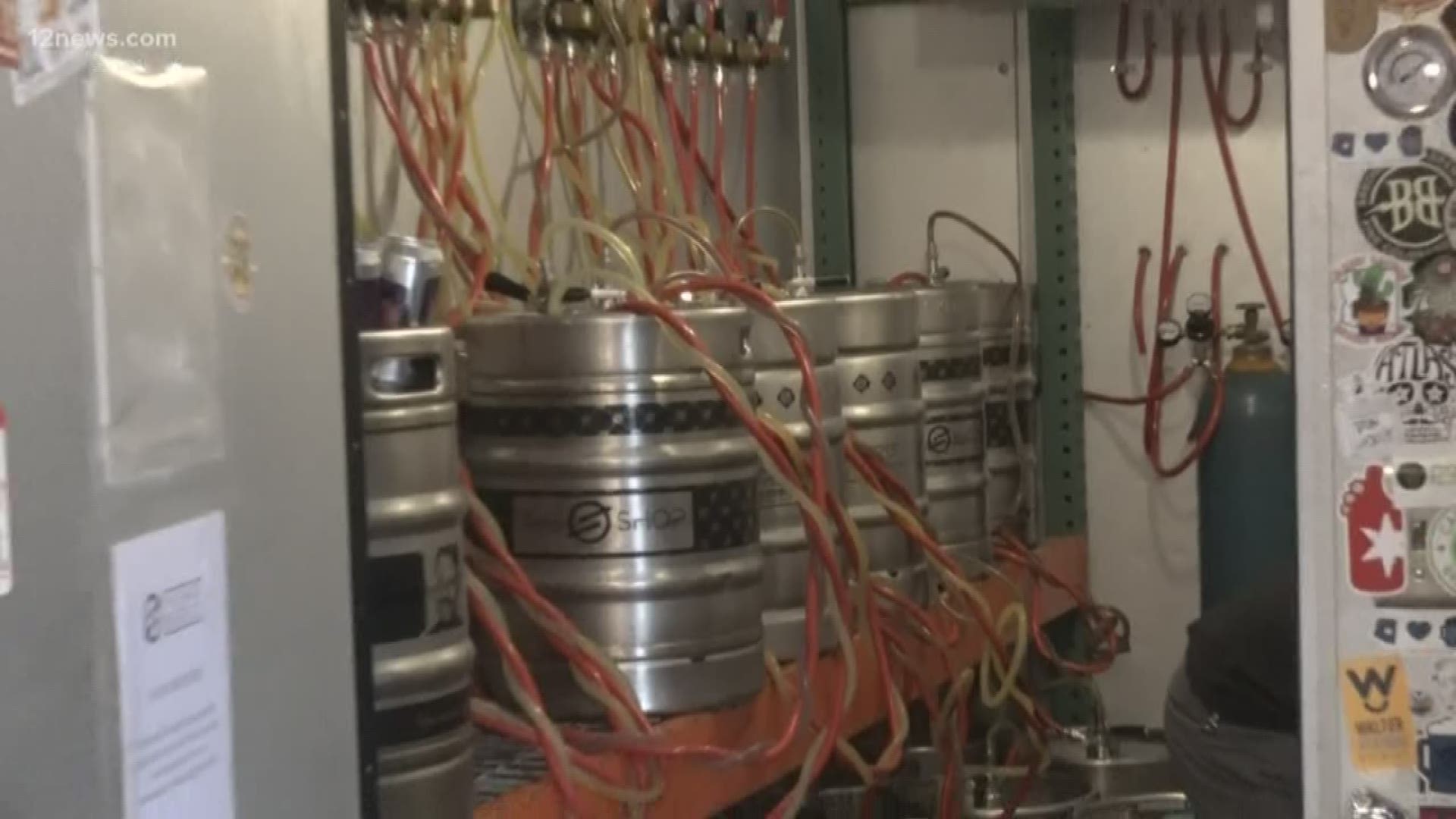 PHOENIX — Dylan DeMiguel is a partner at the The Shop Beer Co. in Tempe.

Originally he thought he’d head to law school, but it turns out his entrepreneurial spirit drew him into the booze business.

It's booming, he says, thanks in part to a tax break that went into effect in 2018.

“We’re taking this money to fuel the growth of this company. We’re literally hiring people,” DeMiguel said. “We’re buying equipment. And we’re investing in our community.”

Right now every one of his of his barrels, which is the equivalent of two kegs, incurs a $3.50 tax. That rate is scheduled to sunset on Jan. 1, returning to $7.00.

“If this tax cut stays the same, we're selling more beer. We’re making more beer,” DeMiguel said, “and the…government is going to receive the tax benefit of that.”

Rob Fullmer, the executive director of Arizona Craft Brewers Guild and lobbyist, says there is bipartisan support in Congress to re-up the tax break.

Both of Arizona’s senators are on board, for example. And, he says this would help more than just Arizona’s beer business.

“The excise tax is a federal tax so it affects breweries across the country,” he said. “This also extends to wineries and distilleries who have different tax rates.”

Both Fullmer and DeMiguel are hopeful the Craft Beverage Modernization and Tax Reform Act will get rolled into a larger spending bill and pass Congress before the new year.

Either way, though, they say beer drinkers shouldn’t notice an increase in price. They might just not have as much of it.