A veteran and his service dog were asked to leave a sports bar. Now the bar is being sued.

The lawsuit says the bar violated the Arizonans with Disabilities Act by asking a man with a trained medical dog to leave the bar. 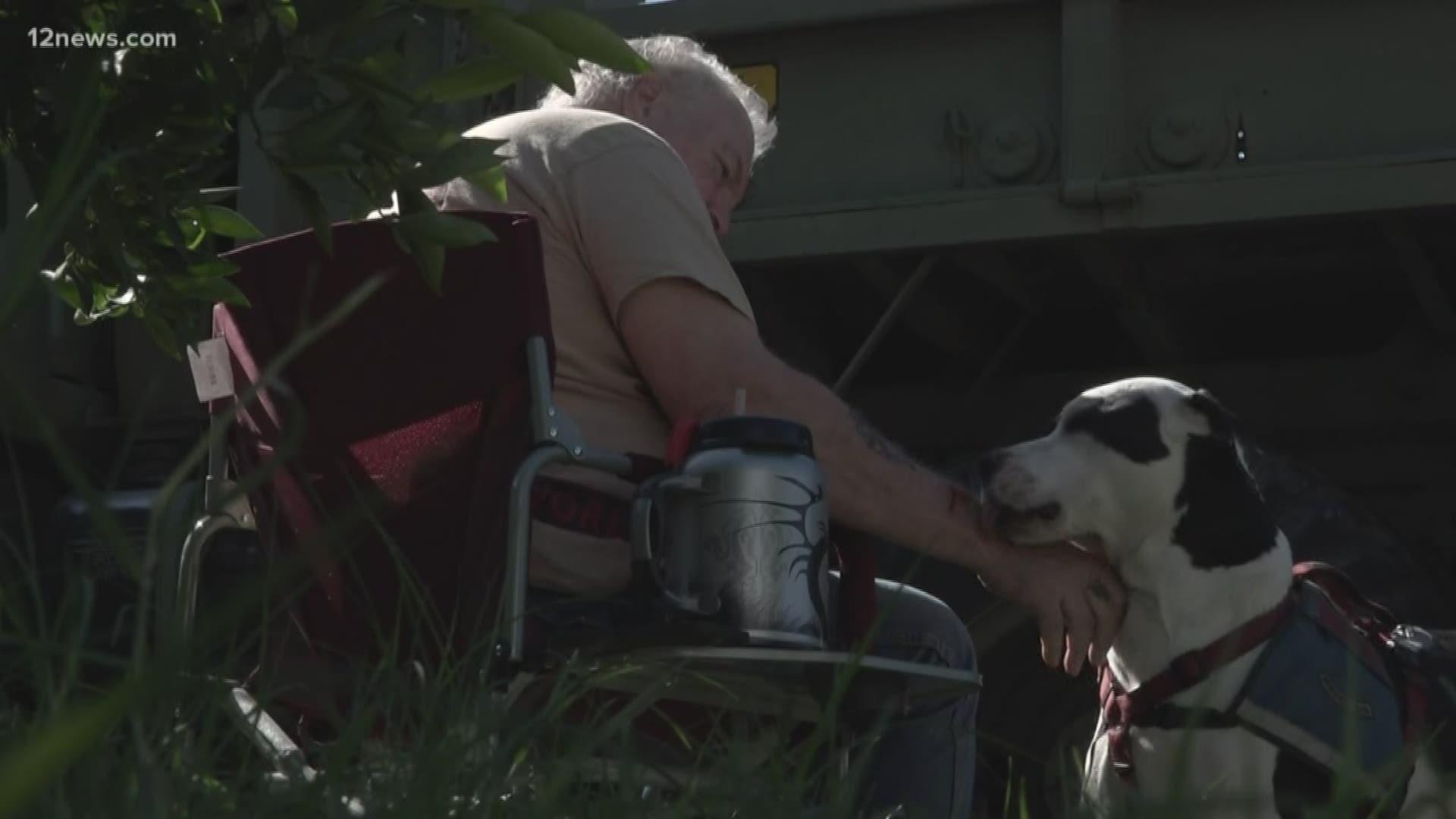 PHOENIX — Arizona Attorney General Mark Brnovich is going after a Phoenix bar after the owner is accused of asking a veteran with a service dog to leave, according to a lawsuit filed last week.

The lawsuit claims Obrien's Sports Bar violated the Arizonans with Disabilities Act when the bar owner and bartender asked Bill Larson and his service dog Whopper to leave the bar in January 2018.  The AG's Office explains Larson is a veteran who suffered traumatic brain injury and uses Whopper, a trained service dog, to help detect stroke-like attacks.

“Under Arizona law, all Arizonans have the right to full and equal enjoyment of places of public accommodation,” said Attorney General Mark Brnovich. “Disabled individuals who require the use of a service animal cannot be excluded, denied services, segregated or otherwise treated differently than other individuals because of their need for reasonable accommodations.”

The lawsuit says O'Brien's Sports Bar only allows service animals that assist with disabilities related to navigation, hearing or sight.  AG Brnovich is asking for "injunctive relief," which means the bar would have to uphold all aspects of the Arizonans with Disabilities Act, which includes service animals helping to deal with traumatic brain injuries, like Larson and Whopper.  It also includes training employees regarding disability discrimination.

If the bar does not comply, the business could face a civil penalty up to $5,000 for the first violation and $10,000 for violations after that.

12 News has reached out to O'Brien Sports Bar for comment and is waiting to hear back.