A man walking into a Cave Creek business with a mask on ended with the owner drawing a gun on the customer. 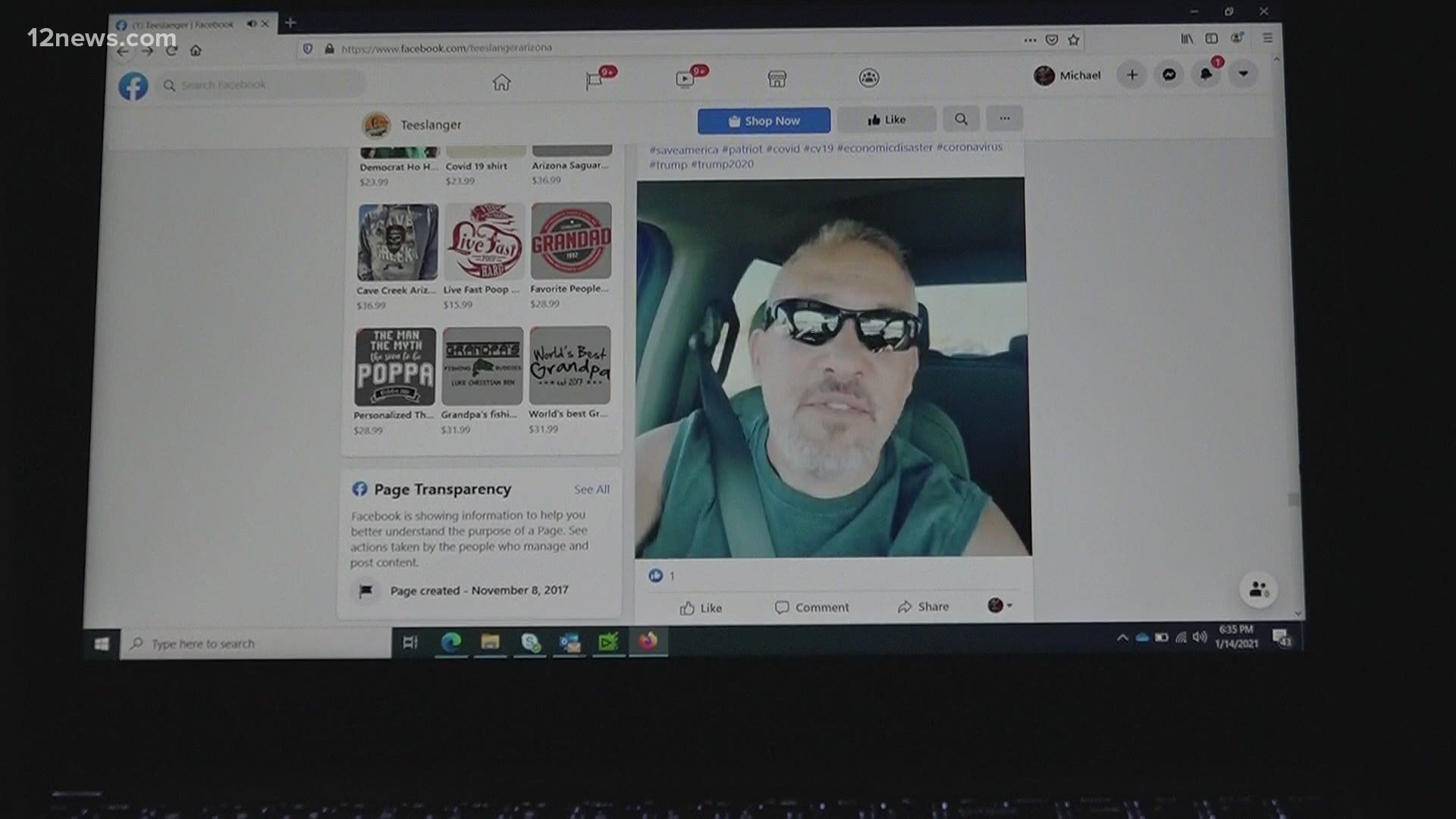 PHOENIX — A man walking into a Cave Creek business with a mask on ended with the owner drawing a gun on the customer.

In late November, a sheriff’s incident report said the man walked into Teeslanger, a specialty T-shirt business in Cave Creek.

The report said the man was wearing a mask.

The problem? The owner of Teeslanger, Scott Cerkoney, declared his business to be “mask free.”

“You don’t even have to buy anything. Let’s just talk about liberal Democrats and how much they suck.”

For the first seven or eight months of the pandemic, Cerkoney said he has put a sign outside his business, which said his business would be mask free.

That November afternoon it read: “No masks allowed, this virus was a weapon used by Democrats to steal an election,” Cerkoney told 12 News.

(There has been no evidence of widespread fraud that would have “stolen” the election. Any lawsuit claiming something to the contrary has been thrown out of court.)

Cerkoney asks the man to take off his mask or get out of the store. Cerkoney said he asked multiple times, raising his voice while getting close to the man.

“Then he pushed me physically across the store. Physically pushed me, and that’s when I drew my weapon,” Cerkoney said.

The sheriff’s incident report has multiple witnesses seeing what looked to be a physical altercation between the two.

In the report, the man admits he shoved Cerkoney before the gun was drawn.

At that point, the man left the store. Both men would call the sheriff’s office to report the other.

The sheriff's department said the incident is still under investigation.

Cerkoney ended his “maskless” policy after the incident. He now says it is up to his customers to decide what to do.

Arizona has seen the number of COVID-19 cases skyrocket in recent months.

More than 10,000 Arizonans have died from the disease while more than 600,000 people have been infected.

All over the state, cities and counties are putting forth mask requirements to help slow the spread. Arizona Department of Health Services has also put out rules meant to govern some businesses.

So how could Cerkoney’s business be maskless? Cerkoney said he was never cited by anyone for his policy.

The reality is, Cerkoney’s policy may have found a loop hole or fit in a spot without enforcement.

There is no statewide mask mandate in Arizona.

There is some power for the Arizona Department of Health Services to enforce mask requirements but they are limited in scope.

In an email, a department spokesperson said “ADHS’ enforcement authority over mask requirements covers restaurants, gyms, movie theaters, and water parks as per the governor’s executive order. Mask use is required in those businesses statewide. Bars and nightclubs that can’t offer dine-in service remain closed under the executive order and state business benchmarks.”

Gov. Doug Ducey left it up to cities and counties to put out their own requirements.

Maricopa County has passed its own mask requirements.

However in an email, the county confirmed its mandate is for people, not businesses.

The county also said it does not enforce its rules, leaving that to local law enforcement. 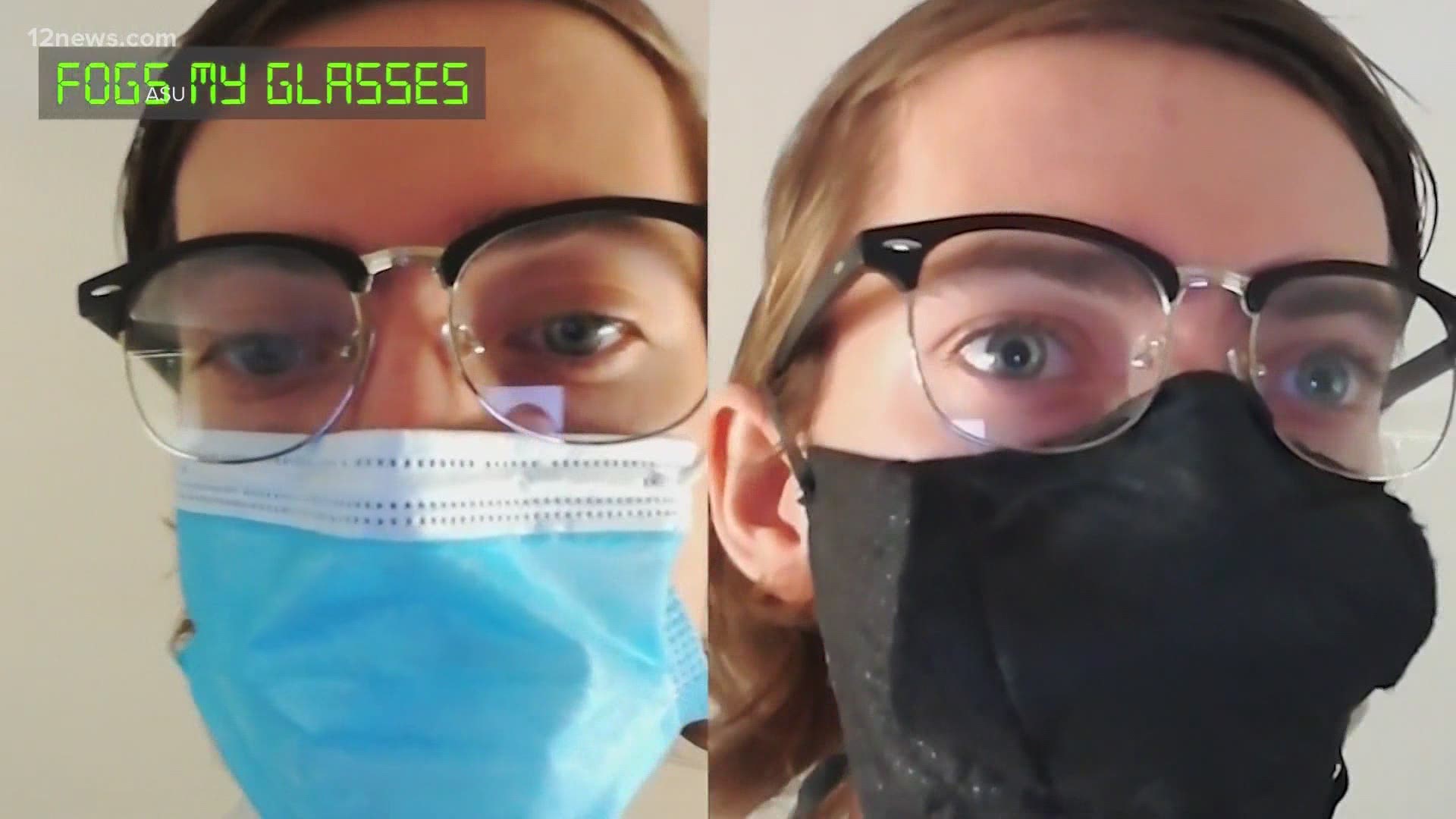