Some doctors want the state to find ways to process COVID-19 tests faster that aren’t reliant on existing business contracts. 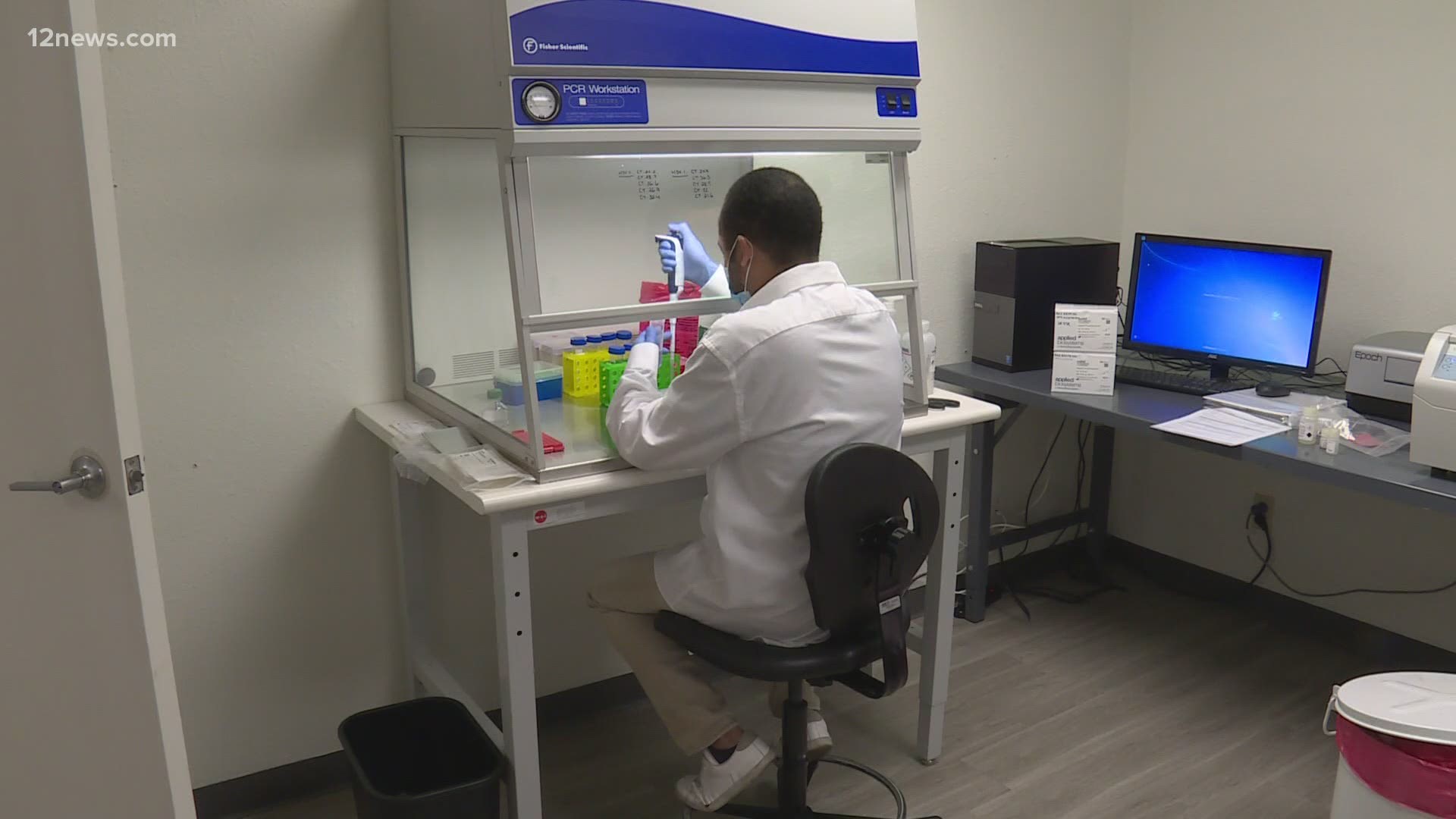 The most commonly used lab in the state, Sonora Quest, processed the test.

“I followed our own advice. I stayed home. I got tested,” England said.

England's test results by Sonora Quest were not released until nine days later on May 27th.

“For a test to be worth something you have to get results back reasonably quick so you can act,” England said. “Testing, in general, has been getting better, but it’s in fits and bursts. And my testing experience is a great example of that.”

The letter was an appeal to the state to ask them to direct emergency testing materials to another lab, Paradigm Laboratories. The county had concluded that among several labs, Paradigm stood out as the most reliable. It produced test results within just a day or two.

The county’s letter is evidence that not everybody is happy with a so-called “big box” labs, such as Senora Quest, that currently hold the majority of testing contracts in Arizona. Doctor’s offices and hospitals sign contracts with labs to get favorable pricing. In exchange, those providers commit to doing all testing with those companies.

During normal times, the business model works fine. But during a pandemic, certain labs are not able to keep up with demand. Expanding the number of labs to handle testing requires government action.

“We would love to assist alleviating the backlog in testing for the state and Maricopa County, but we haven’t had the opportunity to do that for them,” said Ethan Sasz, CEO of Paradigm Laboratories.

Paradigm has not only taken over the bulk of Pima County’s testing, but Sasz says they are still only operating at 40% capacity.

Some doctors want the state to find ways to process COVID-19 tests faster that aren’t reliant on existing business contracts.

“Honestly, I can’t think of a nurse, respiratory therapist, or an ER Doctor that gives a damn about who is doing it, who has a contract,” said Dr. Matthew Heinz, a contracted hospitalist for the Tucson Medical Center. “We just need to get the test results so we can take proper care of our patients.”

Heinz said every day that passes while doctors wait for test results, PPE supplies are wasted.

12 News asked AZDHS Director, Dr. Cara Christ, if the state is playing favorites by limiting its communication with known entities like Sonora Quest.

“We are not playing favorites. I think we either have or had an RFP out from the state so that laboratories could apply for so that we could get contracts to increase testing for long term care facilities or projects that we are working on,” Christ said. “Anybody, if it is still open, is welcome to apply.”