Are bobcats getting more friendly in one Ahwatukee neighborhood?

It didn't take long for the bobcat to find our reporter and his camera. 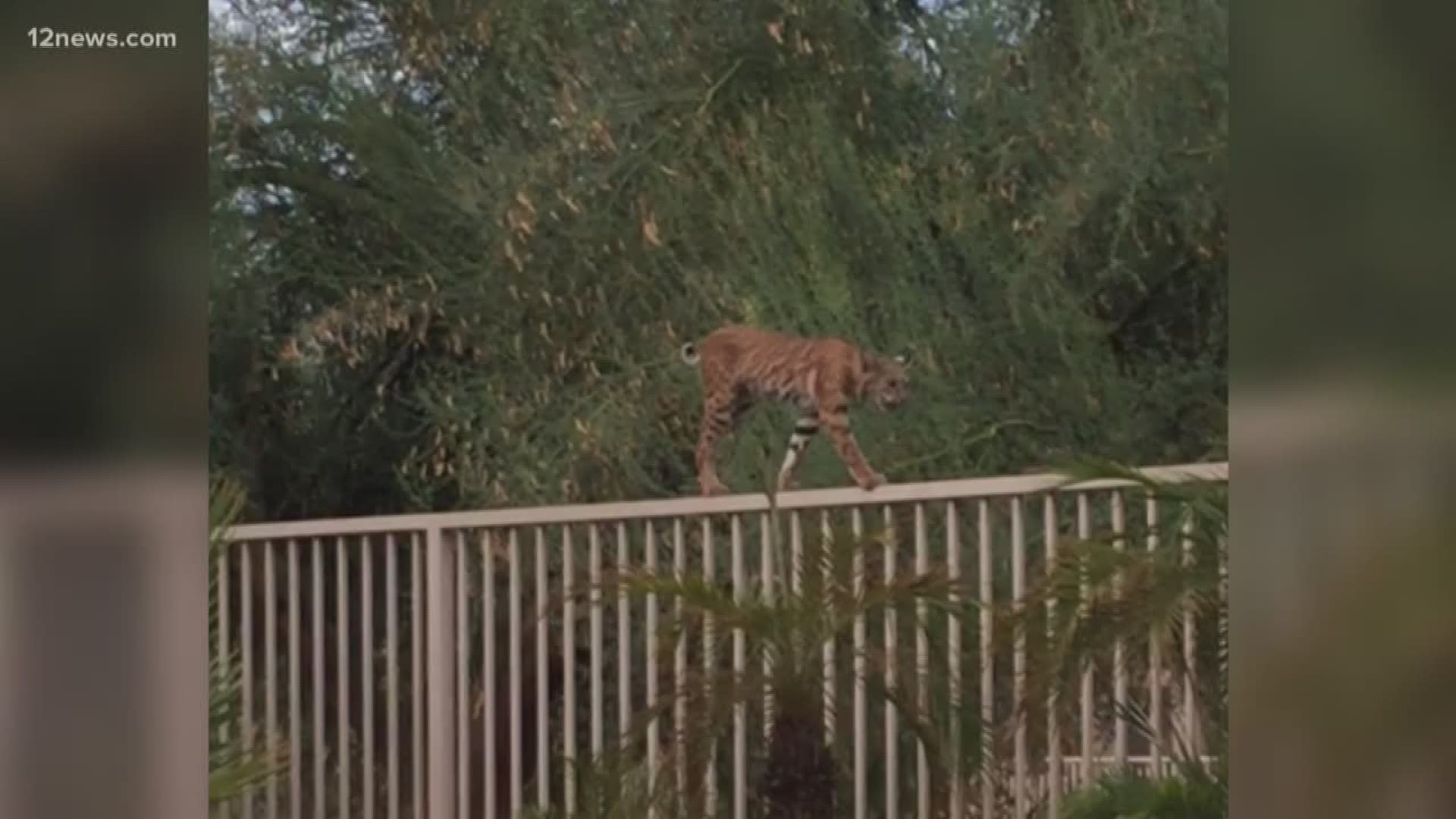 PHOENIX — A bobcat sighting or two over the summer is no strange occurrence in west Ahwatukee, but it's turning into a regular thing in Tannis Land's backyard.

"Two visits is fine, but three? OK he's getting to be a little too comfortable," Land said while peering out into the wash behind her home.

Land and her husband drink coffee in their backyard every morning and have seen a bobcat scaling their fence twice in the last few days.

"He would glance at us once in a while, but he just kept on walking. Walked to the end of the fence," Land said.

After my interview with Land, I ventured into the desert wash behind her home to shoot video for the story, you know, typical newsgathering stuff.

Just a few minutes later, a bobcat which looked very similar to the one in Land's video appeared in the bushes just feet away from my camera. Dogs started barking and we slowly backed away from each other. This bobcat wasn't interested in me at all but certainly wasn't afraid either. The bobcat sighting was near Chandler Boulevard and 29th Avenue.

Dozens of other people in Ahwatukee have recently posted pictures of bobcat sightings in the community's Facebook group.

Experts remind people to make as much noise as possible when coming face to face with the animal to hopefully scare them off. Generally speaking, the bobcat is not interested in an encounter with humans.