Razor has become the third scooter rental company to operate in the city. 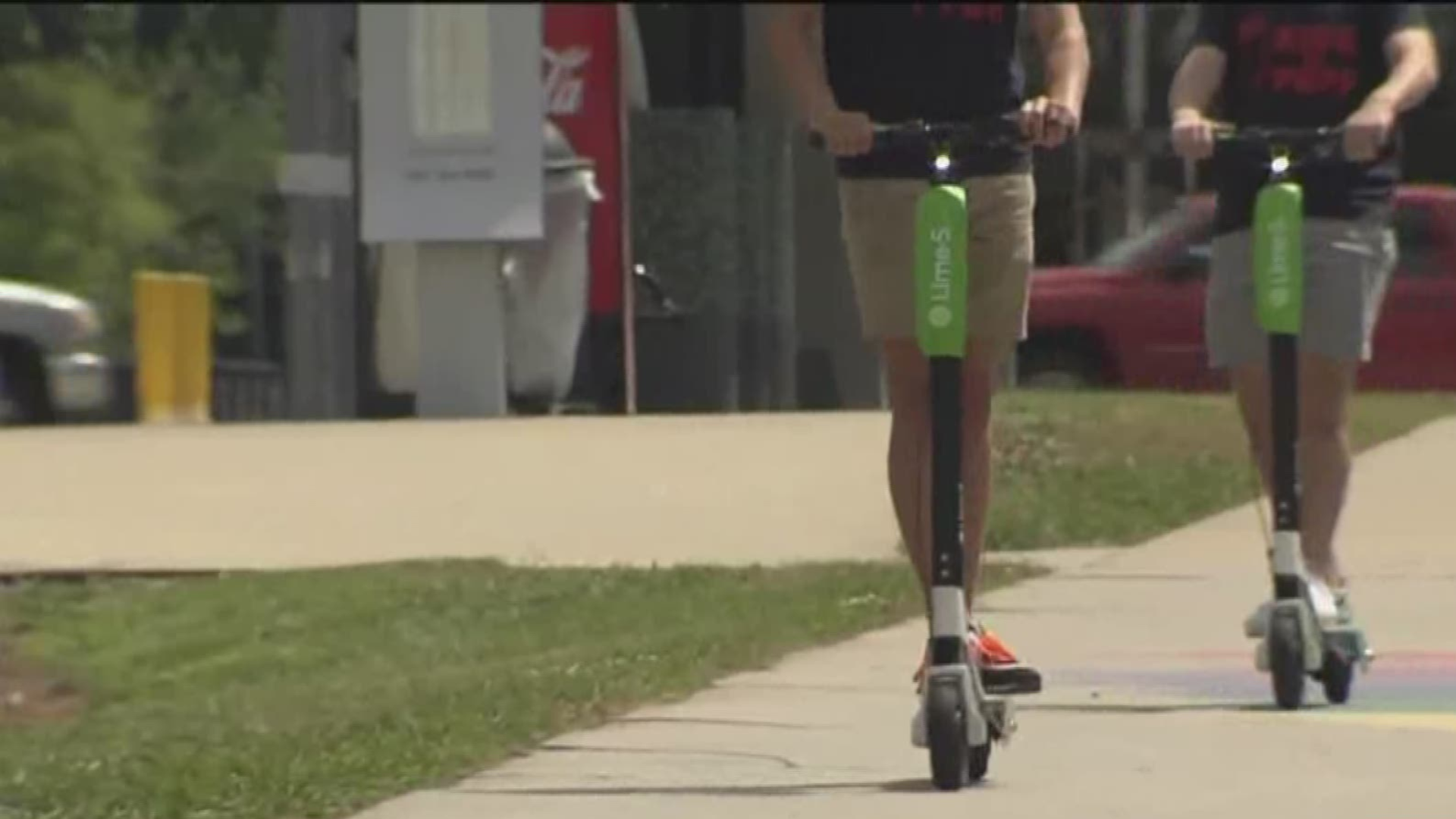 Another scooter rental company is raising concerns in Tempe. Razor is now the third company operating across the city, joining Spin and Bird.

And while many officials are praising the additional competition, others still have concerns over safety.

“It’s really good at that sort of last mile, mile and a half, and I don’t think that’s going away,” said Tempe councilman and scooter supporter Kolby Granville.

The scooters typically unlock the scooter with your phone at a cost of around a dollar to start and about 15 cents a minute. Supporters say it’s eco-friendly and that - unlike dockless-bikes - less of them are left where they shouldn’t be, because the companies need to pick them up to charge the battery.

But critics say the rules of the road are rarely followed and that few seem to follow the company's requirement that they wear a helmet.

Scottsdale officials issued Spin a cease-and-desist order when they showed up, but the ban was later rescinded.

One of the worst case scenarios happened in San Diego, where the wife of a Phoenix firefighter suffered a skull fracture, and her daughter got a fractured spleen, when they were hit by a rider illegally on the sidewalk.

“It’s absolutely ridiculous that they would be allowed to have these types of vehicles at the rate of speed that they can go… It’s absolutely, in my opinion, negligent to the public,” said Dan DeWitt.

“You also want all of the people to have a comfortable situation. That’s people that bike. People that walk. People that drive cars. And you just need to create rules and laws and an infrastructure that provides a place for everyone,” said Granville.

For it's part, Razor issued 12 News the following statement:

"Razor prioritizes safety which has been illustrated during our 15 years-long track record of selling electric scooters. Razor has also custom built its Share scooter from the ground up to provide a better ride and promote rider safety; features include an oversized and spacious deck, anti-slip surface, UL-compliant battery, and oversized front tires.

Razor trains and employs a local team that is regularly in market to maintain, monitor, park or address any community concerns.

On every scooter, we have a phone number that anyone can call for any issue - 833-LASTMILE. With each Razor Share city we operate in, we work with city officials to understand their rules and encourage our riders to follow these rules through the Razor app and local marketing efforts."