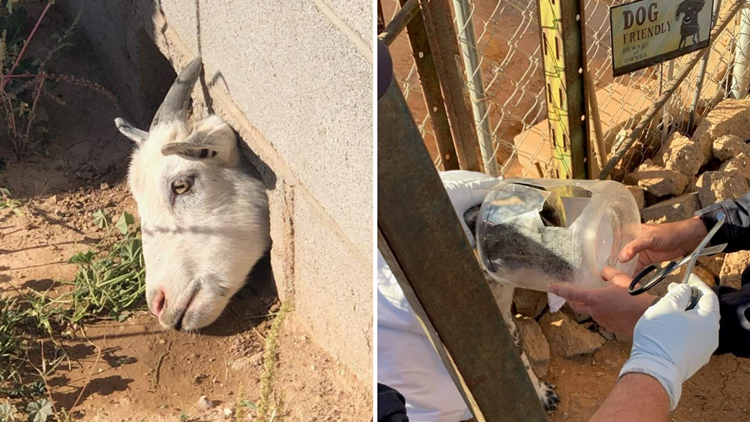 SUN CITY WEST, Ariz. — Firefighters had their hands full in Sun City West Thursday morning when a couple of animals found themselves caught in tight spots.

Firefighters freed both animals, and they're both OK.

RELATED: Neighbors spring into action when coyote carries off dog

RELATED: Dog that went missing after its owners were involved in a deadly crash in northern Arizona found safe