They are often the first people at some of the most dangerous and traumatic situations. We go inside Station 44 of the Phoenix Fire Department to get an up-close look at what firefighters deal with every day. 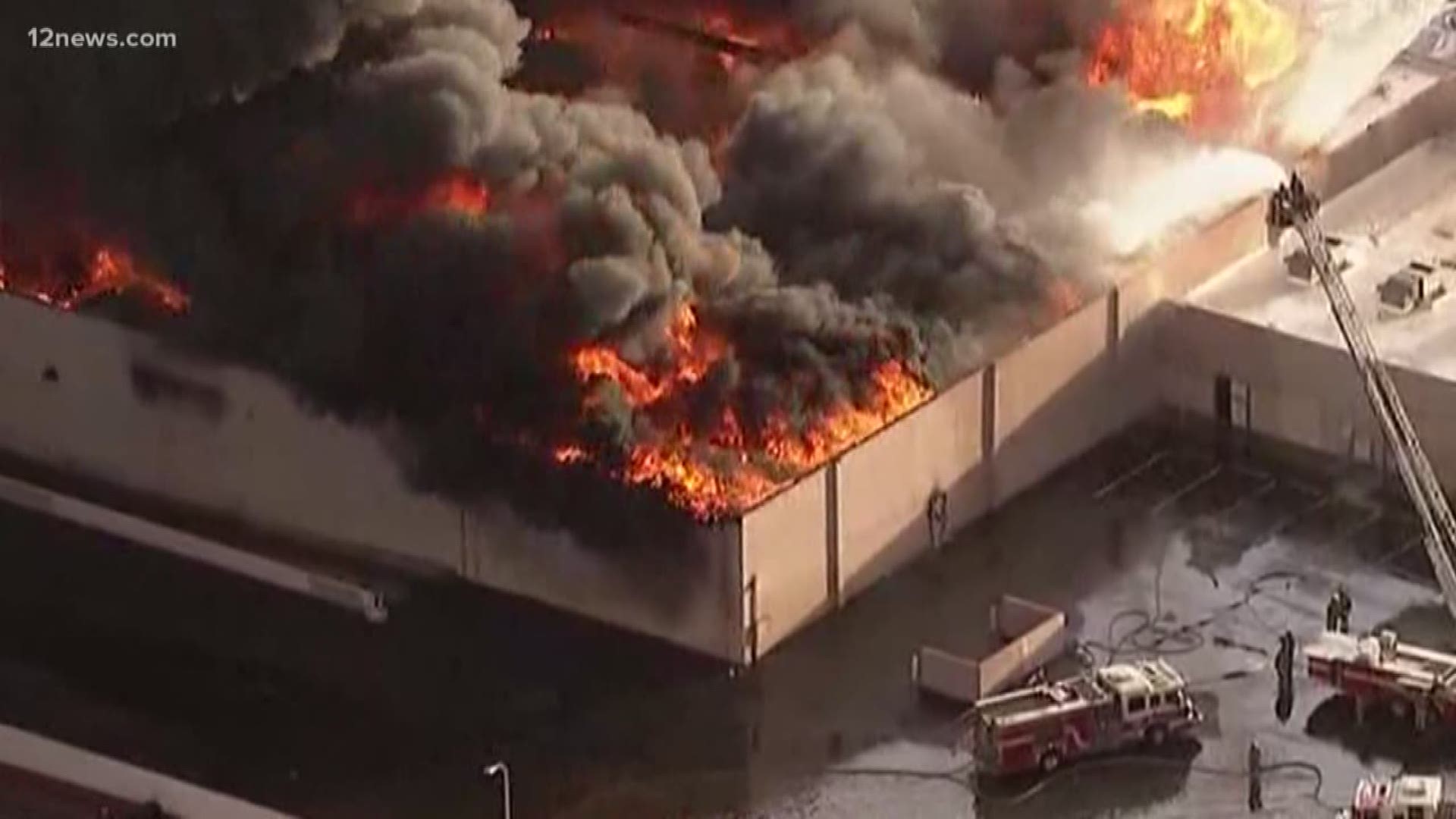 PHOENIX — It’s 3 a.m. While most of us are sound asleep, a tone goes off at the fire station.

And for the firefighters and paramedics of Squad 44, there’s barely time to suit up before roaring off into the night, not knowing if this call could be their last.

Phoenix firefighter Tony Holtorf said what scares him is, “knowing that at any time, those tones go off, and we could go on a career call, where I’d have to put everything on the line.”

They all know it; it’s what they signed up for, and they all deal with it in their own way.

Captain Josh Hart never takes anything for granted when he leaves for his 24-hour shift.

“'Goodbye, I love you, have a good day,' you know, I say that every morning. You never know. You never know when it’s going to be the last one,” he said.

We were invited to spend 24 hours with Squad 44 to see how they respond, how they train, how they decompress and how they deal with all the dangers they face on the job.

Despite what you might think, fire is not among the top of their concerns.

“I think my biggest concern now, being a firefighter, is fear of cancer,” said Captain Greg Hawk. “There’s so may things that we get exposed to in our career.”

That cancer risk is very real. Just last month, Phoenix firefighter Rick Telles passed away after battling an aggressive form of cancer contracted in the line of duty.

Now, firefighters are taking measures to decrease that risk. Every firefighter has two complete sets of equipment.

After responding to a fire, they get hosed down while wearing their turnout gear, then turn it in to get professionally cleaned. The next fire they respond to, they wear a whole new set of gear.

When firefighters are not on a call, there’s a good chance they’re training—whether it’s working with the jaws of life for an extrication call or climbing stairs with a weighted hose—so they can be ready for whatever comes their way.

Close to 75 percent of the time, the calls firefighters respond to are medical in nature.

A little after 8 p.m., Squad 44 responds to a Circle K near 83rd Avenue and McDowell Road, where a man showed up incoherent.

The 29-year-old was coming down off meth and heroin and was taken to a detox center. It’s a raw reminder that Arizona is in the depths of the opioid crisis.

“He’s trying to get clean by himself, and he’ll go get clean for a week or two, but he’s got nobody in his life that’s going to keep him on the path,” Holtorf said on the ride back to the station.

Back at the station, they’ve put the movie Anchorman on for me, maybe a little rookie hazing. But it’s dinnertime—a time to eat, but more importantly, a time to bond.

The downtime is a way for them to decompress and to deal with the dangerous and traumatic situations they’re faced with day to day.

“Especially in this line of work, you have to have that,” Gile said.

Research shows that the stressful situations first responders deal with could take their toll, increasing the risk of post-traumatic stress disorder for those in this career.

“I watched my dad do it for years and years, every day he would leave home,” he said. “I don’t think there’s a more honorable way to approach life than to say, ‘I’m willing to lay down my life to save somebody else, to protect somebody else.’”

Despite the ever-present danger, there’s nothing these firefighters would rather be doing.

“If you ask anybody here, they would tell you it’s an amazing opportunity,” Holtorf said.

“If I won the lottery, I wouldn’t quit this job, honest to god,” Hart said.

“When you do help somebody and you truly can make a difference and influence someone’s life, it’s well worth it and it gives you all the gratitude in the world,” Gile said. “And that’s the kind of thing that most people in this line of work feed on.”