Semi-truck hazardous chemical fire at an Amazon warehouse under control

Interstate 10 re-opened and it is safe for people nearby to turn their AC back on but continue to shelter in place if possible. 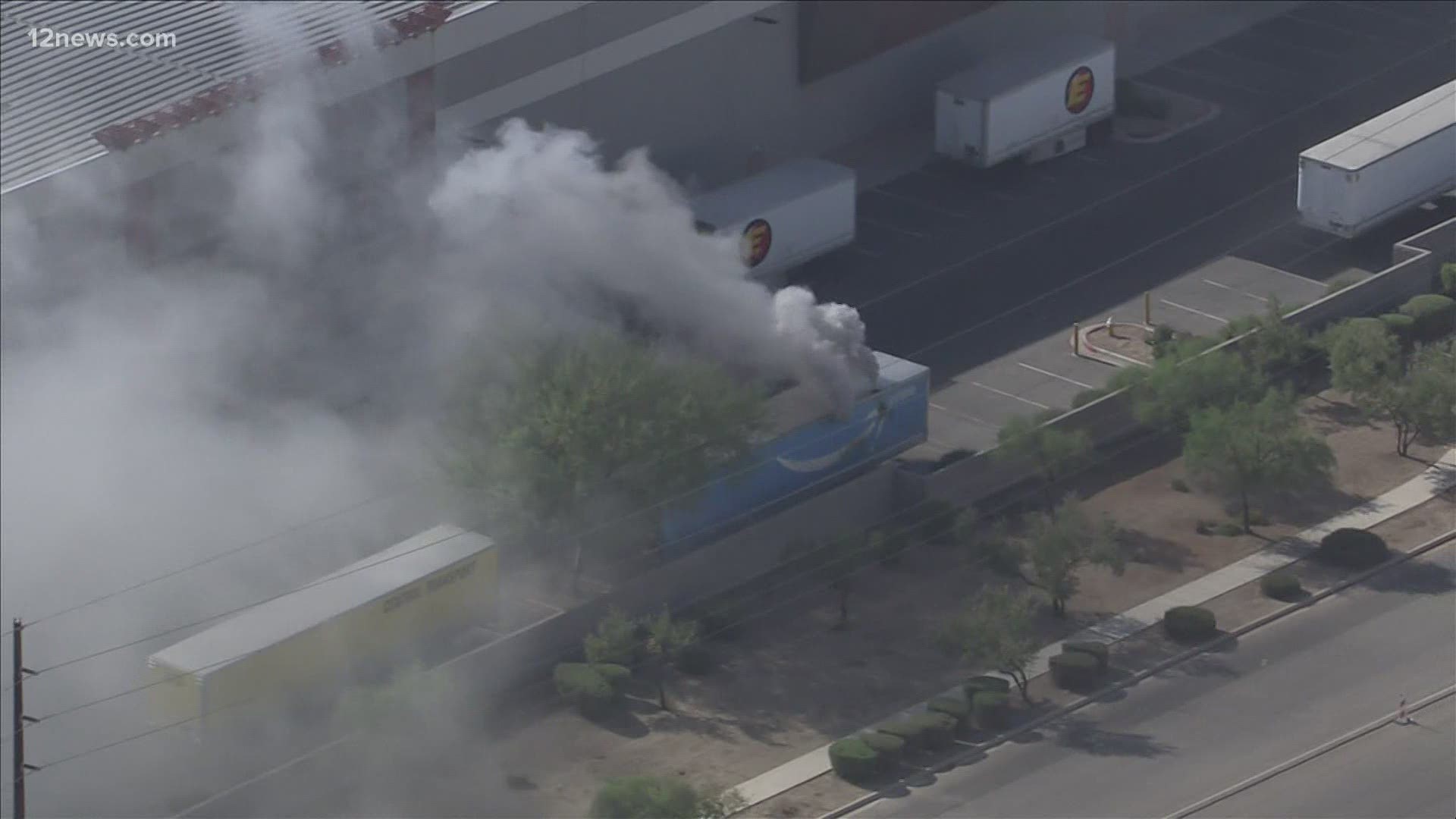 PHOENIX — The Phoenix fire department was dispatched to a trailer on fire next to an Amazon warehouse facility Thursday morning.

Fire personnel received complaints of a chemical odor as far as half a mile away starting at 7 a.m.

The Department of Public Safety shut down both directions of the I-10 east and west from 67th Avenue. to 83rd Avenue. The I-10 was later reopened.

Phoenix Police shut down southbound and northbound 75th Ave. south of the I 10 to Buckeye Rd. due to the smoke.

The cause and materials burned in the fire were still under investigation.

No firefighters were hurt in the blaze.

Businesses surrounding the Amazon warehouse facility were evacuated and people were sent home.

RELATED: Evacuations lifted for Bighorn Fire as it burns 119,541 acres in southern Arizona