'All the lives are worth it': Arizona mother's need for a liver transplant shows issues in US transplant system

An Arizona mother is now in Mexico, preparing for a liver transplant because the more than $140,000 she raised wasn't enough to get the procedure in the U.S. 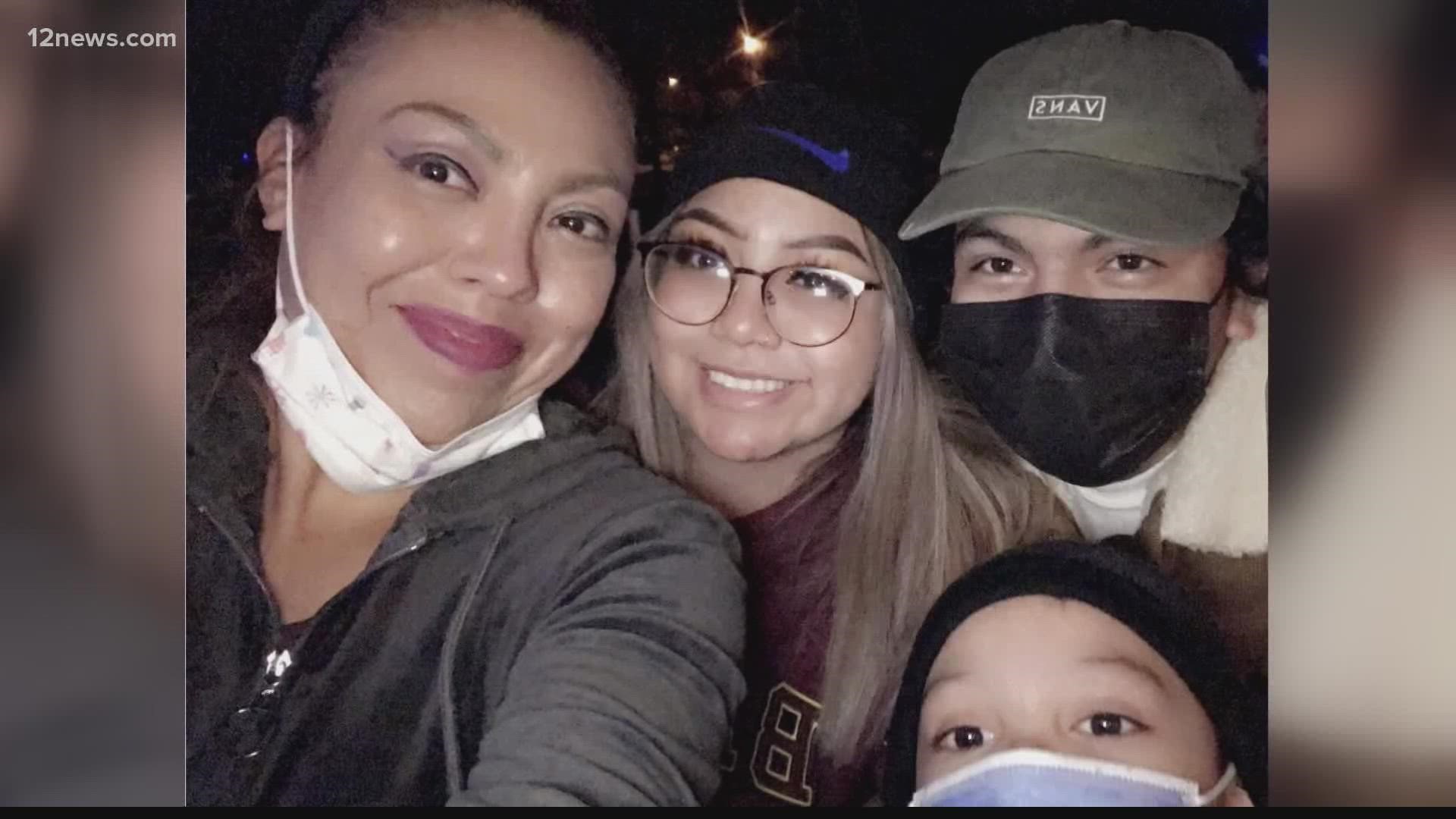 GLOBE, Ariz. — An Arizona mother is now in Mexico, preparing for a liver transplant to save her life.

Lilly Machado went there even after she raised more than $140,000 with the help of her Globe community for the procedure.

When it comes to support and encouragement, Machado isn't short.

Her community has been rallying around her at every turn, not only raising money, but sending letters, and organizing a send-off for her.

"They're helping to save my life," Machado said.

But hospitals in Arizona tell her she is short on cash, even after the community raised all the money they did for the liver transplant.

"I’ve been knocking on all the doors, all the resources and all the people denied me the chance to have my surgery, my transplant," Machado said. "Because I don’t have the money for them. It was just numbers and it wasn’t a life."

12 News contacted Banner Health, Mayo Clinic and Dignity Health about Machado's transplant, all the hospital groups her family said they went to for help. None of them would comment on her case.

"I have experienced these situations very frequently with patients," Katrina Bramstedt, Ph.D. said.

Bramstedt specializes in transplant ethics and is on staff at Cedars-Sinai Medical Center in Los Angeles, California.

"If the hospital is not comfortable that you're going to have really robust access to your medications, because you can afford them or your insurance will cover it for you, they will be very concerned that you could go into rejection, and then you would lose that organ," Bramstedt said. "And organs are so precious and so scarce."

Even those with insurance aren't immune

"It's a very costly procedure," Robert Klitzman, MD said. "Unfortunately even if you do have insurance, it doesn't always cover the full cost."

Klitzman is the Director of the Bioethics Master's Program at the Joseph Mailman School of Public Health at Columbia University.

He said it's not just the cost of the transplant itself, but the drugs and care needed after to make it successful.

According to United Network for Organ Sharing (UNOS), the first kidney was transplanted successfully in 1954. But even though nearly 70 years have passed since then, it's not cheap.

"The nature of transplantation, it is a very, very expensive technology," Bramstedt said.

Machado's family said they were quoted nearly half a million dollars for her transplant and the medications needed after to help make it successful.

"I think most people understand livers aren't cheap," David Belk, MD said. "But people need to understand they are not nearly as expensive as that hospital quoted her."

Antirejection medications are also needed post-transplant to help the body from attacking the organ and rejecting it.

"They're kind of expensive, but they're not nearly as expensive as they were maybe 5 to 10 years ago, because almost all the medications now, the anti-rejection medications, they give to transplant recipients are generic," Belk said.

Klitzman said even if hospitals are overcharging, the procedure and costs would still add up.

"Even if you were to scrutinize, as we should, to make sure that's not the case, this would still be very expensive," Klitzman said.

While at the lowest it's been since 2009, UNOS said in August, 106,669 men, women and children are on the waiting list for a transplant.

"In transplantation, we're always short, we always have a need for donors," Bramstedt said.

According to organdonor.gov, 17 people die every day waiting for an organ.

"This is a wake-up call that people wish more people should consider being organ donors," Klitzman said. "Because if there are more organs available hospitals wouldn't be in the position of saying, 'We have only so many organs'."

'All the lives are worth it'

While Machado's family said it was a difficult decision to have her go to Mexico to try and get a transplant there, they're finding hope in it.

"This is the miracle that we were all praying (for)," Machado said.

Bramstedt and Klitzman both said the issues Machado is experiencing with the system now could be helped with universal healthcare.

"I think that her story shows why it's important to have policies like national health insurance that can help people like this," Klitzman said.

"There's other Lilly's that are fighting alone," Machado said. "The government needs to do some changes to make it more human because all the lives are worth it," Machado said.

12 News contacted all the members of Arizona's congressional delegation in both the U.S. House of Representatives and the U.S. Senate regarding Machado's situation.

Only a spokesperson for Senator Mark Kelly (D) gave a statement to 12 News.

“Senator Kelly is saddened for Lilly and her family and hopes that she can receive the life-saving medical care she needs. He believes this isn't an experience that anyone should have to go through and is working in the Senate to increase access and reduce costs for care.