Doug Maldonado lives just few blocks from Bertha Gibson and said he had to step up when vandals wrote on her garage door in protest of a nativity scene in her yard. 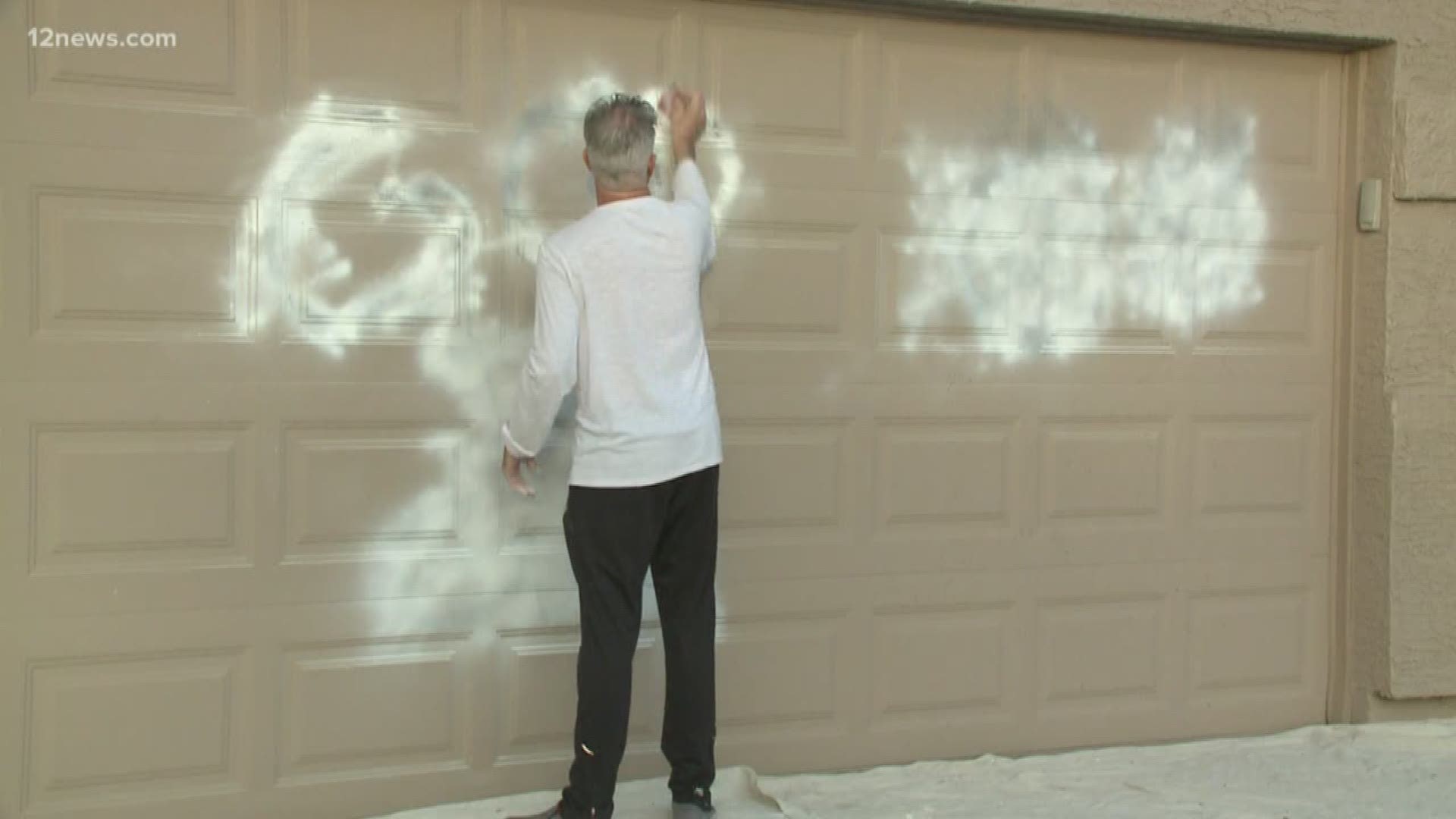 A positive update to a story we first told you about yesterday. An Ahwatukee woman who had her garage door vandalized early Thursday morning is thanking a neighborhood handyman for painting over the message and donating all his labor and material for free.

"It’s been wonderful, and it’s been pretty special to get to know Doug," said Bertha Gibson.

Bertha is talking about Doug Maldonado. Doug runs Maldonado's Handyman service. When he passed by Bertha Gibson’s house and saw the message, he couldn’t believe his eyes.

"It’s gut-wrenching. You don’t ever want to see someone’s home damaged. When that happens it’s just not fair. You want to help them," said Maldonado.

Maldonado not only owns his own handyman business in Ahwatukee, he happens to live right up the street from Bertha. Early this morning he got busy, putting a coat of primer, matching the original paint--making sure there’s no remanence of what was there.

"I wanted to make sure I did both garage doors. Not just the one that had damage on it. Because if I were to do that she just going to see the other door," said Maldonado.

Bertha says in a way, the vandalism has brought the community closer together. She received support from her neighbors condemning the act and support for her vowing to keep the Nativity scene in place.

"Even people that don’t believe said I should keep it up," said Maldonado.

For Doug Maldonado, his act of kindness is not only for Bertha but for Ahwatukee as well. He says this act doesn’t define this community.

"Something that happened to her garage door can not define the way our community is. It does not define our community. I just wanted to make sure that’s noted," said Maldonado

Bertha and Doug say they’re not just neighbors, they are friends. A friendship started out of kindness and commitment to the community.

If you have any information that could help Phoenix police make an arrest give them a call. The number is 480-WITNESS. You can remain anonymous.