Aggressive driver sideswipes woman's car and then takes off

She said the car tailgated her, then rear-ended and sideswiped her as she drove home down Riggs Road between Ellsworth and Rittenhouse roads. 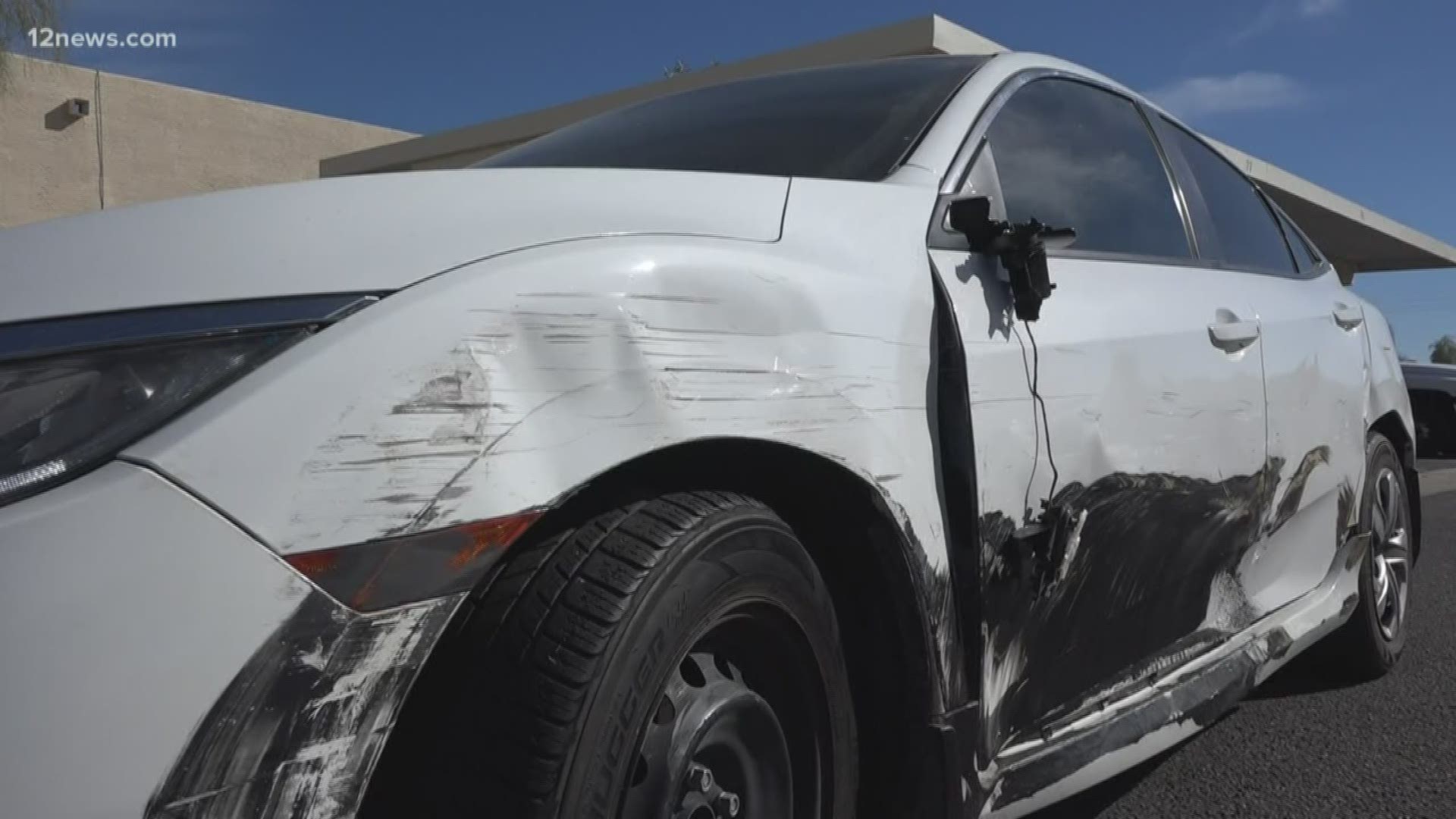 SAN TAN VALLEY, Ariz. — A San Tan Valley woman is shaken up after a car sideswiped her while she was driving and then took off.

Krissie Romo said it happened she was driving home down Riggs Road Tuesday night between Ellsworth and Rittenhouse roads.

“I noticed someone was kind of tailgating me from behind,” Romo said.

That’s when she said the car rear-ended her.

“That kind of startled me a little bit because my car started to fishtail,” Romo said. “That’s when I kind of brake.”

She still isn't sure why it happened.

“I had no intention of brake-checking him or anything like that," she said.

Romo said the car then moved to her left side and out of the lane and sideswiped her twice.

“Hit my back tire first so that jumped me to the side a bit,” Romo said. “I was scared for my life more than anything at that point.”

The car drove away, but the marks from the impacts were left behind on Romo’s car.

“It was not the paint, it was actually his tire coming up onto my car and breaking my window and then coming back off here,” Romo said.

Romo said she’s not exactly sure what could have prompted this, whether it’s road rage or a drunk driver. She did file a report with the Maricopa County Sheriff’s Office.

While she didn’t get a license plate, she said it was a dark four-door car.

“Definitely needs to take responsibility for sure,” Romo said.

Romo is just grateful she’s okay as she’s now working on getting her car fixed.

Anyone with information is asked to contact the Maricopa County Sheriff’s Office at 602-876-1000.

• 'It's not worth it' | Is there a cure for road rage? Anger management class reveals why people are mad