After a dog mauled at dog park, what can you do to protect your pup?

A dog attack that happened in a matter of moments has left a young couple with a five-figure bill. 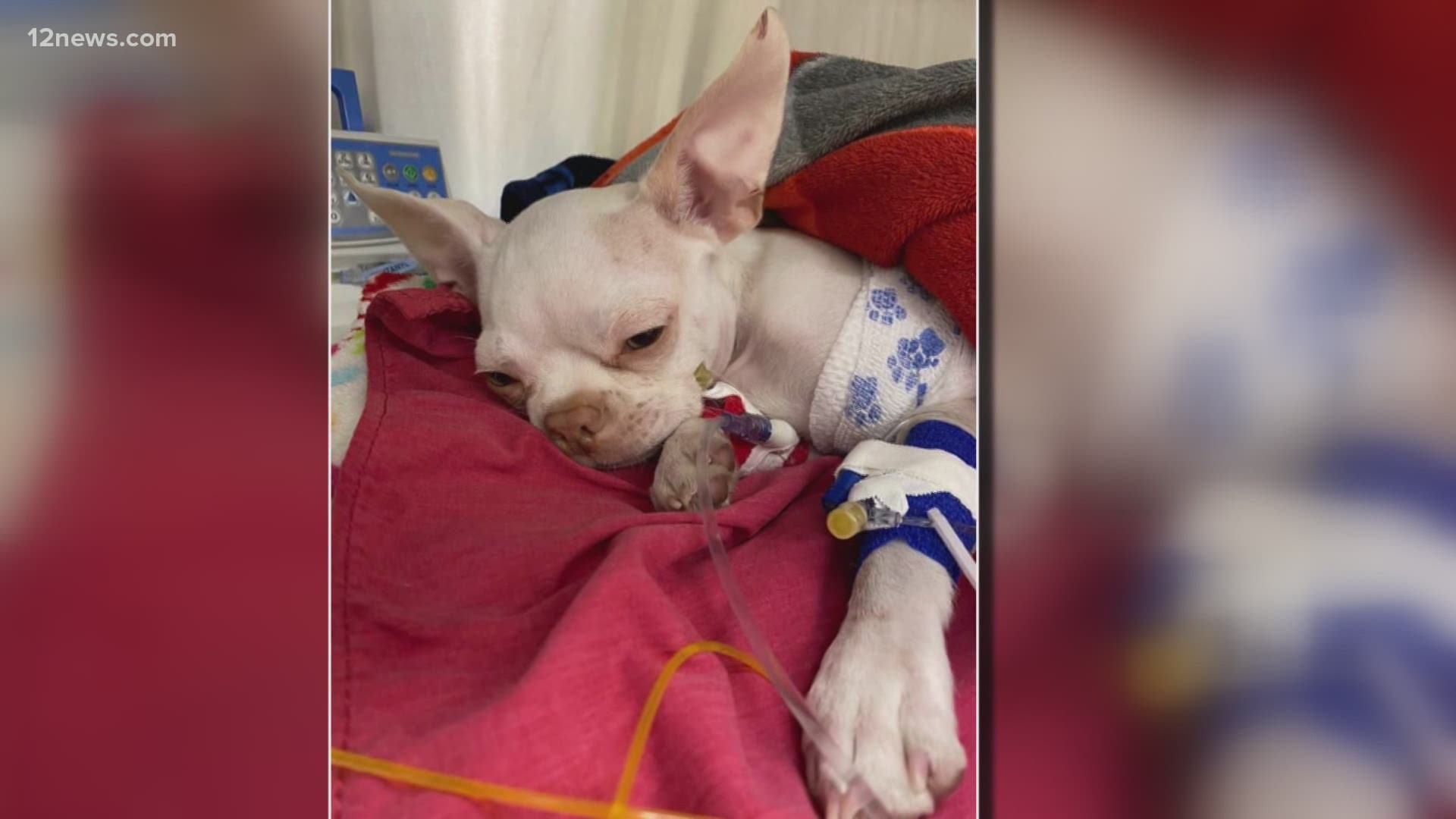 PHOENIX — A young dog is recovering Tuesday night after being attacked by another bigger dog while at the dog park.

The dog park is supposed to be a place of enjoyment and fun for dogs of all shapes and sizes, but it turned into a nightmare for one family.

“I hear Winston yelping and all of a sudden I see this dog with Winston in his mouth and he is shaking him like a dog toy,” Alex Carrilho said.

Alex and his girlfriend Sasha got a new Boston Terrier Bulldog mix after seeing it on Craigslist. They said they got the new puppy to provide some company for their dog they already have together.

“He was the cutest little thing, he was a little nugget,” Carrilho said.

“Kissing my face and I just miss that every day,” Sasha said.

Last Friday, Carrilho took Winston to Grovers Basin Dog Park in north Phoenix. He said he was just 10 feet away when a Greyhound picked up their tiny puppy and started to swing Winston around as if he were a chew toy.

She’s too familiar with these types of attacks but says there are steps you can take to protect your dog.

“First and foremost, you need to make sure your dog is a dog park dog,” Gable said.

Gable said often people have a fantasy when they first adopt a dog of playing with the new puppy in a dog park. In reality, some dogs just don’t play well with others.

If you decide to take your dog out. Gable recommends having a Plan B if things go wrong.

“I'm constantly looking for if a dog were to come at me right now where I could go,” Gable said.

That includes knowing where the nearest emergency vet is.

Gable also said to get the contact of the other dog owner if there is a fight.

Alex and Sasha said they now face a vet bill of around $10,000. However, Winston is expected to survive.

Alex and Sasha did get the contact of the Greyhound owner. However, they say the owner has not paid for any of the medical bills.

“We decided we are going to take care of my puppy now and worry about the finances later,” Carrilho said.

The two have started a couple of fundraisers and taken loans to pay for their dog's help.

If you would like to help out, you can donate here.