The Arizona Department of Transportation is looking to eliminate traffic on I-10, and it could make the new State Route 30 a toll road. 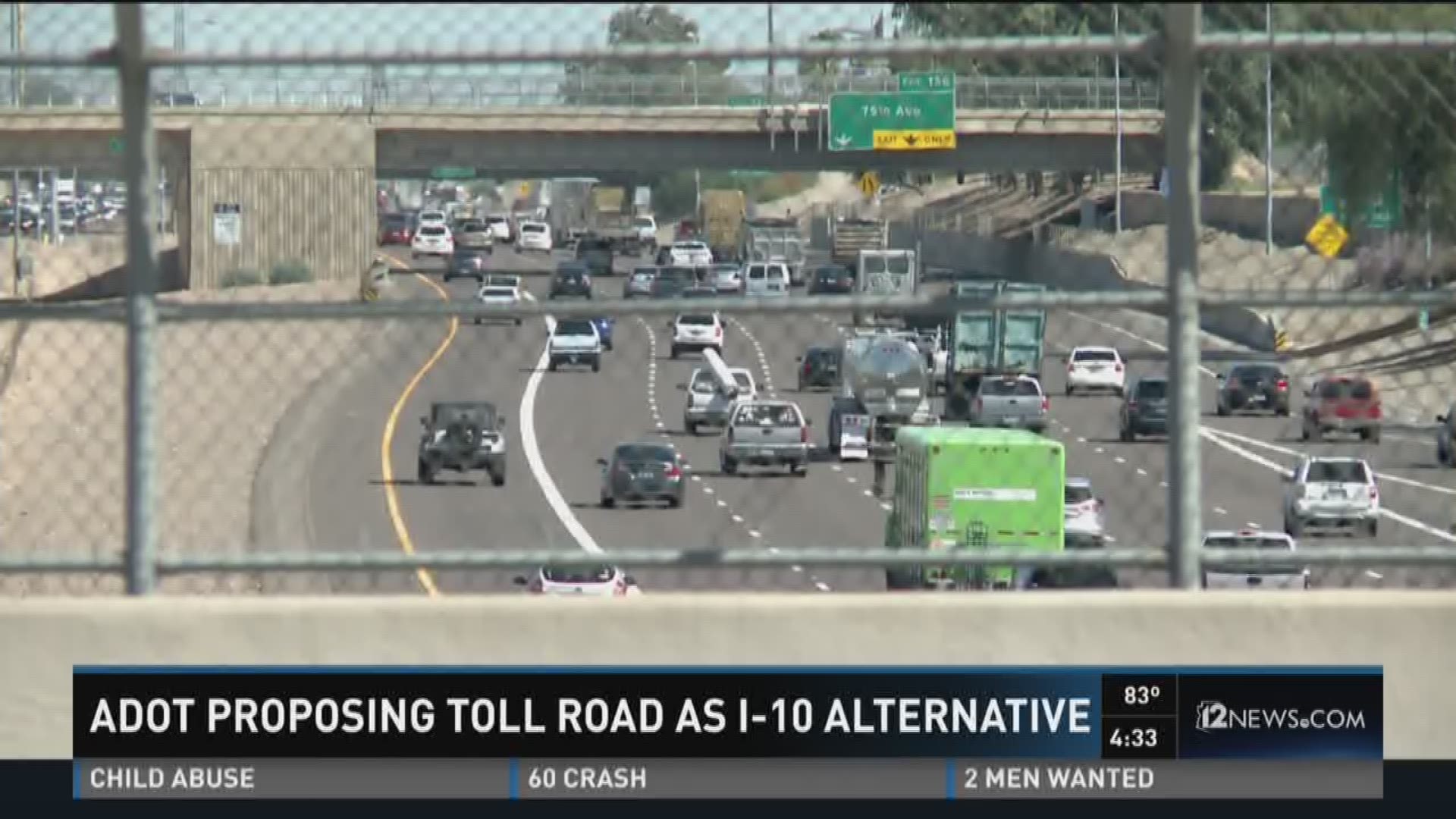 PHOENIX - The consensus is clear among regular drivers on Interstate 10.

"There's a lot of traffic and a lot of angry drivers it creates," Arin Alexander said.

"There's so much traffic that it's a moving parking lot," Richard Benson said. It's so bad, he said, he won't drive on I-10 through Phoenix unless he absolutely has to.

In order to get things moving in the right direction, voters gave the go-ahead for a regional freeway plan in 2004 that included building an "I-10 reliever" that was to be called State Route 30.

"It is a planned freeway," Arizona Department of Transportation spokesman Doug Nintzel said. "The challenge is that with the downturn in the economy late last decade, we don't have the traditional funding to look to build (SR 30), at least not before the year 2025."

The proposed State Route 30 corridor would stretch from I-17 at the Durango Curve west to State Route 85, a distance of about 30 miles through the southwest Phoenix area. And to entice drivers to forego driving into another traffic headache for a clearer stretch of road, the state would charge a fee or a toll for a smoother, quicker commute.

The idea of paying for the convenience of a less hectic driving experience was met with mixed reviews by west Valley drivers.

"I wouldn't drive on a toll road," David Snow said. "It's not busy enough for me to want to pay to drive home or back and forth to work."

"I've driven a lot of toll roads in different parts of the country and it is well worth it," Alexander countered. "Colorado is amazing, because it's all automated, and even the roads in California -- you can get off the main roads and pay the toll roads. It's well worth it."

ADOT will be studying the toll road option for the next six months.