Canyon Winds, the facility where 90-year-old Lawrence Bearse was living, has declined to comment on the incident. 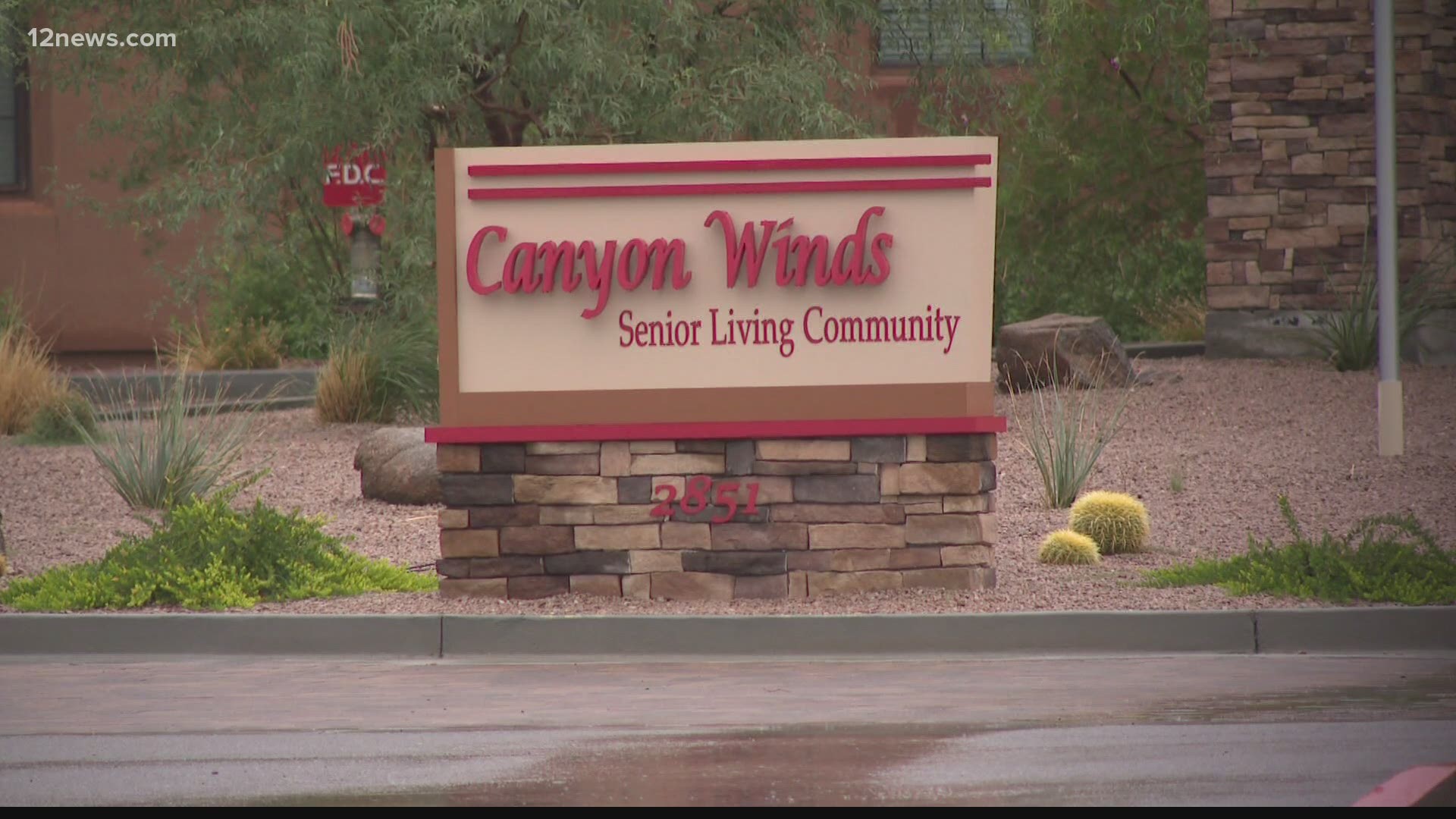 MESA, Ariz. — The Arizona Department of Health Services has launched an investigation into Canyon Winds Assisted Living and Memory Care in Mesa after a 90-year-old resident was found dead in a transport van in the facility's parking lot.

Lawrence Bearse's family told 12 News that he was placed in the facility in June of 2020 due to his advanced Alzheimer's. He was a proud Marine who served in the Korean War.

Kylie Bearse, Lawrence Bearse's granddaughter, said he was taken by Canyon Winds staff to a doctor's appointment around 3 p.m. Wednesday. When his wife of 67 years came to visit him around 11 a.m. Thursday, staff did not know where he was.

He was located deceased in the van after a search.

“It’s a lot of anger. The sadness will come but right now. It’s just, how could this happen?” Kylie said.

According to an ADHS spokesperson, Canyon Winds self-reported the deadly incident which triggered the state investigation. ADHS staff were on-site at the facility near McDowell and Power roads on Friday.

According to ADHS data, the state last inspected the Mesa facility in May and cited Canyon Winds twice. One citation was for failing to administer some residents the proper medication. A second citation was issued for failing to ensure fire extinguishers were up to date.

The Mesa Police Department is continuing its investigation into the deadly incident as well. A public information officer said that as of Friday morning, there were no new updates to provide.

"Unfortunately I have no comment at this time," said a woman who answered the phone at Canyon Winds on Friday.

12 News attempted to reach the manager and owner listed on the Arizona Corporation Commission website. No phone calls were returned.

“This is a terrible tragedy and no family should ever have to experience this," said Brian Lee, the executive director of Families for Better Care.

Lee said there are specific regulations that outline protocol for when a resident of a long-term care facility is taken off-site to a doctor's appointment.

“They would check the individual before transport and then check in with that individual when they get back to the facility to make sure that they’re safe," Lee explained. “Somewhere there was a breakdown and I’m hoping that the facility is doing an internal investigation.”