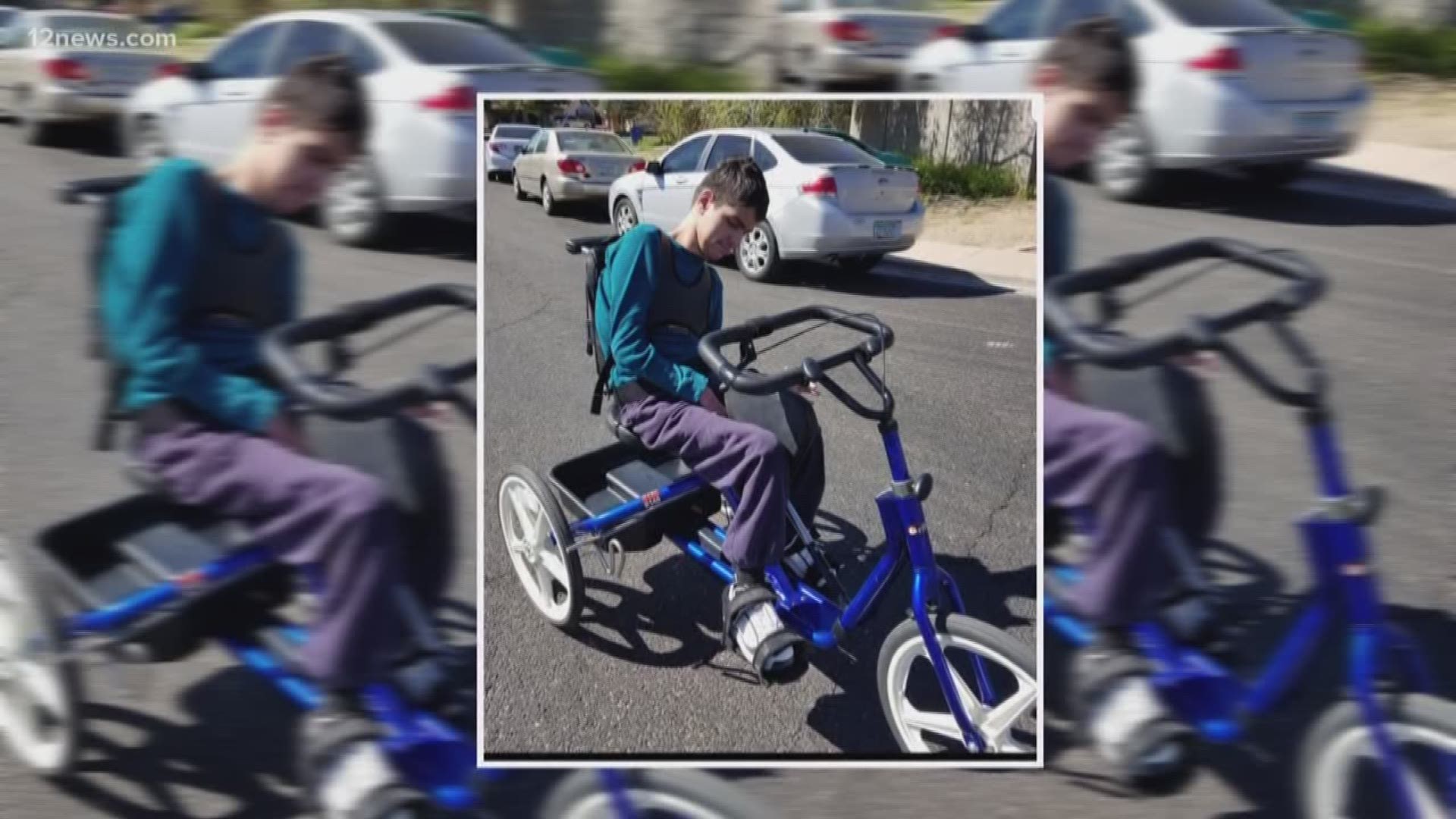 MESA, Ariz. — A bike adapted for a teen with special needs was stolen from the family’s backyard last weekend, the family said.

Stephanie Rankin's 14-year-old son, Beorn, was born with DNM1 gene mutation which is a rare genetic distorter, causing him to be non-verbal and reliant on a wheelchair to get around.

Beorn can't ride a normal two-wheel bicycle. So, his family bought him an expensive adapted bike just under a year ago.

Over the weekend someone jumped their fence, cut the lock on this inside of the yard and walked away with Beorn's special bike.

This bike was also used for therapy with his condition.

The family is devastated since this isn't something they can go out and replace easily which would cost around $2,500 with all the special attachments and harnesses.

“It’s been kind of a roller coaster this last few days. Initially is that heart-dropping realization that is gone. Anger, that somebody took it. And then, as a parent, grieving that this is something that you kid really enjoyed and there’s not a whole lot of that. There’s not a lot of things that I can do for quality of life for him and this is one of those. This is heartbreaking,” said the teen’s mom.

The family just wants the bike back, no questions asked.