Days before police say Curtis Bagley killed a man, he was arrested outside the 12 News studios. 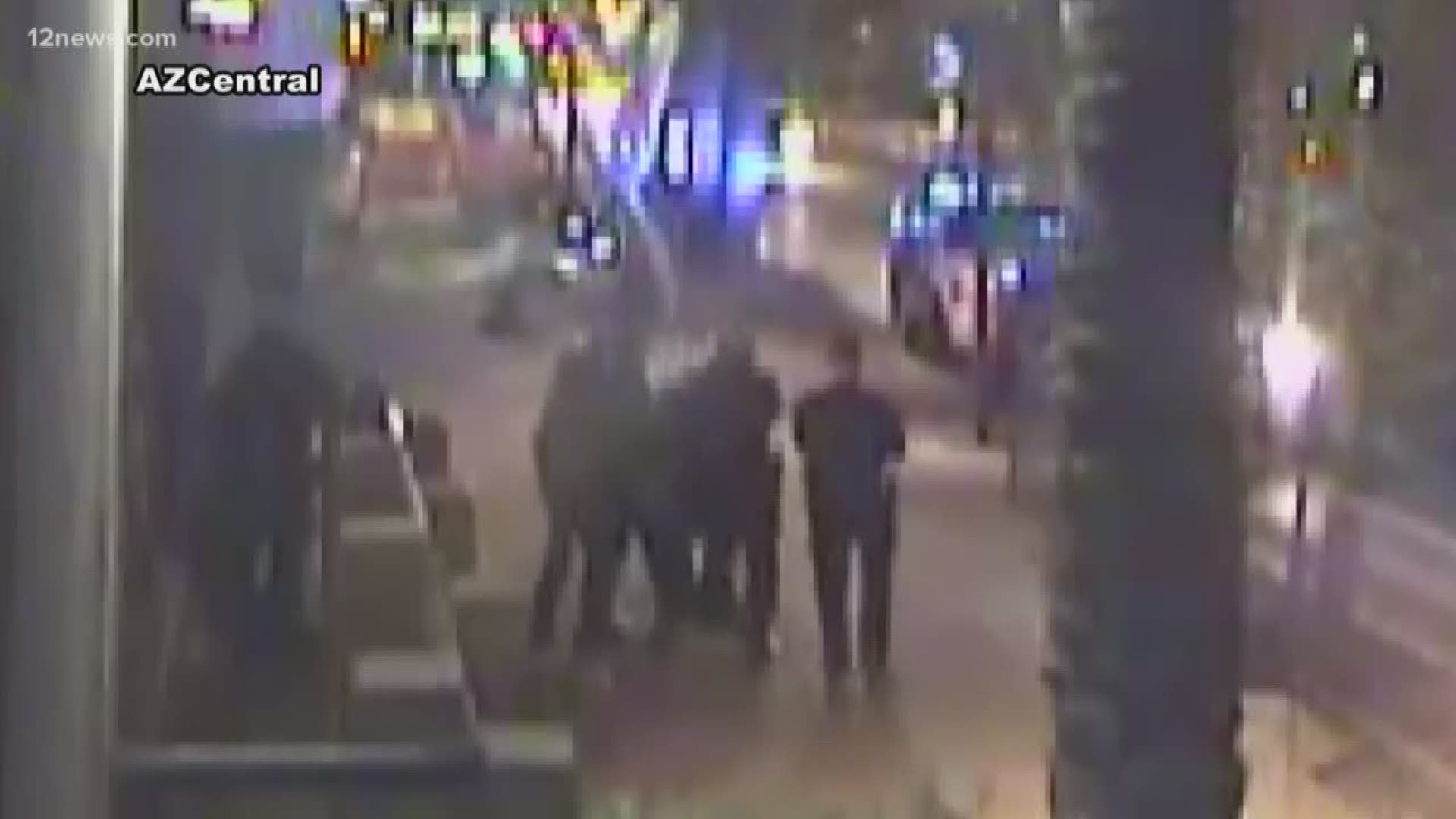 PHOENIX, Ariz. - About a week before police say he killed a man inside his central Phoenix home, 38-year-old Curtis Lamont Bagley was arrested just outside the 12 News studios and it was caught on Arizona Republic surveillance cameras.

On March 23, just before 10:30 p.m. as 12 News at 10 was coming to an end, a chaotic scene unfolded on Van Buren Street. Bagley was acting erratically, so building security guards called the police. It took several officers to arrest Bagley.

Phoenix Police sent 12 News a statement regarding the incident, saying in part: "Due to his erratic behavior, officers petitioned him in for a mental health evaluation."

Bagley was then evaluated at the Urgent Psychiatric Care Center, according to police.

It is unclear how long he stayed there before a doctor cleared him, but eight days after the incident outside 12 News, Bagley was arrested and charged with first-degree murder.

"The individual came all the way down here and killed this man," said Walter Crutchfield, a neighbor of the victim.

Bagley is accused of brutally murdering Joshua Fitzpatrick inside his own home near 7th Avenue and McDowell.

According to court documents, Bagley broke into the home in the middle of the night. He then allegedly took a knife from Fitzpatrick's kitchen and stormed into his bedroom.

Fitzpatrick fought Bagley while his wife hid under their bed. Bagley ultimately stabbed Fitzpatrick to death, according to police.

"This was an amazing young man who loved this neighborhood," said Crutchfield.

UPC said they are legally unable to tell 12 News why Bagley was released.

"We have a breakdown here and I don't think anybody means anything, but we're not communicating," said Crutchfield.

Neighbors like Crutchfield are devastated and angry. They say violence has taken over their quiet neighborhood and something has to change.

"These are transients. These are more violent career-criminals," Crutchfield said.

Residents in that Central Phoenix neighborhood are meeting Wednesday night at 7 p.m. at Phoenix City Hall to discuss the recent violence and come up with ways to make the area safer.

Friends of Joshua Fitzpatrick have set up a GoFundMe page to assist the family with any financial burden associated with the tragedy.