A family says goodbye. Three murdered children were laid to rest in Oklahoma. 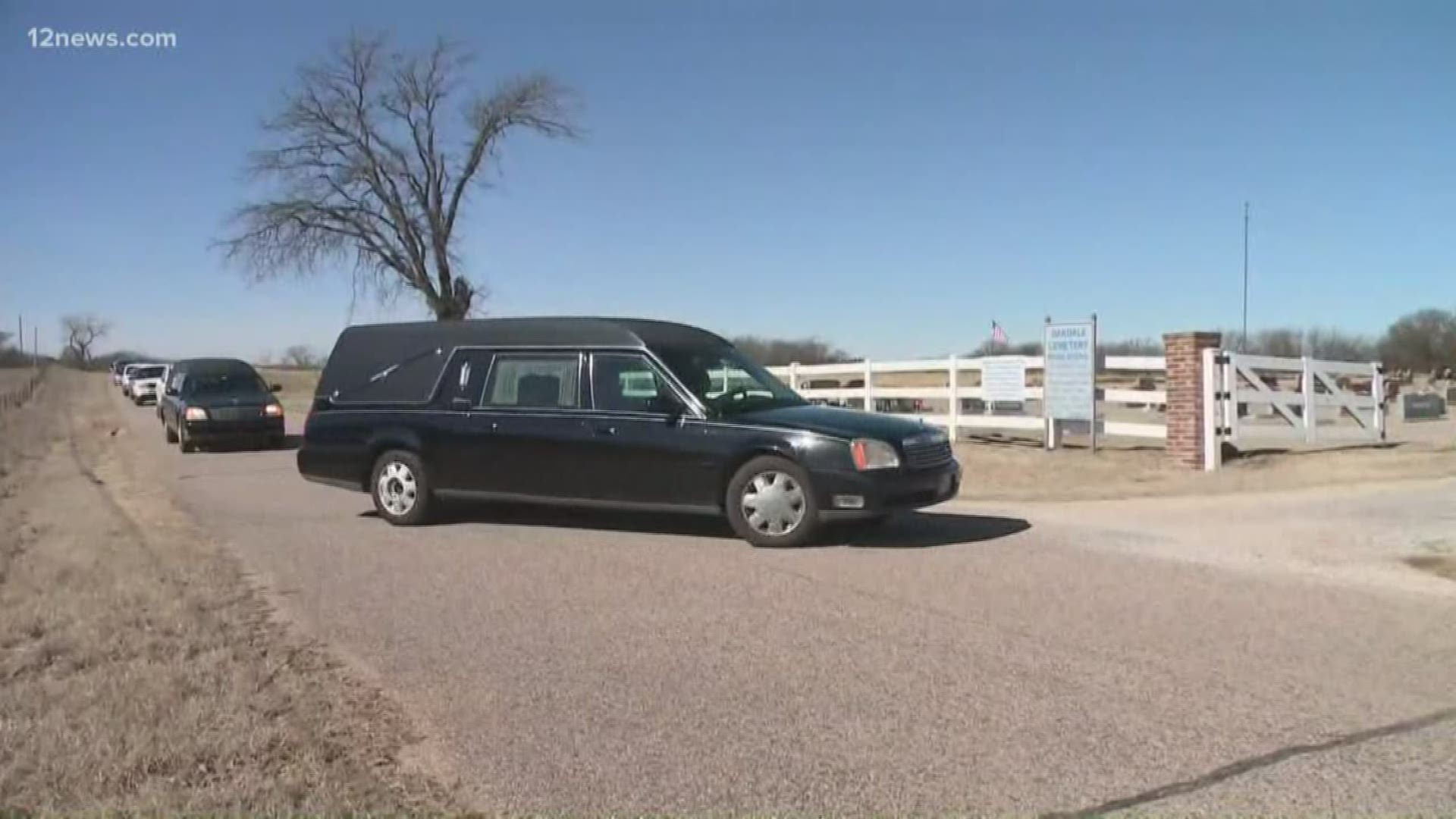 OKLAHOMA, USA — A small town in Oklahoma is the final resting place for Zane, Mireya, and Catalaya: three children that police say were murdered by their own mother.

“I won’t ever get to see them smile, laugh," Pedro Rios, the father of the three children, said.

The family laid the children to rest in Paden, Oklahoma, a town close to where the family is originally from, on Saturday. Attendees gathered to remember the three children, who were all under the age of three.

“My love for them doesn’t stop just because they are not here anymore..” Pearl Rebolledo, the children’s great aunt said. “I can’t look at the videos yet because it’s hard, but one day I will and I will smile with them when I was taking those (home) videos."

According to police, she confessed to killing two of the children in the next room as Pedro was in another room. Pedro told 12 News he fell asleep and believed his girlfriend, Rachel, when she said she was putting the children down for a nap. He found the children's' bodies after he woke up.

“I couldn’t get that image out of my head, the way I found her.” Pedro Rios said. “[They're] in a better place now."

Though the kids have found their final resting place, the family said it will take some time to recover. They also know the issue at the heart of these murders have not been put to rest with the children.

While the family mourns, Rachel Henry sits in jail, charged with the kids murder.