A danger at many speeds: Phoenix's most dangerous intersections

The city's study reveals the most dangerous intersections aren't always the biggest ones. 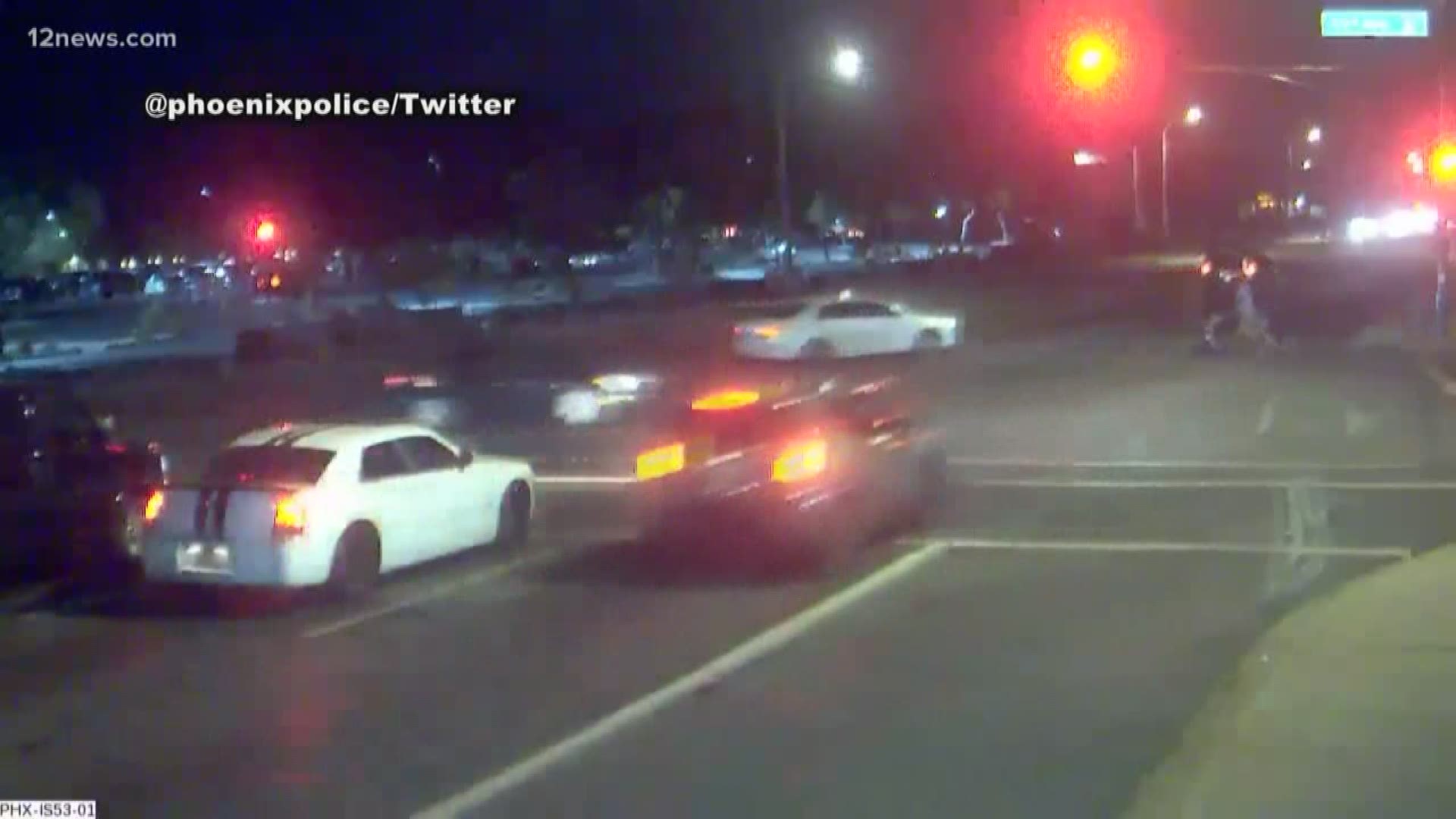 PHOENIX — As the City of Phoenix considers bringing back red light cameras, new numbers are revealing the most dangerous intersections in the city.

The Phoenix Street Transportation Department came up with a list of about 600 intersections that are among the top scoring in the city when it comes to the most red light and other serious crashes.

The department took data from 2016 to 2018 looking at red light crashes, serious and deadly crashes, along with pedestrian crashes with at-fault drivers to give each intersection a score to determine which intersections had the most collisions.

This intersection had 25 red light crashes and 3 serious or deadly crashes. The score the Street Transportation Department gave it was 195.

This intersection had 20 red light crashes and 1 serious or deadly crash, which earned it a score of 175.

With 22 red light crashes and 1 pedestrian crash, this intersection was given a score of 165.

This intersection was given a score of 130, as it had 25 red light crashes.

"I thought it was a great metric for where we should be deploying and prioritizing red light cameras," Phoenix Mayor Kate Gallego told 12 News.

Gallego is supportive of the cameras, saying they're just one tool she believes can help make Phoenix streets safer.

"This provided us a good sense that there are challenges across our entire city and that we need to have the tools to address it," Gallego said.

Critics of the cameras often claim they're just a revenue source. According to the city the cameras brought in more than $7 million between Sept. 2009 and Sept. 2019.

RELATED: Young child among those injured in 2-vehicle crash at Phoenix intersection

Gallego said she wants to see the program pay for itself, but not pay for other parts of the city.

"I would like to see a program that focuses on safety first. It's not about how much money we collect but how we can make sure all of our residents get home safely," Gallego said.

None of the 12 intersections that had red light cameras in Phoenix made the top 24 most dangerous and Gallego claims that's proof that they work.