Talking to your children about 9/11 nearly 2 decades later

For those of us old enough to remember, it’s a moment we’ll never forget.

TEMPE, Ariz. — Eighteen years later, and we’re still learning lessons from one of the darkest days in American History.

For those of us old enough to remember, it’s a moment we’ll never forget.

What we were doing.

Who we were with.

These are memories our nation’s youth and even young adults don’t have because they weren’t alive in 2001.

Time is making this day something parents need to discuss with their children as conversations are inevitable.

“A lot of Americans died,” Taylor Hoffman said to her 6-year-old daughter while walking through the Tempe Healing Field.

RELATED: America to commemorate 9/11 as its aftermath extends and evolves

“You don’t want to scare your kids too much, but you want your kids to understand that bad things do happen,” Hoffman said.

Bad things are hard to talk about with kids and there’s no right or wrong way to have the conversation.

Hoffman is trying to keep it simple, yet let her daughter know this is a big deal. “Every single flag is one of the Americans who died in that attack,” she said.

Nights like the one she is having with her daughter at the Healing Field make it easier for her to cope with the conversations, but these conversations are never easy.

Places to take the family to remember

You can see thousands of American flags throughout Tempe Beach Park through Wednesday night. A candlelight vigil will take place at 7 p.m. 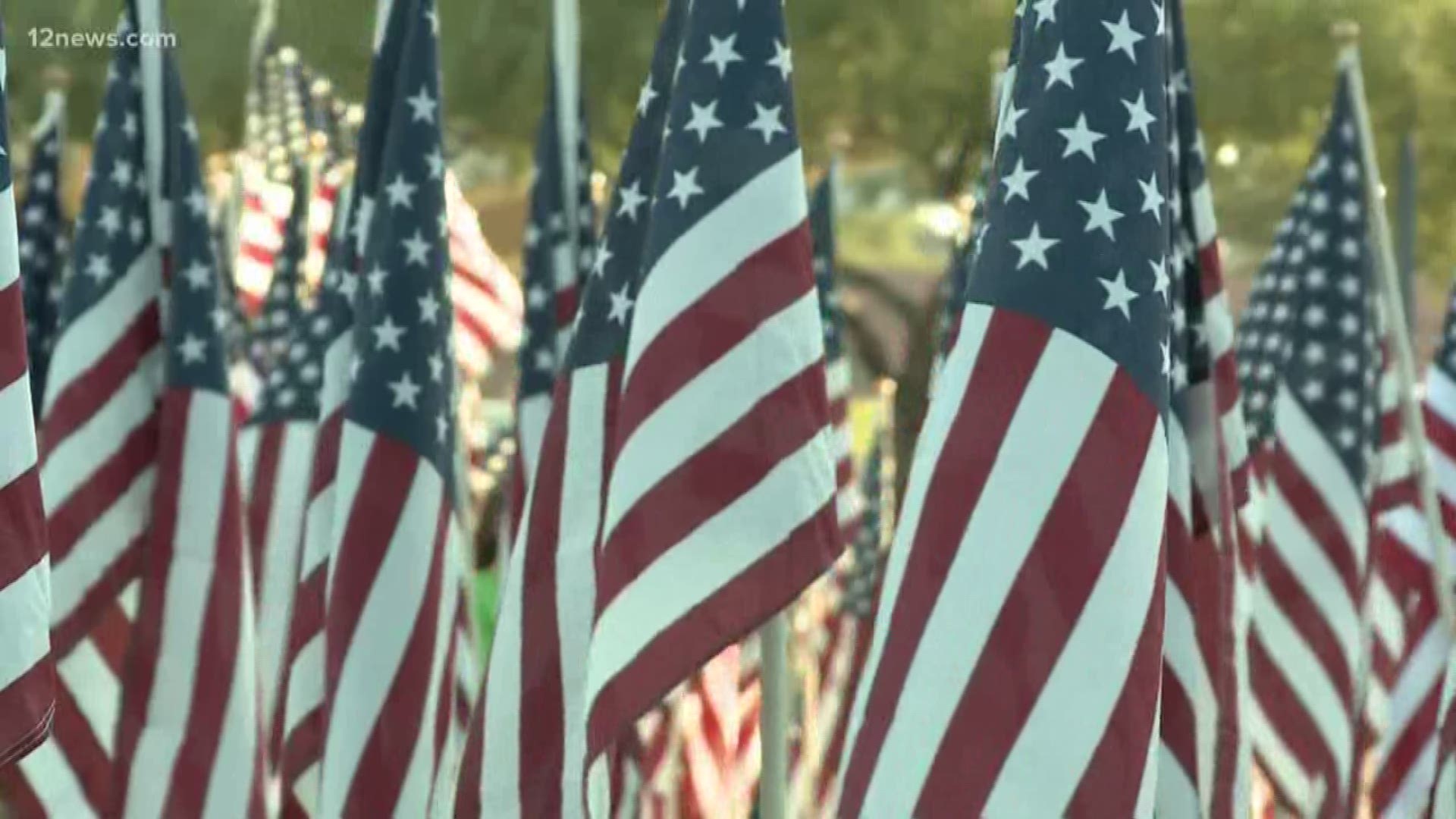 Carefree resident Bob Jenkins was inside one of the World Trade Center towers when the first plane hit, according to Carefree's website. Jenkins will be sharing his memories starting at 6 p.m. Wednesday.

On Sept. 15, Goodyear firefighters will be hosting an annual 9-11 Memorial Ceremony. Breakfast will be served after the ceremony. The event begins at 7:30 a.m.

You can join Gilbert firefighters and police officers at a ceremony that starts at 6 p.m. Wednesday. The Tribute in Light will begin around 7:30 p.m.