Police said no officers are injured. 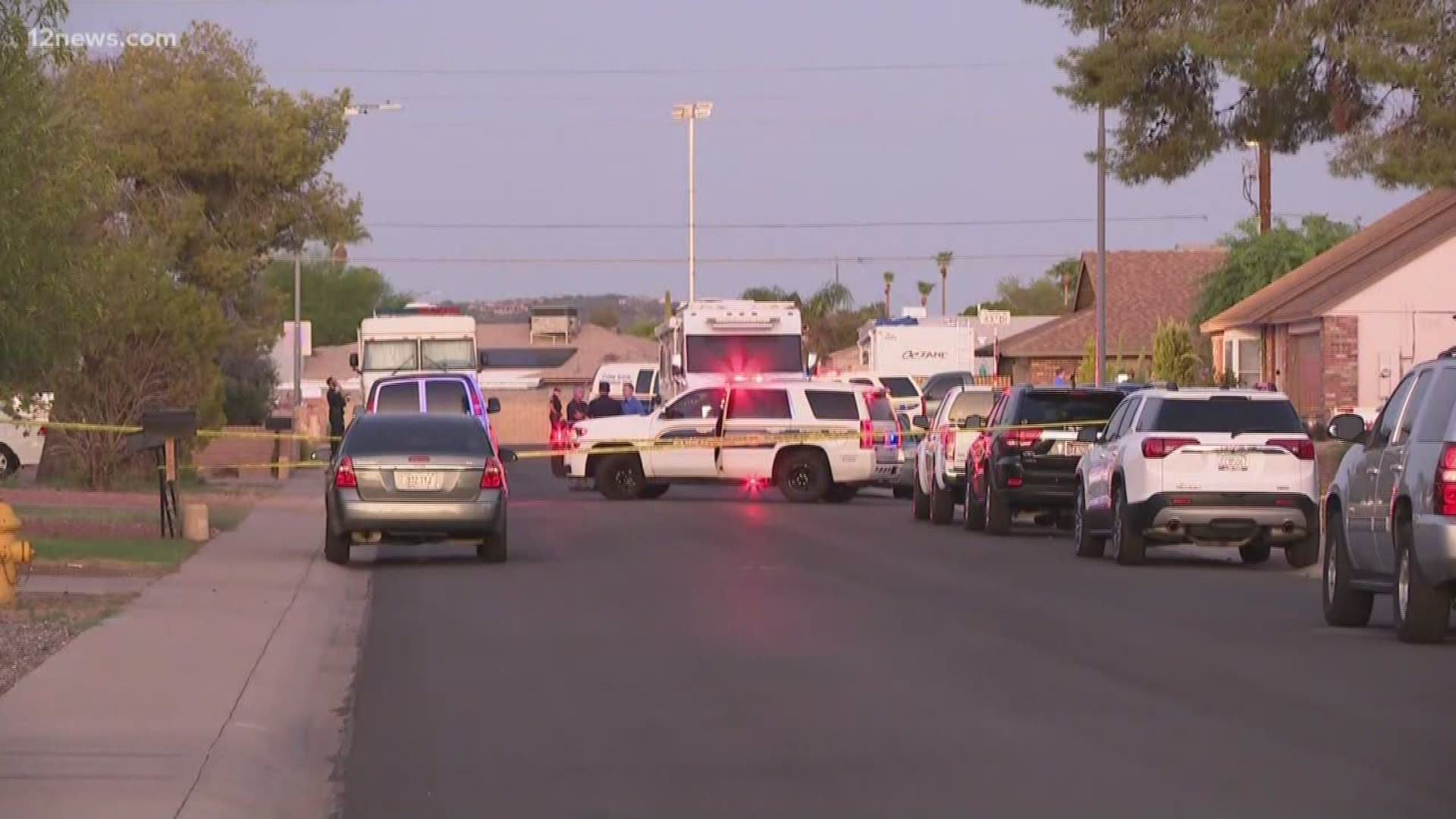 PHOENIX — A suspect has died and no officers are injured after a shooting involving Phoenix police near 43rd Avenue and Thunderbird Road, according to police.

Police said they responded to a call of domestic violence where a woman was attacked by a family member and seriously injured. Police did not specify how the woman and suspect are related.

The victim went to a neighbor's house, and the neighbor provided care and sent the woman to a nearby hospital, police said. The woman is still being treated at the hospital for her injuries.

Police said the suspect in the incident emerged from his home armed with a handgun and a knife as officers were at the neighbor's house.

According to police, officers shot the suspect after telling him multiple times to drop the weapons. Police said officers then used less lethal means to separate the suspect from the weapons.

Police said both officers who fired at the suspect have less than three years of experience on the force and were wearing working body cameras.

The 47-year-old suspect was taken to a local hospital in extremely critical condition and was later pronounced deceased.