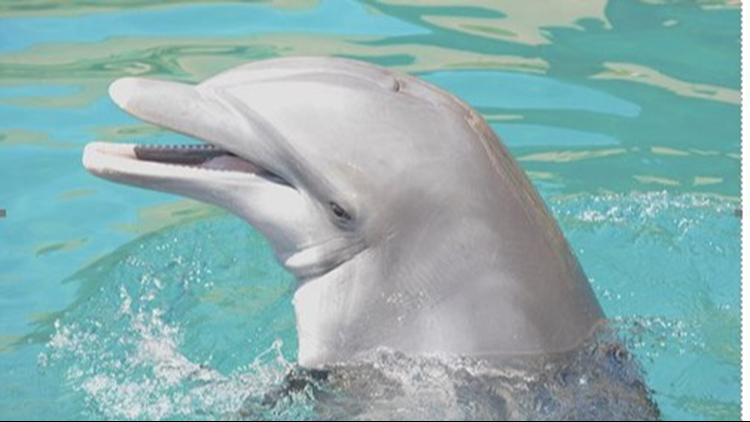 4th dolphin dies at Dolphinaris Arizona since it opened

A fourth dolphin has died at Dolphinaris Arizona since the facility near Scottsdale opened in October 2016.

According to a statement from Dolphinaris, a 22-year-old Atlantic bottlenose dolphin named Kai died at 5:40 a.m. Thursday.

The statement says Kai started showing signs of a health decline two weeks ago and had difficulty swimming, eating and breathing.

“After the veterinary team administrated hours of critical care, including providing him oxygen, medicine and x-ray testing, Kai's condition continued to decline. We made the extremely difficult decision to humanely euthanize Kai ensuring he would pass peacefully,” the statement says.

In December, an 11-year-old dolphin named Khloe died due to a parasite called Sarcocystis, which Dolphinaris said she suffered from prior to her 2016 arrival at the facility.

In May, 10-year-old dolphin Alia died of unknown causes. Dolphinaris said the cause would be determined by a necropsy but never released more information about her.

Another dolphin Bodie died of “a rare muscle disease” in September 2017.

Animal rights activists have been protesting Dolphinaris Arizona since before the facility opened, saying dolphins should not be living in the desert.