Police said the pedestrian was crossing against the light when he was hit by a light-colored sedan. 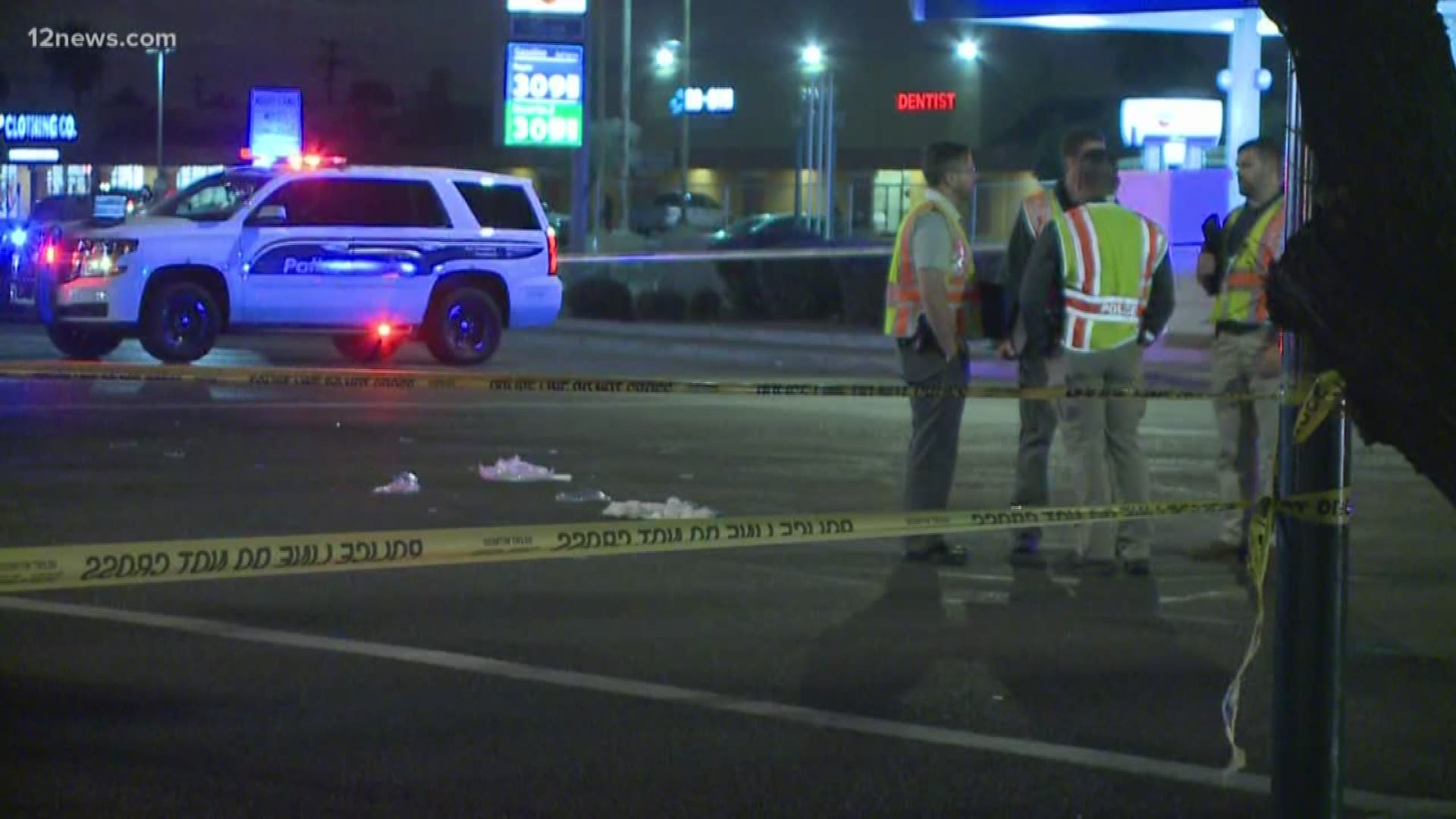 PHOENIX — A 31-year-old man was left with incapacitating injuries after he was struck by a car while crossing the street in a crosswalk in Phoenix on Thursday.

The man was crossing the street at 43rd Avenue and Thomas when he was hit by a car going east on Thomas Road. Witnesses told police he was crossing against the light.

The driver failed to remain on the scene and had the green light when continuing eastbound.

Phoenix Police said the car that hit him was a light-colored sedan, but did not have information beyond that.

The man was in critical condition with numerous injuries after the crash. It was not immediately known whether he was impaired. .

This is the fourth pedestrian in Phoenix to be hit in four days.