4,000 Valley students get lesson on financial literacy with the help of the Phoenix Suns and actor Hill Harper

The Suns partnered with the MassMutual Foundation and award-winning actor Hill Harper to bring the FutureSmart Challenge to the Valley for its seventh year. 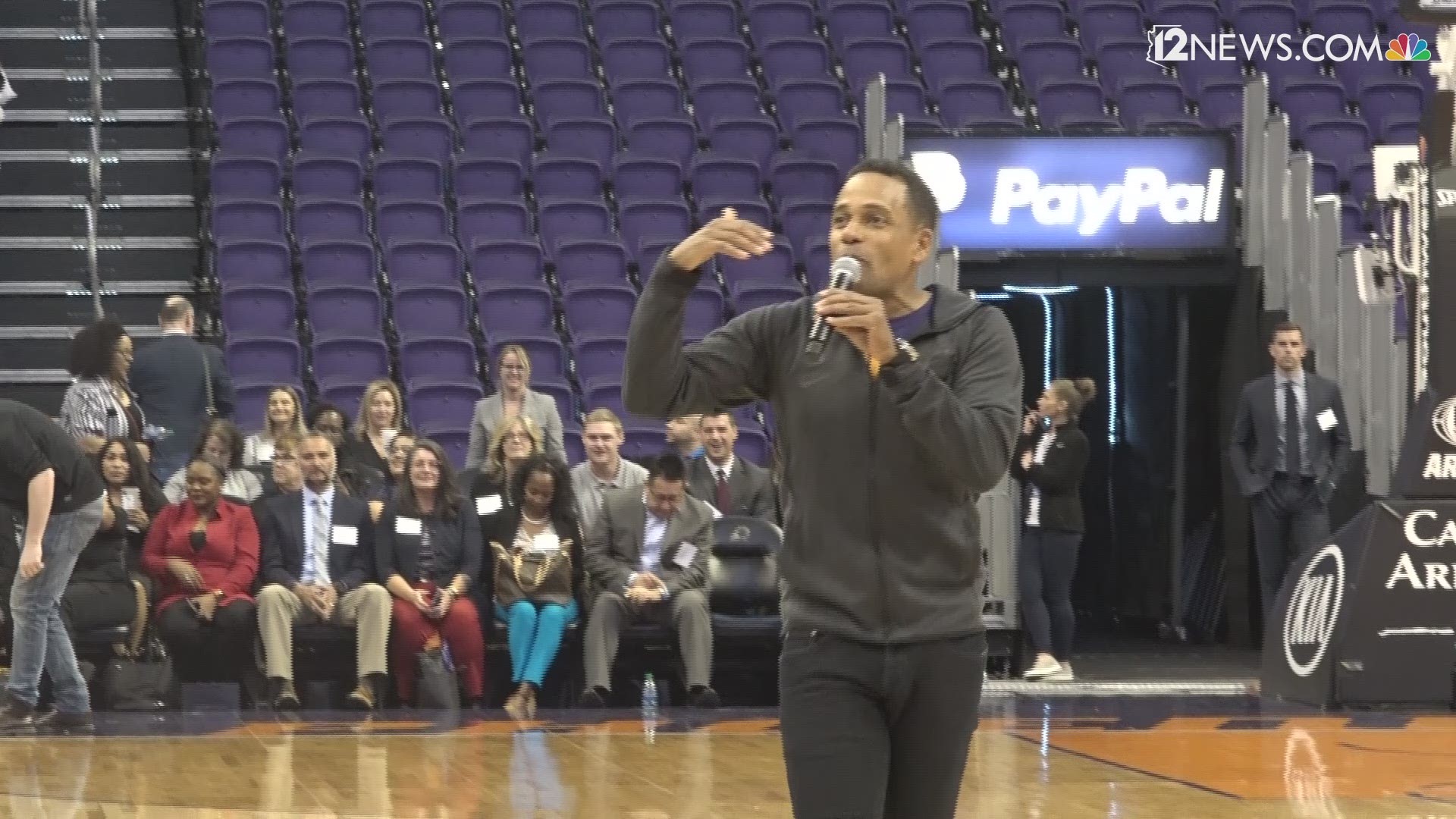 The Suns partnered with the MassMutual Foundation and award-winning actor and author Hill Harper to bring the FutureSmart Challenge to the Valley for its seventh year.

More than 4,000 middle school students piled into the arena to hear from Harper, who currently stars in the hit hospital drama "The Good Doctor," about how they can secure successful financial futures.

"Dreaming and what you can achieve is limitless if you believe it and you understand that there is a process to actually doing it and hard work is involved," Harper said.

The morning was kicked off with music, dancing and some fun games.

"The Phoenix Suns represent something so special to them. And what we are able to do is leverage that excitement into teaching something they would otherwise wouldn't know they are excited about like financial literacy," Harper said.

Harper discussed the importance of money, the impact education and career-choice has on income and the power of saving money.

Harper was not the only special guest in the building. Suns forward Cameron Johnson, a two-time Academic All-ACC selection in college and current graduate student, made an appearance.

Over the past seven years, about 25,000 students have participated in the FutureSmart Challenge, paving the way for the next generation to make smart money decisions.